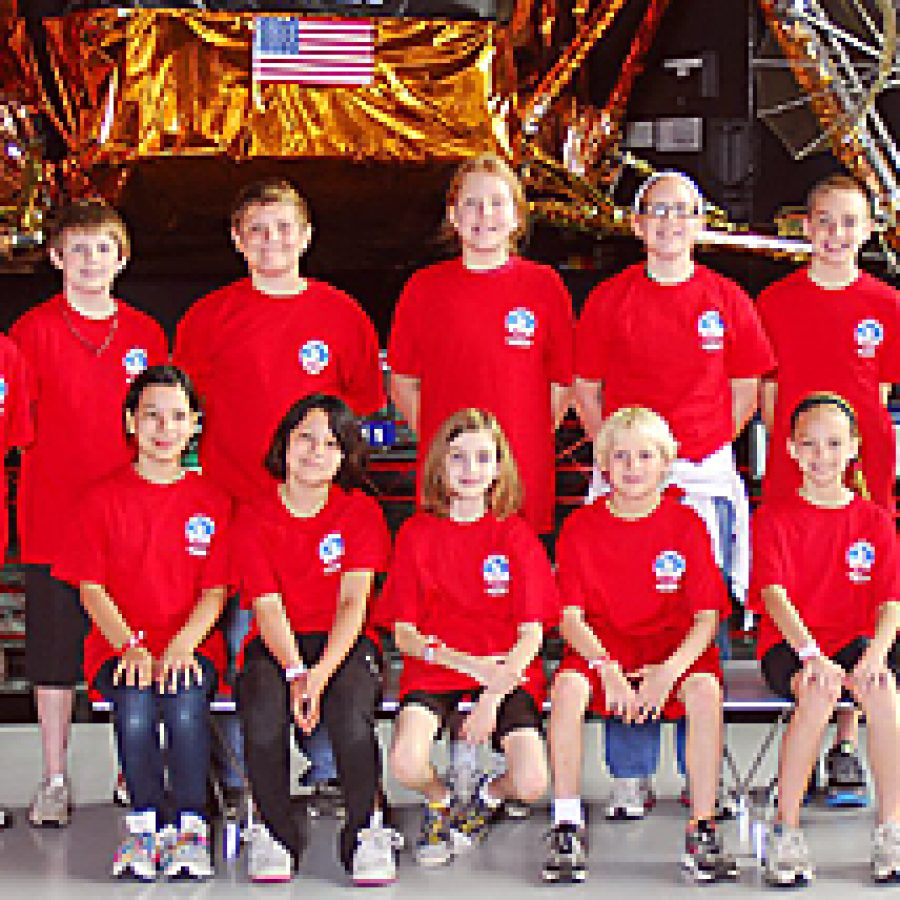 Team Collins was one of several teams from Lindbergh Schools to attend Space Camp this year.

More than 60 fifth-graders in the Lindbergh Schools LEAP program for gifted students ended their school year with an out-of-this-world experience at Space Camp.

Each year, students spend the school year studying space and aeronautics, then blast off for a weeklong trip to the U.S. Rocket and Aviation Center in Huntsville, Ala., according to a school-district news release.

Upon arrival, students were placed on teams and worked together all week studying space exploration and preparing for two simulated missions aboard the International Space Station. They experienced weightlessness in the 1/6th gravity chair, climbed a Mars wall, took a spin in the multi-axis trainer, and operated a manned maneuvering unit, the release stated.

In addition, fifth-grader Emma Deutschmann of Long Elementary School received the camp’s highest award  The Right Stuff Award  which is given to a student who goes above and beyond in leadership, teamwork and technology.