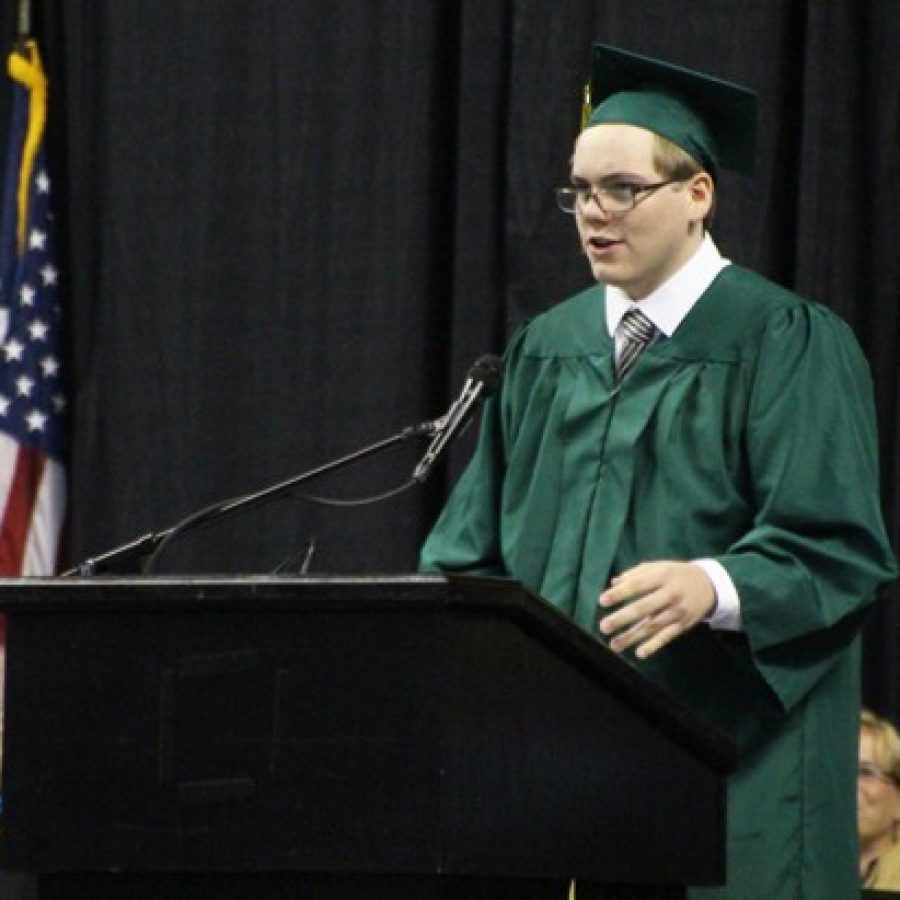 Senior speakers Kaley Burroughs and Nathan Herd addressed their peers at the event, reminding them that they are indebted to the experiences they received at Lindbergh High School.

Burroughs noted that the seniors had been together 1,383 days since their first day of freshman year. Since then, she said, they have learned the importance of perseverance, character and organization. “Because of all of you, I am an infinite number of memories in debt,” Burroughs stated in the news release.

“The things we did together as Lindbergh students, we have as a foundation to hold us up,” Herd added.

He encouraged his classmates to remember that “we are all a part of this green and gold community.”

Once again this year, LHS was ranked among America’s best high schools by U.S. News and World Report and the Washington Post. In this year’s class, 221 students were awarded 632 scholarships, including 40 Missouri Bright Flight Scholarships; 15 athletics scholarships; and 30 music, theater and arts scholarships. More than 30 percent of graduates are A+ Scholarship candidates.

Lindbergh High School’s Class of 2016 by the numbers: