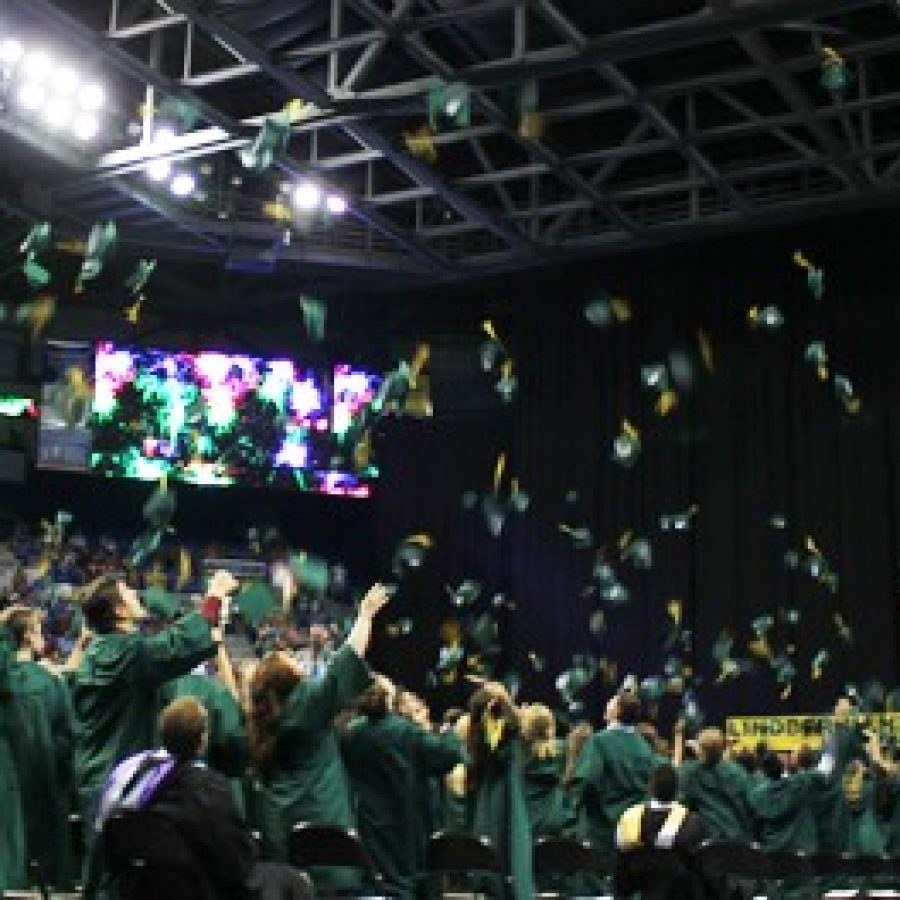 Members of the Lindbergh High School Class of 2015 toss their mortarboards in the air, in celebration of graduation Tuesday at Chaifetz Arena.

Senior speakers Christian McCoo and Kristen Ohler addressed their peers at the ceremony, reminding them to stay connected and continue reaching for success, according to a district news release.

“We all know firsthand that change begins with us, if we just go out and do it,” Ohler stated in the release.

Ohler led the high school’s annual Toys for Tots drive this year, which was sponsored by the senior class. Together they collected $10,500 to help children in need have a happy holiday.

“High school is where you begin to find out who you are, and college is where you will claim your identity,” stated McCoo, who graduated alongside his twin brother, Kenyon.

He encouraged his classmates to “be your own challenge, and keep reaching for loftier heights.”

Once again this year, Lindbergh was ranked among America’s best high schools by U.S. News and World Report and the Washington Post — with good reason, according to the release. In this year’s class, 224 students were awarded 569 scholarships, including 41 Missouri Bright Flight Scholarships; 16 athletic scholarships; five music, theatre and arts scholarships; and 250 A+ Scholarship candidates.