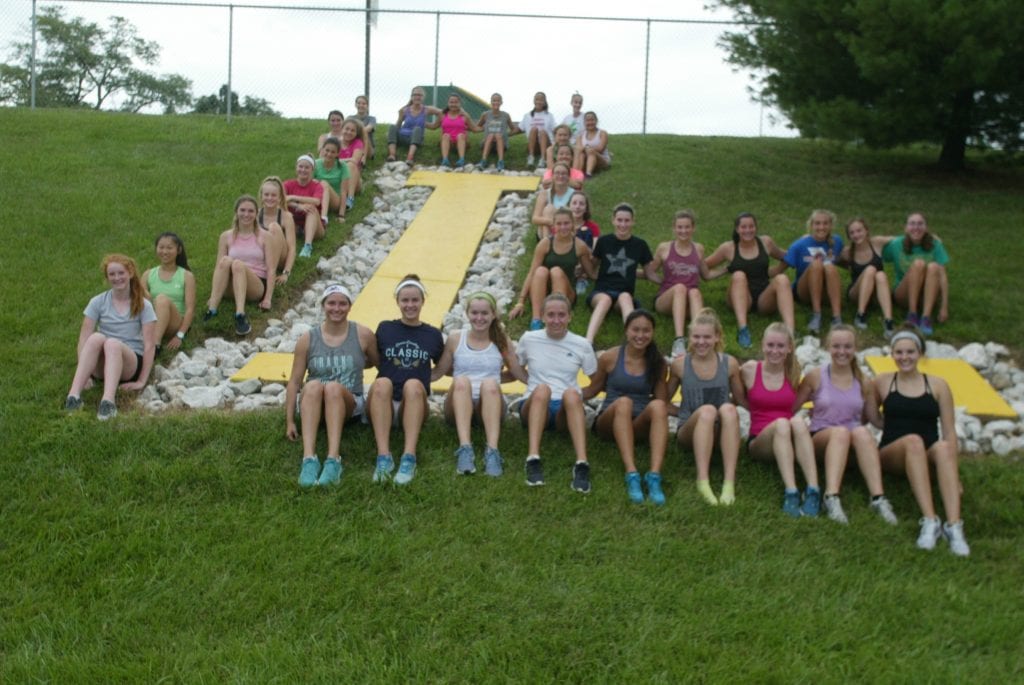 The many girls who turned out for the Lindbergh girls’ cross country team will lead the way for the team in the future, with a large field of freshman runners. Photo by Bill Milligan.

She has 14 freshmen among the 40 girls who tried out this fall, all of whom reported to camp having run during the summer to prepare for what’s ahead.

“I’m trying to establish a program with a tradition of girls who have a passion for running,” said Fischer, herself a former Missouri state champion harrier.

Fischer is in her second season coaching the Flyers after taking over last year from longtime coach Tom Gose, who retired at the end of the 2016 season.

This year, the Flyers will be paced by returning senior Abby Juedemann.

She finished ninth in the state last season and has a personal best time of 18:53 on the 3.2-mile circuit.

“I have six returning from the top seven runners from last year,” Fischer said.

“It’s hard to say who will be our front runner.’’

And the Flyers have plenty of depth, with eight seniors on the varsity team.

nine runners who are capable of leading us. We’ll have to see how they develop.”

The Flyers have set an open-ended goal for themselves this year — to have a good season.

“I hope that happens for them,” Fischer said. “They all ran during the summer. We’ll see how it is the first time they race.”

The Flyers will compete in the Brooks Memphis Twilight Meet Sept. 1.

They will also participate in the Forest Park Cross Country Festival Saturday, Sept. 8.