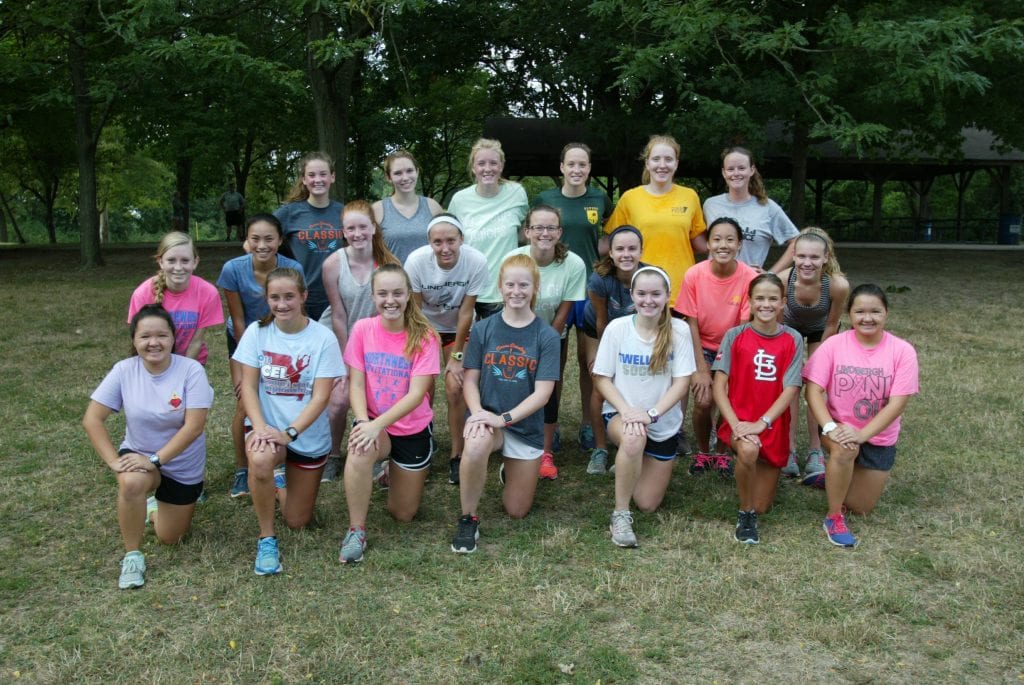 The Lindbergh High School varsity girls’ cross country team will look a little different this season without longtime head coach Tom Gose, who retired at the end of last season.

Gose is succeeded by Kally Fischer. She joins the Flyers with 15 years of coaching experience, including the girls’ cross country team at Eureka.

Fischer told the Call she has confidence in the Flyers this season.

“My expectations for the season is for each girl to have fun and enjoy our running program. I want everyone to play their own unique role and strive to be the best runner they can be for the team,” she said. “My hopes for them is to have much improvement, lots of PRs (personal records) and make it to state as a team.

The Flyers enjoyed success last season, highlighted by Abby Juedemann, who placed 19th at the state meet — and the team as a whole just missed going to state by six points.

Lindbergh brings back several solid runners from last season, and all are expected to perform at a high level this year.

“Abby Juedemann is our top returner from last year,” Fischer said. “Then I have a pretty solid pack of runners that hope to keep developing into that great pack running.

Fischer, who was with the team as an assistant last season, said she wants to be flexible with the coaching change.

She also noted that the strength of the 2017 squad is its conditioning and camaraderie.

“Their strengths are summer running, and building relationships within the team which carry over to dedication in hard workouts,” she said.