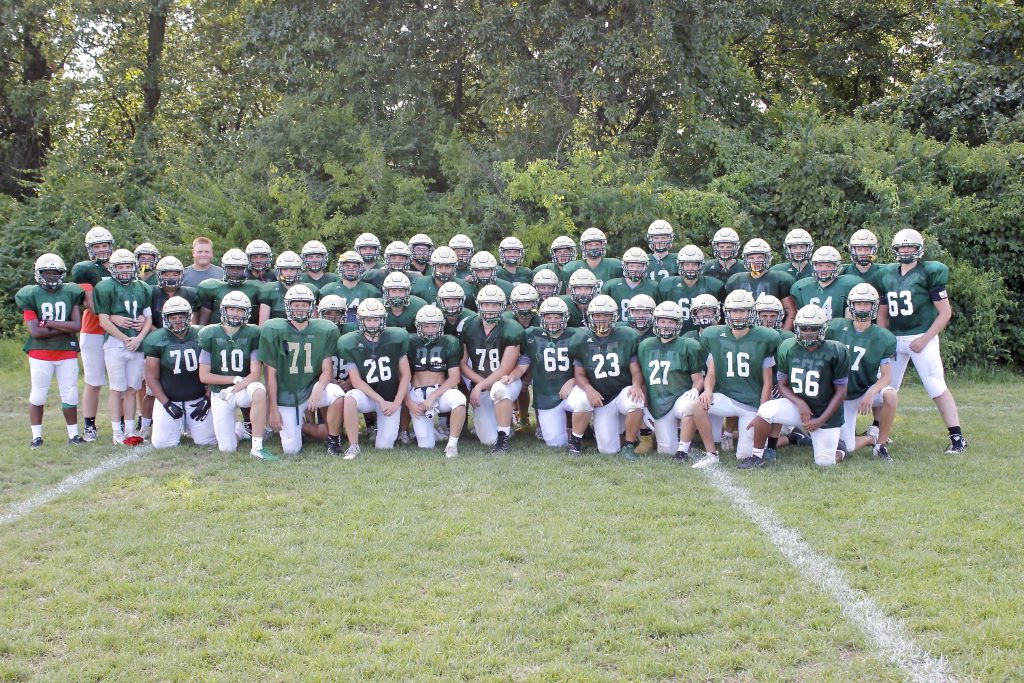 Lindbergh head coach Nathan Norman says his team has been in the weight room this summer and is ready to hit the field and get to the sectionals again. Photo by Erin Achenbach.

After suffering a 56-10 loss at Joplin in the Missouri Class 6 football sectional last season, the Lindbergh Flyers hit the weight room and worked toward bringing their “tough and gritty” style of play to the field for 2019.

“I can’t say enough about how the kids have practiced this summer,” Lindbergh head coach Nathan Norman said. “The guys have been really committed to the weight room, and I’m proud of what they have done. In order to be good, you have to commit to the weight room and to summer practice, and they’ve done that.”

Leading the Flyers on the ground attack this season is senior running back Bobby Tessler. In 2018, Tessler racked up 1,029 yards rushing and 11 touchdowns.

“Bobby is a great young man and is one heck of a football player,” Norman said. “He’s never missed a practice in two years and we’re looking for big things out of him this year.”

Junior Logan Kopp will also see time at running back as well as middle linebacker this season. As a sophomore, Kopp hammered out 181 yards rushing and 201 yards receiving with four touchdowns. On defense he recorded 67 tackles with three sacks, two fumble recoveries and two interceptions.

“Logan’s another player that we’re so fortunate to have,” Norman said. “He’s a phenomenal person and a great leader on offense and defense.”

“We run a prostyle offense and we’ll be counting on them to really lead by example,” Norman said. “I’m very confident that they will be able to do that.”

“They’re all tough kids,” Norman said. “We’re going to be counting on them to be leaders because they’re tough and gritty football players.”

Senior Logan Marchand will take on the starting quarterback role this season after seeing limited time as a junior.

“Logan probably had the best offseason of anyone on the team,” Norman said. “We’re looking for him to lead the offense, and it’s now time for him to get out there and prove it in a game.”