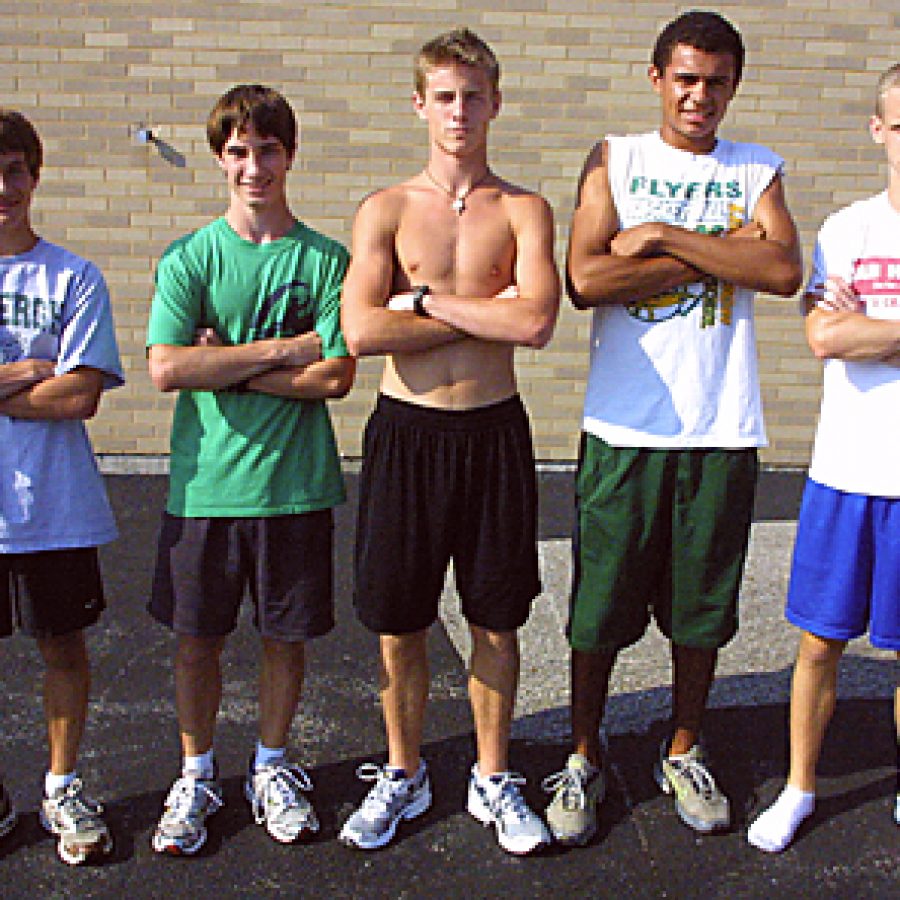 The Flyers also won the Suburban West Conference as well as the Class 4, District 1 championship, which has head coach Jim Petersen optimistic about his team’s chances to do even better at state this season.

“We have pretty high expectations this year,” Petersen said. “We return nine of our top 10 from last year where we won our conference, our district and took 12th at state.”

Sophomore Blake Welch returns for the 2009 season after taking 24th overall with a time of 16:59 at state.

“Blake has tremendous ability and is a hard worker,” Petersen said. “He’s the most competitive guy that I’ve ever coached.”

Junior Taylor Kramer is another returning state qualifier who took 58th overall with a time of 17:43.

“Taylor ran at No. 3 for us last year and put in a lot of miles over the summer,” Petersen said. “He’s looked really good here in the preseason.”

Dustin Capehart is coming off a successful track and field season where the junior ran the 800 and the mile events. Last season, Capehart took 82nd overall with a time of 18:05.

“Dustin had a good track season running the 800 meters and the mile,” Petersen said. “He’s put in a lot of hard miles over this past summer.”

Junior Alex Simpher as well as sophomores Bill Iverson, Dominic Tillman, Joey DiPaola, and Jacob Luciani are all runners who could be a part of the starting lineup.