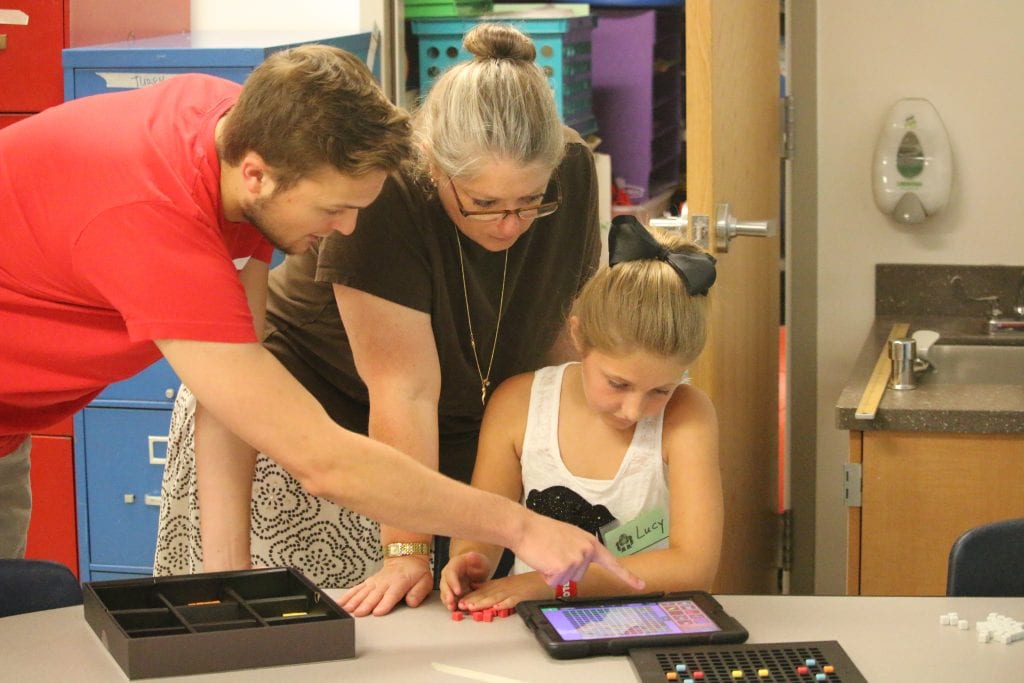 The district will host several special guest speakers during the two-week learning endeavor that concludes this week, including Lindbergh graduate Nick Groninger.

Groninger graduated from Lindbergh High School in 2016 and has been working with Pixel Press, the company that created coding game Bloxels, since he was 16.

“I met the CEO at a (St. Louis University) entrepreneurship event very early on in the company’s creation and was lucky enough to work with him later,” Groninger said.

Bloxels teaches young students the basics of coding. The terrain is first built on a physical game board that can be scanned and brought to life in the digital world.

Tarren Fritz has been teaching for 27 years, 25 of which have been spent at Lindbergh Schools. She’s been teaching at Camp Ignite since it started four years ago.

Fritz was Groninger’s first-grade teacher and reconnected with him at a technology event a few years ago.

“Even when he was still at Lindbergh High, he would come over and bring his Bloxels stuff and just do it for my class, and then he would do it for just my first-grade team, and then the library got a hold of him and he would do it for the whole school,” Fritz said. “Now we invite him to Camp Ignite so he can teach them.”

LHS English teacher Daniel Murphy is an administrator for Camp Ignite this summer. “I am having so much fun with these kids. They are enthusiastic, curious, passionate. I think what I’ve liked the most about this is seeing the kids collaborate with technology and seeing how easily the students work together. You see the Lindbergh way,” Murphy said.

“One little boy was having a hard day yesterday, and another girl in the class came up and asked if he needed help, and I could see real concern on her face. It was really neat.”