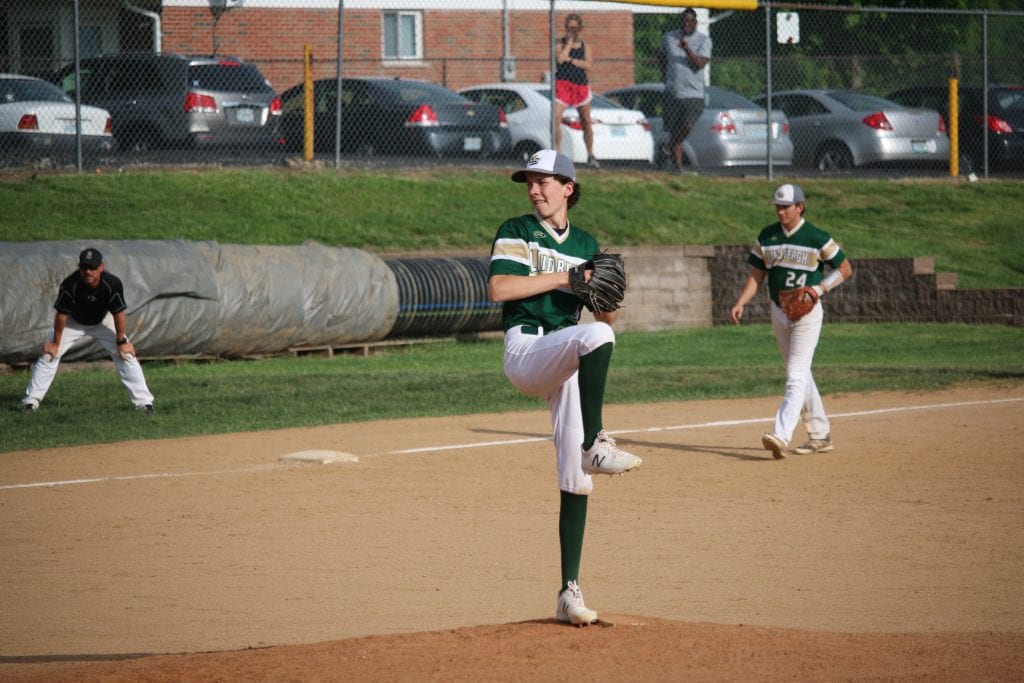 The Lindbergh Flyers cruised to a 10-2 victory over Parkway South last week behind the two-run performance of starting pitcher Evan Henson. The win for the Flyers (10-9) marked Lindbergh’s fourth win in its last seven games.

“I thought it was a good win for us,” Lindbergh head coach Darin Scott said. “Our offense came to life, and we did a nice job of driving guys in.”

Henson proved to have one of his best outings on the mound for the 2019 campaign as he gave up just two earned runs on seven hits. The senior hurler retired 11 via strikeout while walking just two for his second win of the year. He’s currently 2-3 overall with a 4.85 ERA.

“Evan is one of our main guys,” Scott said. “It was really nice seeing him come to form with districts coming up.”

Sophomore catcher Shea McGahan had a productive day at the plate as he went three for four with three runs scored and two RBIs. McGahan is currently batting .297 with eight RBIs.

“It was really good to see Shea have a breakout game,” Scott said. “He’s a really good player that’s a lot of fun to watch play.”

Also having a solid afternoon for the Flyers was junior catcher/infielder Sam Bieser, who drove in three runs on two hits. Bieser is hitting .302 with 19 RBIs.

The Flyers are back in action today — Thursday, May 2 — as they travel to Parkway South for a Suburban Conference meeting with the Patriots. Parkway South (7-13) is currently riding an eight-game losing streak.

“Year in and out, Parkway South is a good program and it’s going to be a good test for us going into districts,” Scott said.