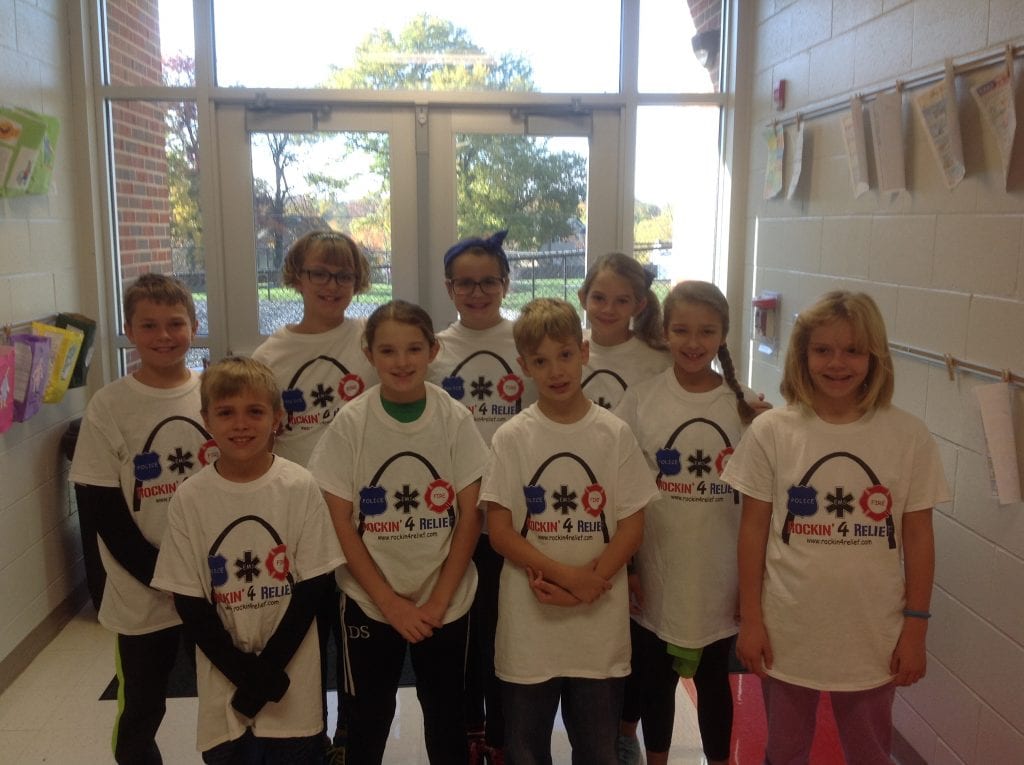 Sappington Elementary School students recently joined local students from around the area to raise more than $16,900 for BackStoppers as part of the Rockin’ 4 Relief event.
Nine Sappington fifth-grade volunteers rocked in rocking chairs at the Rock Hill Dierbergs Markets for nine hours straight to collect donations.
The Sappington students placed third out of all of the participating locations area-wide for amount of money raised with $1,600 collected, according to a district news release.
In fact, Sappington fell less than $70 short of the first and second top-ranking locations. The fifth-grade students took turns rocking in the chairs throughout the day, and one student, Chloe, stayed and supported the effort for the entire nine hours.
Sappington fifth-grade teacher Elaine McArthur said she learned about the service opportunity from Lindbergh Drug Abuse Resistance Education Officer Kathy Kelly, who enlisted Kennerly Elementary School students for the project last year and raised more than $800 during that effort.
Since 2009, BackStoppers volunteers have raised nearly $164,000 for first responders through the event.