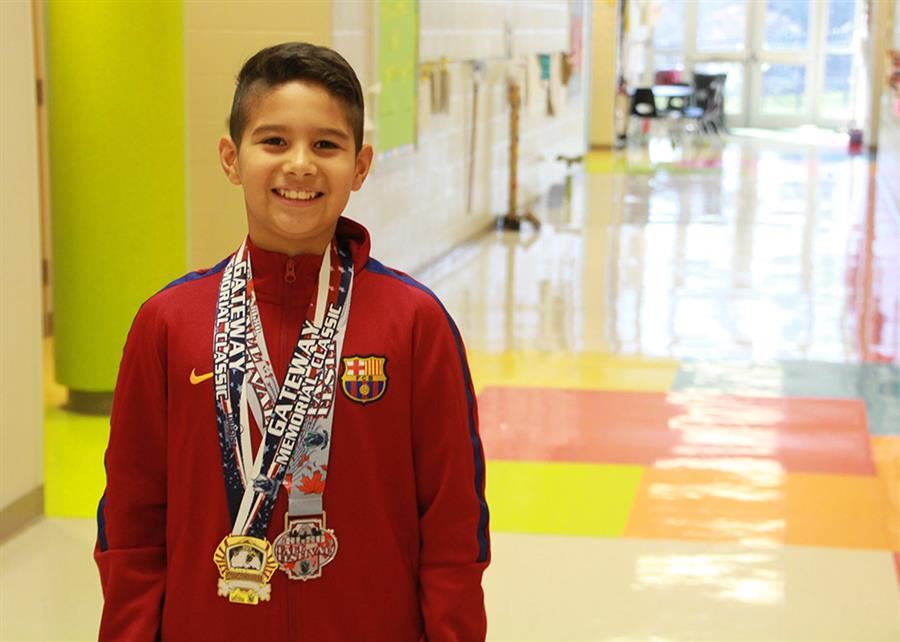 Sappington Elementary School fifth-grader Jose Rincon’s soccer skills are attracting lots of attention, and those hard-earned skills paid off when the 11-year-old athlete had the opportunity of a lifetime to train alongside the Barcelona professional soccer club in Spain.
Last summer, Jose was selected as one of 5,000 young athletes to participate in 31 Official Futbol Club Barcelona Soccer Camps that were held across the United States. During the camp, Barcelona coaches selected 500 athletes to travel to Barcelona, train at the soccer club’s official headquarters, and participate in several sport and cultural activities.
Jose visited Barcelona with his family for nine days in October, where he said the highlight of his trip was meeting and talking to Barcelona striker Luis Suarez, who holds 14 career trophies and four league titles.
“That was really exciting,” Jose stated in a news release.
He went on to score six goals during his week at camp, including a hat trick during his first game in Barcelona. In all, Jose’s team won one game and lost two.
A soccer player since preschool, Jose played for Scott Gallagher for five years, and now plays with Ajax St. Louis Soccer Club. He also plays select baseball in Affton, where his team has won two championships.