Lindbergh boys on track for success in 2016

Top varsity runners to return for Lindbergh boys this year 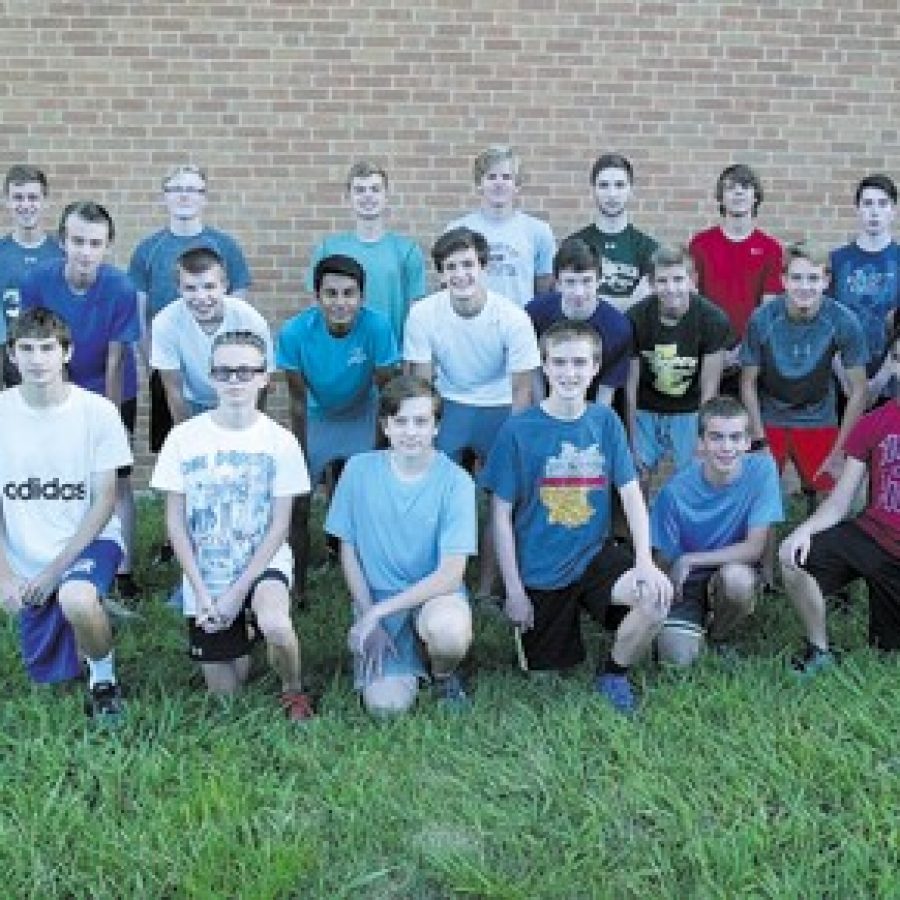 Lindbergh High head boys' cross-country coach Jim Petersen says his squad is in a position to have a very successful season in 2016. Bill Milligan photo

Offseason and preseason training have placed the Lindbergh High School varsity boys’ cross-country team in a position to have a very successful season.

Flyers head coach Jim Petersen said he is optimistic about the athletes he has right now with the new season getting underway.

“We have a real good group, and I’ve been pleased. So I’m excited about the guys, we have a couple seniors, a bunch of juniors and some sophomores,” he told the Call.

The team returns at least four of its top six runners from last season’s squad, which made it out of the district meet as a team.

“Those four are looking really good right now. We’ve got four other guys looking to make it also, they’ve been working a lot this summer, having some good workouts,” Petersen said.

The Flyers’ core players earned some pretty valuable experience in competition last year, according to Petersen.

“We qualified out of districts … We set our goals to win districts, compete for conference, which is very tough considering Marquette has been one of the top five teams in the state the last four years, so we just want to compete with those guys,” he said.

“We have pretty high expectations this year. I mean, we’ve got three other really good sophomores, possibly four, with one we are not sure if he’s coming back. We have six very talented sophomores and another senior that could battle in there too.”

The goal every year for Lindbergh is to win districts and qualify for state, according to Petersen.

“They are a very talented young group of kids and we have great expectations for these next few years and we want to start it this year,” he said.