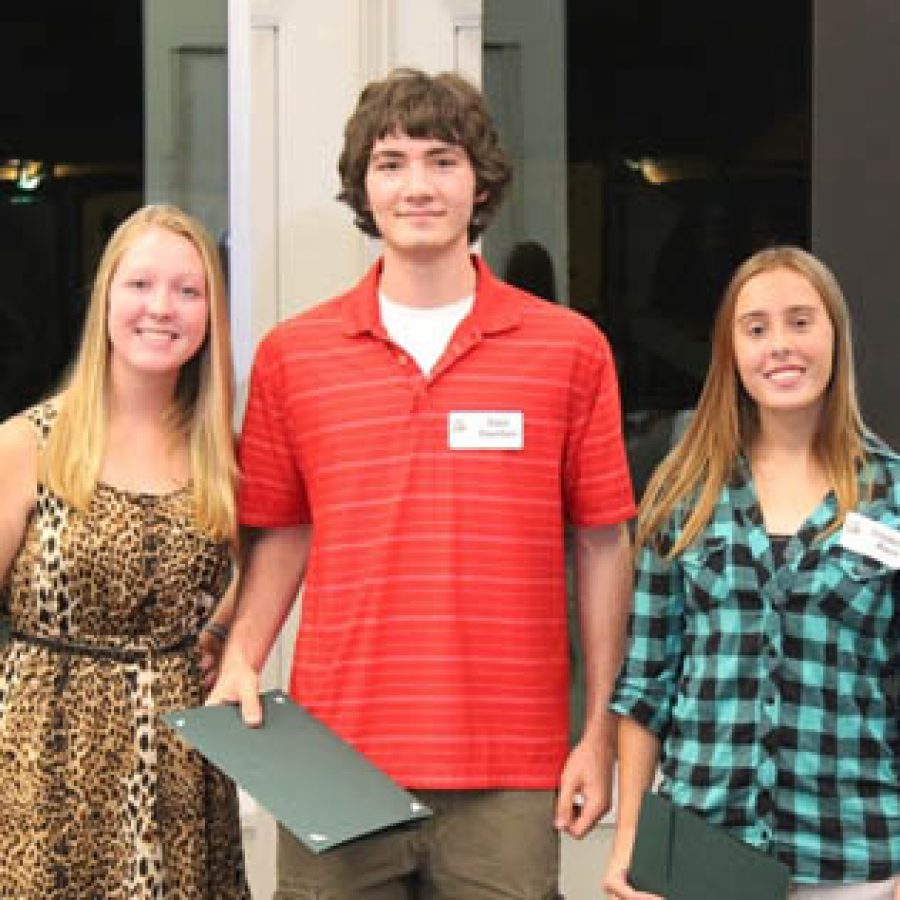 National Merit Commended Students, from left, Katelyn Freund, Eliot Courtois and Elizabeth Black were honored by the Lindbergh Schools Board of Education on Oct. 11. Nine Lindbergh students qualified for this distinction in all.

Nineteen Lindbergh High School students who were named Semifinalists and Commended Students in the 2012 National Merit Program were honored Oct. 11 by the Lindbergh Schools Board of Education.

The board also honored the parents of 12 International Baccalaureate Diploma recipients from the class of 2011 and read a resolution recognizing 124 AP Scholars.

 11 National AP Scholar award winners, who received an average score of at least 4 on all AP exams, and scores of 4 or higher on eight or more exams.

 49 AP Scholar with Distinction award winners, for earning an average score of at least 3.5 on all AP exams, and scores of 3 or higher on five or more exams.

 20 AP Scholar with Honor award winners, who earned an average score of 3.25 on all AP Exams taken, and 3 or higher on four or more exams.

 44 AP Scholar award winners, for earning scores of 3 or higher on three or more AP exams.

“We are extremely proud of the number of LHS students who perform so well on the AP Exams, which has continued to rise over the last 10 years,” Irv Mueller, district honors coordinator, stated in a district news release. “It is a real tribute to the teachers and students who work so hard.”

Students in the IB program must successfully complete six exams, a course in Theory of Knowledge, a 4,000-word extended essay, and a self-designed program of creativity, action and service.