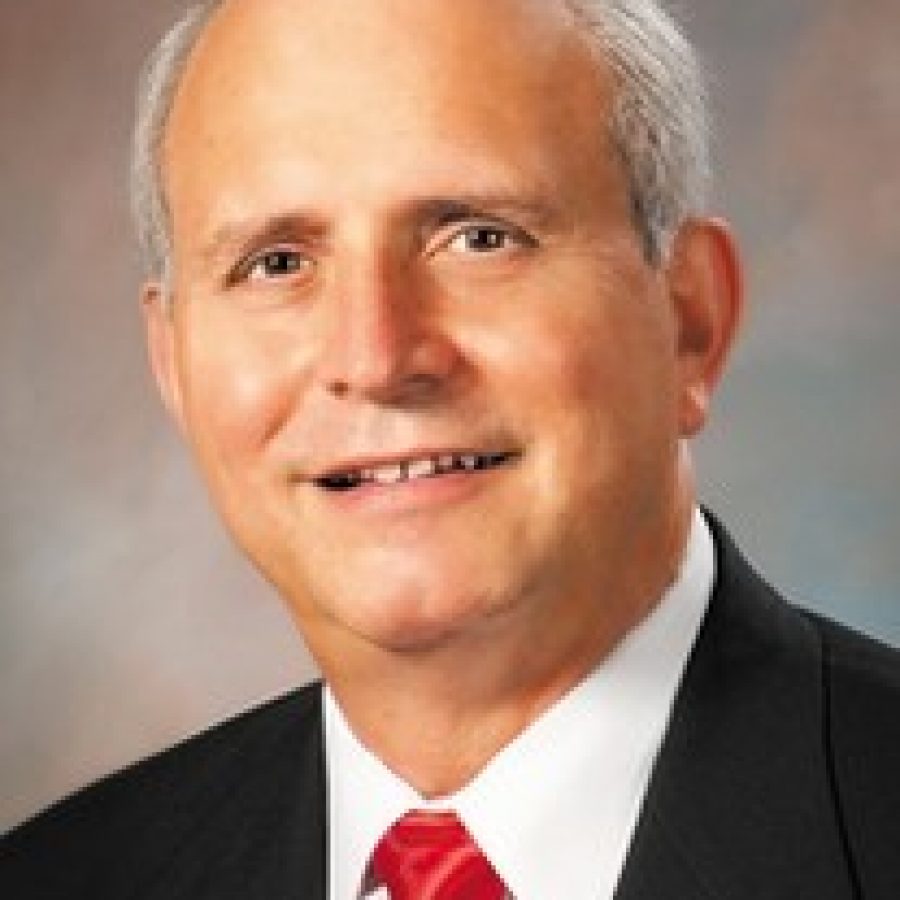 The Lindbergh Board of Education soon will begin its search for a successor to Superintendent Jim Simpson, who will retire at the end of the current school year.

Board of Education members discussed the search process earlier this month during a workshop.

The district last began a superintendent search in late 2006 to find a successor to then-Superintendent Jim Sandfort.

Sandfort announced in April 2006 that he would retire at the end of the 2007-2008 school year, after serving as superintendent since 1991.

The board voted in January 2007 to hire Ray and Associates of Cedar Rapids, Iowa, to assist in the search, which ultimately led to the selection of Simpson in early 2008.

At the Aug. 1 workshop, Communications Director Beth Johnston outlined a tentative timeline that calls for hiring a new superintendent in January and introducing the district’s new leader to the community in February.

As proposed, the district in early September will issue a request for proposals, or RFP, for a firm to assist in the search for a new superintendent.

In December 2006, the board interviewed representatives of four search firms, including Ray and Associates.

The board could make a decision on hiring a search firm at the Oct. 9 meeting.

“So once the search firm is hired, they will develop a timeline …,” Johnston said. “They’re working directly with you to guide you through the process. They’ll meet with the board and say, ‘When are you looking to make a hire?’ And then they’ll work backwards from that date …”

As proposed, the search firm will work with the board in November to develop a process to obtain community input.

“This is the time in the search when the firm will have the opportunity to talk with all kinds of different groups of people,” Johnston said. “So they’ll meet independently with the board. They’ll meet with parents, teachers, administrators, community members, alumni — just all kinds of different groups that we’ll help coordinate with them to talk to these people about what does Lindbergh value? What are your priorities and what are you looking for in your next superintendent?

“So this is an opportunity to hear from all members of our community, find out what they value and prioritize and then the firm will meet with the board and talk about, ‘Here’s the feedback we received.’ They create a really detailed report based on all these focus groups … and then they talk to the board and say, ‘OK, board, now let’s develop your list of qualities and what you’re looking for in a new superintendent …”

That information will later be used by the search firm to help pare down the applicants in favor of those who are the best fit for Lindbergh, she said.

“November also would be the approximate time your search firm is posting the job listing and that would go out in several different areas — different methods, online, in print, publications, and then the candidates when they apply, they’ll communicate directly with the search firm …,” Johnston said.

In December, the board will prescreen the candidates and perform background checks and reference checks. Board members then will interview the finalists, according to the tentative timeline.

If the candidate the board decides to hire in January is employed by another school district, that candidate will have to ask that district’s school board to be released from his or her contract, Johnston said.

That will allow the Lindbergh board to introduce the new superintendent to the community in February, she said.