With 13 years of previous experience, Rudoff ready to hit the ground running 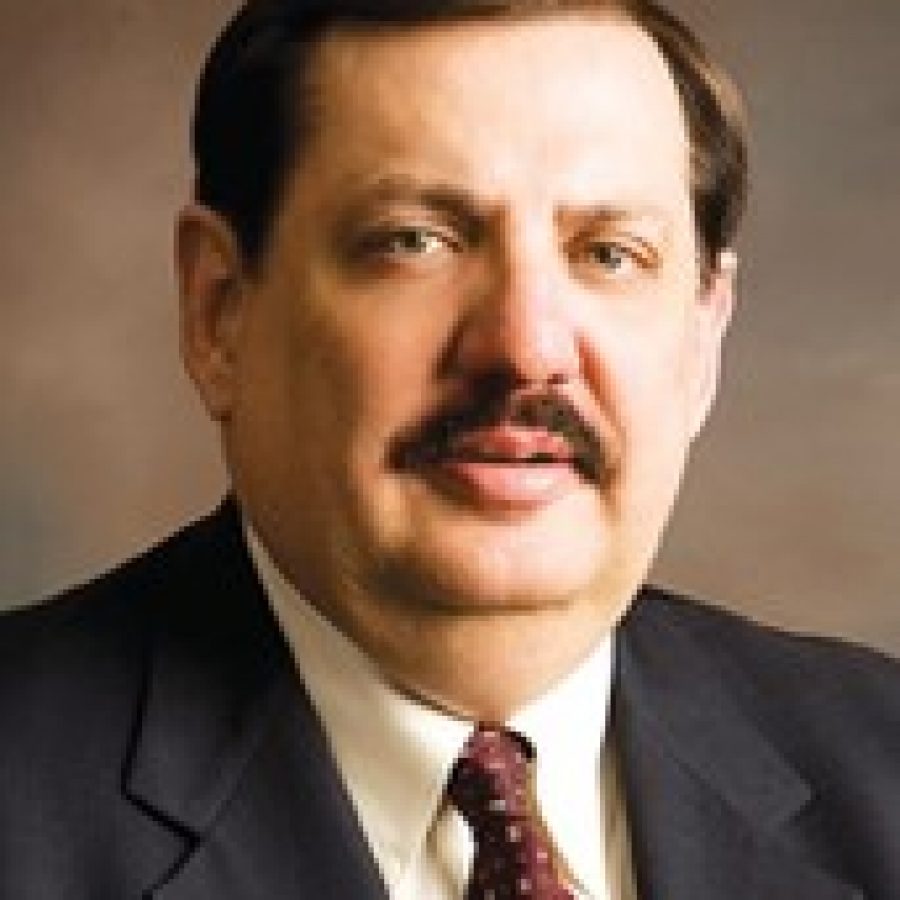 Former board member Mark Rudoff was selected last week by the Lindbergh Board of Education to fill a seat vacated by former board President Vic Lenz.

Board members voted 4-2 during an Aug. 12 special meeting to name Rudoff to fill the seat. Board Treasurer Kara Gotsch and board member Kate Holloway were opposed.

The board voted after interviewing Rudoff and two other candidates — Cindy McDaniel and Gary Ujka.

Lenz, who had served on the Lindbergh Board of Education since 2004, was re-elected in April to a three-year term.

McDaniel, the owner of recruiting company Professional Staffing of St. Louis, ran unsuccessfully for the board in the April election.

Rudoff served 13 years on the Lindbergh board before stepping down in 2012. He is associate vice president, Western Trial Division Field Operations, for the Nationwide Mutual Insurance Co. Rudoff will serve until next April, when four seats will be up for election.

Besides the remaining two years of Lenz’s term, three-year seats currently held by board President Kathleen Kienstra, board Vice President Don Bee and board member Vicki Englund are up for election.

McDaniel told the board she plans to seek election in April. Ujka told the Call he has not made a decision about whether to run in April.

In his application letter, Rudoff wrote, “I did not seek re-election in 2012 due to the time and travel constraints of my job. I do not anticipate seeking election in April 2014 absent a change in my employment commitments.”

During his interview, Rudoff was asked why he wanted to serve on the board again.

“Well, I think it’s important that someone step up and complete Dr. Lenz’s term for the eight-month period,” he said. “And I think it’s important to also keep in mind how long it takes before you get in the swing of things and start to understand how board business is conducted and what’s coming next. I think my prior experience qualifies me in that regard.”

Given the district’s aggressive enrollment growth, especially at the elementary level, Rudoff was asked if he would support a tax-rate increase to build a new school if it becomes necessary.

“If it became necessary, yes,” he said. “I don’t see that as a likelihood between now and the end of this term.”

In his closing remarks, Rudoff told the board, “… I believe my letter outlines what I believe are my qualifications and my background. I can step in and I can do the job. I don’t think that I’m that far removed from board business, although I admit I did not immediately read the minutes of the last meeting, once they were posted.

“But I do follow what’s happening and what’s going on with the board. In 13 years, I’ve served in every leadership role on the board … So, I’m here, and I’m willing to serve if the board is so inclined …

“After 13 years on the board, I think everyone knows what I think, where I stand …,” Rudoff said.

After the interviews, Kienstra thanked the three candidates “for volunteering to serve Lindbergh students and staff as a member of our board, and we are very fortunate to have such outstanding talent and dedication to the kids in our district.”

Other board members also commented that all of the candidates were well-qualified to serve on the board.

Board Secretary Karen Schuster said, “… I think one of the things that we need to weigh heavily is this person’s ability to jump right in and understand. Being a new board member, I know that does take time. So I think that’s something important that we need to think about in this person.”

Kienstra said, “… One of the things I look at is whether or not this person is going to run in April … We would prefer someone who does not want to run in April, I think, just because you don’t want to give anybody an unfair advantage to an April election. So that’s one of the criteria along with what you said, Karen. It’s important in my mind (to appoint) somebody that can come up to speed really quickly in that short period of time.”

Only one candidate would fit that criteria, Holloway noted.

“… I do think that the other candidates are highly qualified, and the fact they have educational experience and also management (experience) … They’re readers, so I mean I’m sure that they would be able to read and … read to learn …”

Gotsch said, “I also think with respect to the advantage in April, I don’t think it gives them any more of an advantage than any incumbent has because they still have to run to the community. I guess having this bit of experience … to do that, but I think that just in discussion you have fresh ideas …”

Englund said, “… I think my focus is very similar to Karen’s, as far as the short amount of time that we have, and so I’m going to be looking for someone with experience being a board member …”

She made a motion to name Rudoff to the vacant board seat. Englund’s motion was seconded by Bee.

She nominated Rudoff, she said, because “of his previous experience on the board. He has more experience on the board than anyone else who is up here right now. I served with him, so I do know the types of decisions that he’s had to make in the past, and I appreciate his willingness to come back for eight months.”

Given his prior experience, Rudoff told the Call he is ready to hit the ground running.

“… When you think things are calm, there are a number of issues that swirl in public education, and this is an eight-month term … I felt like it was a great fit for me with the prior experience …,” he said;

Rudoff believes it’s important to maintain “the continuity of the board” and the direction it’s headed with “minimal interruption.”

“… I thought it would be a great opportunity for me to do it. And I’m willing to step up and step forward to do it for the district. I’m pleased that I was selected, as well,” he said.