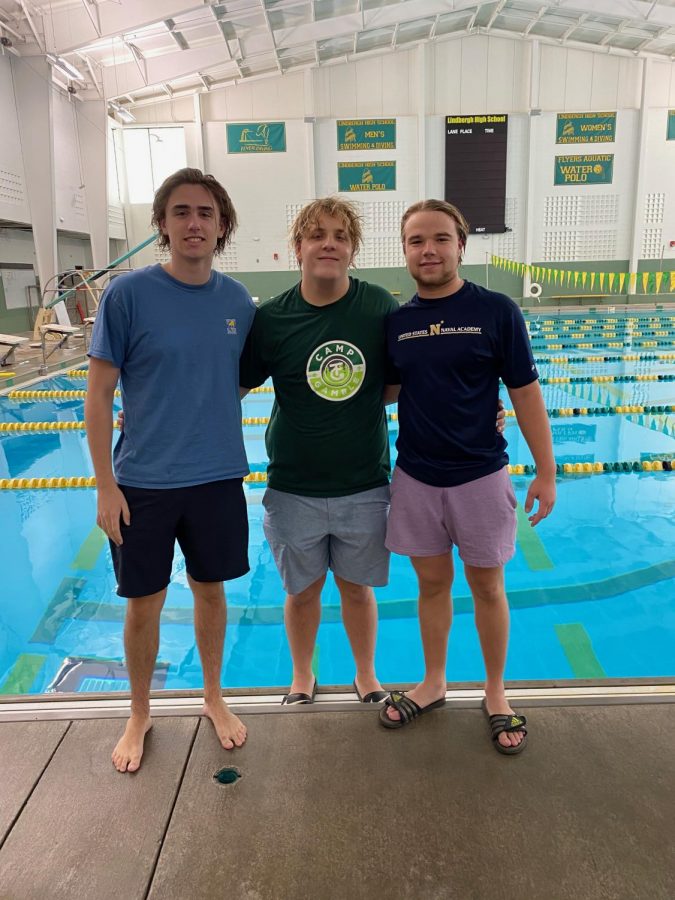 Although this year’s team features several new swimmers, the Lindbergh swimming and diving team is looking forward to a strong season with the return of several experienced swimmers.

Lindbergh swimming and diving coach Tim Lombardo said this year’s squad is younger than normal, featuring 11 new swimmers, but the return of several state qualifiers will keep the program going in the right direction.

“I think we need to improve upon where we were last year in our number of state qualifiers, so we can get that experience and continue to build the program,” Lombardo said. “We graduated five guys last year and we have 11 new guys this year. If we can continue to do that I think there’s some really good things that can happen with our program in the next couple of years.”

Caleb Jones, Mac Kitowski (diving) and RJ Oesterlei (diving) are all returning to the roster after qualifying for state last season, and Lombardo said he expects them to return this year.

“We have a really good core group of seniors that are just really great kids. I think their leadership is going to be important to our success,” Lombardo said.

The team as a whole finished 1-9 last season, but Lombardo said the work ethic at practice so far is a good sign for the coming season.

“The effort and the positivity that this group has shown has been tremendous,” he said. “We’re super excited about it. There’s no quit in them at all, they’ve done everything we’ve asked them to do so far … and we’re going to continue to throw more at them as we go.”

Lombardo said the team will be better across the board versus last season, but inexperience could be a factor down the line.

The Flyers first meet is Aug. 31 at Ladue.