LHS swim has ‘tons of opportunities’ this year

Team returns some of the top talent in the region 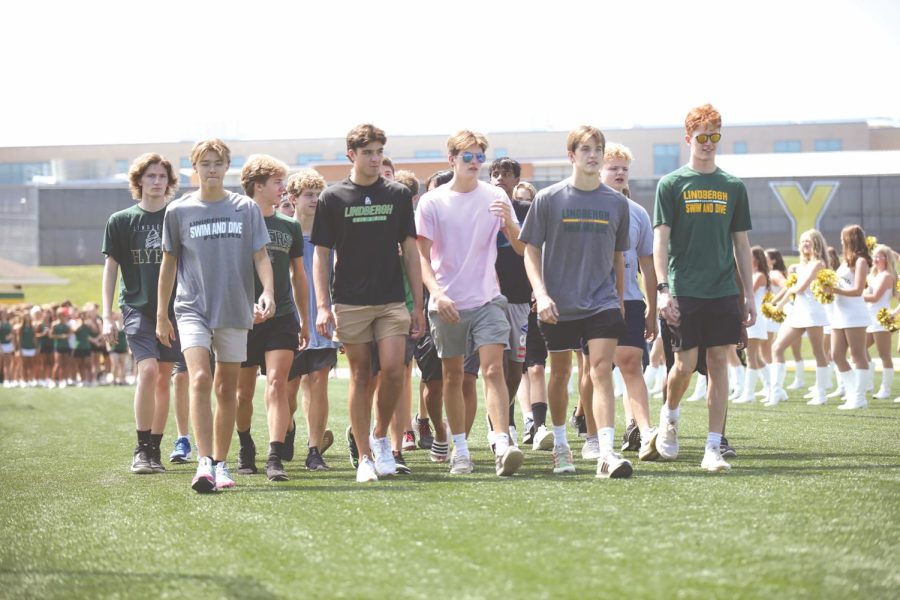 The Lindbergh boys swim and dive team has some of the top talent in the area returning this season, with lots of opportunities for success.

After taking 19th overall at last year’s Class 2 state championships, the Lindbergh Boys Swimming and Diving team returns some of the top talent in the area.

“We’ve got a couple of guys that we think are going to be pretty good,” Lindbergh head coach Tim Lombardo said. “We won’t have the depth we normally have as we have only a handful of freshmen come out this year. So that means that there’s going to be tons of opportunities available.”

Senior Caleb Jones enters the 2022 season as one of the top freestylers in the area. Last season Jones took 11th in the 200-yard freestyle and 12th in the 100- yard freestyle at the Class 2 state championships.

“Caleb is a kid that is super versatile for us in the 50, 100 and 200 freestyle,” Lombardo said. “I think he has the chance to be really good this season.”

Another freestyle threat for the Flyers this season is senior Ryan Diehl. In 2021 Diehl placed 23rd overall in the 100-yard freestyle at the state championships.

“Ryan is a guy that we saw make huge jumps last year,” Lombardo said. “He’s worked his butt off in the offseason and we’re looking for him to improve on last year’s performance.”

Junior Brett Nienneman will see action in the 100-yard backstroke as well as the 200-yard Individual Medley for Lindbergh this season. Last year Nienneman placed 31st overall in the 100 back at the state championships.

“We’re hoping that he’s gotten a lot stronger this year,” Lombardo said. “He’s a guy that has the chance to make top 16 if he continues to improve like we know that he can.”

The Flyers are also going to heavily rely on seniors Mac Kitowski and R.J. Oesterlei in the one-meter springboard event to rack up some points at state this season. In 2021 Oesterlei took 11th overall while Kitowski grabbed 17th.

Lombardo is also looking to see big improvements this season from seniors Drew and Trey Watson.