Cross country freshmen have a lot of potential 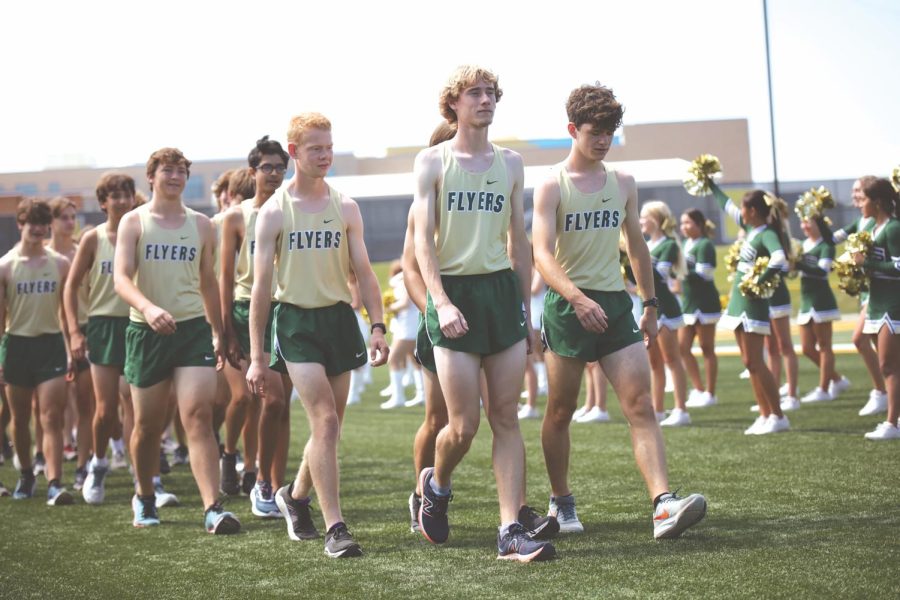 The Lindbergh boys cross country team will enter the 2022 season with a new head coach as Jeff Linger has taken over for longtime coach Jim Petersen, who recently retired. The Flyers new head coach is looking forward to seeing what the year has in store for his squad.

“We’re a younger team with a decent set of juniors and a handful of guys that will be competitive,” Linger said. “We also have an interesting crop of freshmen that have got a lot of potential.”

Senior Nathan Liebetreu will take on the role of team captain this year with a focus of qualifying for the state championships.

“Nathan has really stepped up as a natural leader,” Linger said. “He’s put in some decent offseason mileage and he definitely has the opportunity to run at state come the end of the season.”

Another senior to keep an eye on in 2022 is Finn Erpelding.

“Like Nathan, Finn has the maturity level you see from seniors,” Linger said. “He’s going to provide that veteran presence on the team.”

Other Flyers of interest this season are juniors Sam Meyer, Alvin Wible and John Wightman along with sophomore Nathan Jeanmougin.

“At this point in time, these guys are definitely the ones that will be shining throughout the season,” Linger said. “They all seem to be a part of our Top 5 this season and the key for us is that we’ve got to be consistent and have injury free training this year. We also have a core of four freshmen that are really standing out, so I’m very excited to see what they can do because they’ve been really working hard these first few days of the season.”

The Flyers open up the 2022 season Aug. 27 in Jackson at the Jackson Race Your Grade Invitational at 9 a.m.