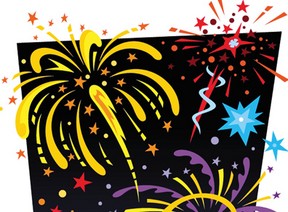 By Carl Hendrickson
For the Call

This week we celebrated the anniversary of the signing of the Declaration of Independence and the birth of the United States of America.

There are four incredible things to keep in mind as you study the Declaration. First, it is unique.  There had never been anything like it in history. Until 1776, few believed in self-rule.  The universal belief was that to have political stability, you needed some family appointed to lead.

Our Founding Fathers clearly stated that it was self-evident that men were created with certain inalienable rights. The principles they set forth are universal and do not diminish with the passage of time.

Finally, the signers of the Declaration of Independence were prepared to sacrifice their fortunes and their very lives so future generations of Americans could have a free and independent nation.  Some lost their homes, others their sons and some their very life.

The British ransacked and burned the homes of 12 signers.  Two lost their sons in the Continental Army.

Nine fought and died from wounds or the hardships of the Revolutionary War.  Five signers were captured and tortured before they died.

Unfortunately, many Americans take freedom and liberty for granted.  Independence Day is just another holiday.  The cynics say that there are no longer patriots like the Founding Fathers. They are wrong!

Open your eyes. Look around.  Today’s patriot is no “superman,” no larger-than-life figure.  Today’s patriots are ordinary men and women who want to make their community, their state, their nation a better place.

Let us vow to do our part, small as it may be, to uphold the beliefs and ideals set forth in the Declaration of Independence.

Let us never forget the true meaning of Independence Day.