Lemay firefighters back on the job after COVID-19 quarantine; only one firefighter tested positive 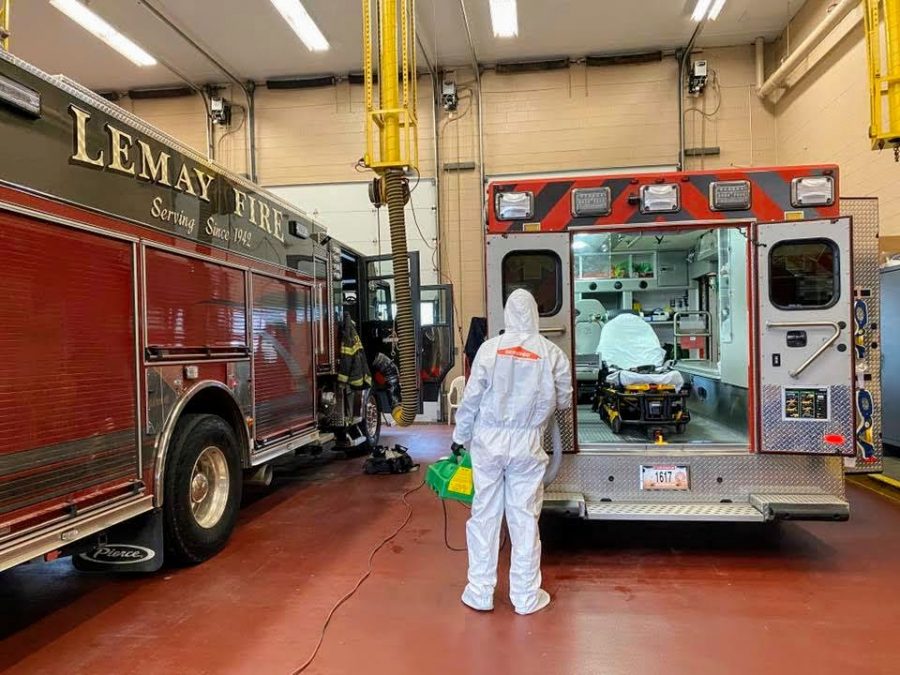 When the official 14-day quarantine ended Monday, nearly all the firefighters were back on the job after testing negative, including the firefighter who originally tested positive, said Lemay Fire Chief Dan Bertelsmeier, who was also on quarantine after coming into contact with that firefighter. The chief declined to provide any other information about the firefighter’s health condition or the extent of the illness due to federal health privacy laws.

Lemay firefighters have been donning full personal protective equipment, or PPE, on every call even before the positive case on the crew. They had a well-stocked supply of PPE  acquired through St. Louis County even before the all-crew quarantine.

“There’s just an assumption that every call” is a COVID case, Bertelsmeier said. “Even if the person doesn’t have COVID symptoms on EMS, you’ve still got to assume that it’s out there.”

Crew changes are handled one at a time, with one crew leaving completely before the next crew comes in. The departing crew will clean everything up inside and disinfect the firehouse and the equipment while the other waits outside.

Despite a rise in cases in every South County ZIP code in recent weeks that doubles or triples the cases seen in every other St. Louis County ZIP code, the Lemay chief said the fire district has not noticed an upward tick in calls any more than it has been dealing with for months. Known COVID-19 calls are flagged, but the crews treat every call like someone could be there with the virus.