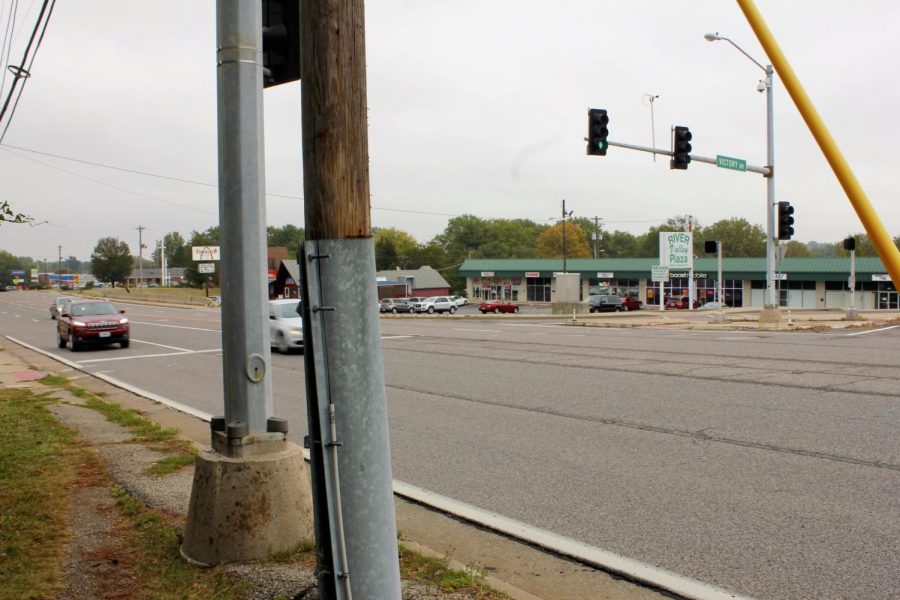 Utility poles bisect the narrow sidewalks on the west side of Lemay Ferry Road, presenting issues for those who use wheelchairs or have other mobility concerns. The east side of Lemay Ferry has accessible sidewalks, but for anyone on the west side, the only way to reach the accessible east sidewalk is by directly crossing the street, or riding in the street next to the burn to the closest crosswalk at Victory drive.

Despite multiple incidents involving pedestrians being hit or killed along Lemay Ferry Road due to inaccessible sidewalks and outcry from both residents and elected officials, a makeover of the state-owned highway is not slated for several more years. That has led some to wonder how many more people will have to be injured or killed until the state addresses pedestrian safety on the state-owned road.

The most recent incident involving a pedestrian along Lemay Ferry Road occurred in late November last year, when an intoxicated driver struck two pedestrians near Lemay Ferry and Interstate 55. Although injured, both pedestrians survived and the driver was charged with driving while intoxicated.

A few weeks before, Sevkija Ferhatovic, 64,  was killed after being hit by a car while attempting to cross Lemay Ferry Road just south of Victory Drive in his motorized wheelchair. Ferhatovic was a resident of the AHEPA 53 Senior Apartments at 3601 Lemay Ferry Road.

The driver who struck Ferhatovic stayed on the scene and cooperated with investigators, but Ferhavotic’s death once again highlighted pedestrian safety along that particular stretch of Lemay Ferry Road between Lindbergh Boulevard and Mehlville High School, particularly for those who use wheelchairs.

Along the west side of Lemay Ferry, utility poles bisect the already narrow sidewalks, splitting them in half down the middle. Although that may not be an issue for most people who can walk around the utility poles, it presents issues for those who use wheelchairs or have other mobility concerns.

The east side of Lemay Ferry has wide and accessible sidewalks, but for anyone on the west side, particularly those who use wheelchairs and live in the apartment complexes on that side, the only way to reach the accessible sidewalk is by directly crossing Lemay Ferry or riding in the street next to the curb to the closest crosswalk at Victory Drive. The sidewalk is intersected by utility poles all the way up to that crosswalk.

“I protested first of all with MoDOT (Missouri Department of Transportation). This is absurd,” Rep. Jim Murphy, R-Oakville, told The Call. “It basically came down to the fact that the utilities are within the right-of-way and they can’t make the utilities move those poles. … There’s a master plan to redo that road with federal funds in 2027. That’s great, but in the meantime people are dying.”

Concord resident Dawn Buechner told The Call, “A couple hundred yards of safe accessible sidewalk would have prevented this senseless death. … A disabled man, with no good options, tried to cross the street and lost his life. This is not rocket science, people. Our community deserves better. Mr. Ferhatovic, may he rest in peace, deserved better.”

Fehatovic’s death was not the first incident involving a pedestrian in a wheelchair along that stretch of Lemay Ferry. In 2015, another resident of AHEPA 53 Apartments, who also used a motorized wheelchair, was struck while traveling on the shoulder of northbound Lemay Ferry to nearby convenience stores. The resident lived but was left with injuries and scars from the accident.

“I understand that budgetary restraints are an issue but it is not always about how much money we have but how is the best way to spend it,” Murphy wrote. “The elderly residents of South Saint Louis County cannot wait until 2027 to have the ability to safely travel from their homes.”

Wagner requested that the federal transportation department look into the issue further, Murphy said. The legislator was slated to meet with Blunt personally at the state capitol in Jefferson City, where he planned to discuss the issue with the senator, but mounting concerns about the coronavirus pandemic forced the meeting to be postponed until a later date.

But Murphy said he intends to try to get the federal funding moved up: “Squeaky wheels get the grease, and I intend to be that because I think it’s important.”

Murphy, who is currently running for re-election to the 94th District Missouri House seat Tuesday, Nov. 3 versus Mehlville Board of Education member Jean Pretto, a Democrat, said that he has not heard anything more from MoDOT, but plans to continue pressing its officials about the issue post-election.