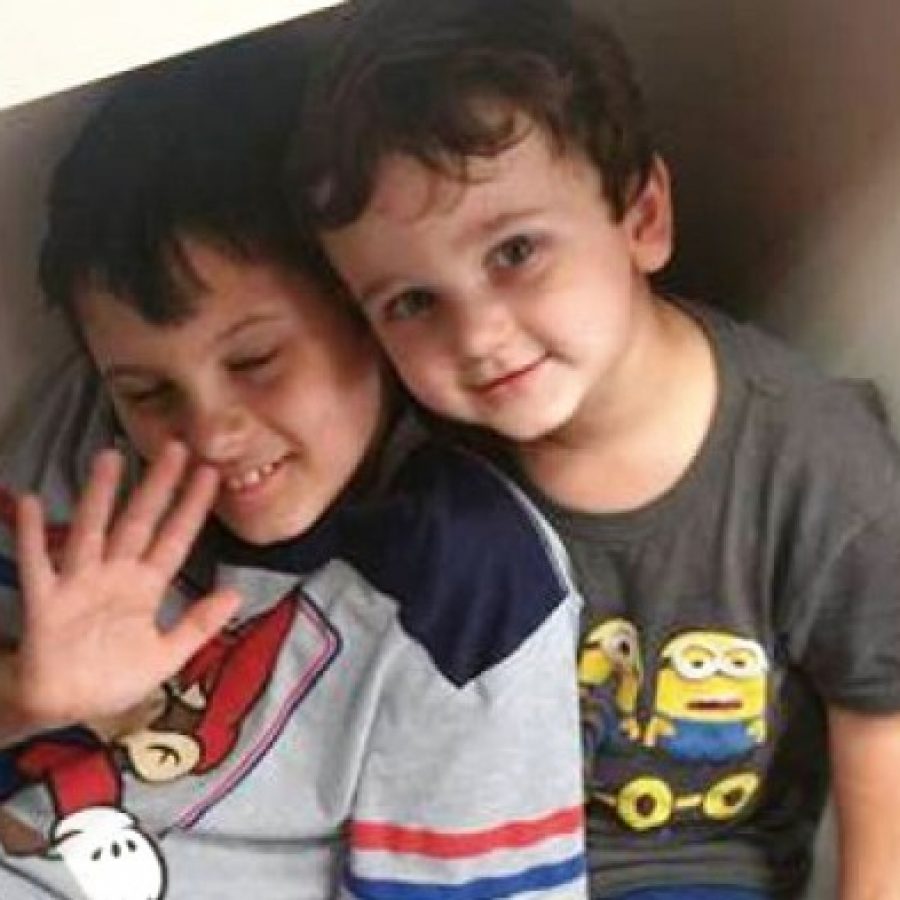 A Lemay mother and her two children, both students at Forder Elementary School, were seriously injured when a stolen car fleeing from police crashed into their car at the airport Tuesday.

Police say a 16-year-old and two other juveniles in a stolen SUV pulled into the airport while fleeing from Normandy police and hit the Lees’ car.

The information was posted by LaForest on a

she started to help pay for the Lee family’s medical expenses. The family has raised more than $12,000 as of early afternoon Wednesday, on a $20,000 goal.

Caleb is in critical and unstable condition in the pediatric ICU with “extreme” swelling on his brain, his aunt said.

“Our family asks for prayers for him to pull through,” she said.

The airport crash is the second tragedy to hit students in the Mehlville School District in just a few days, following the

while he was riding his bike in the Patch neighborhood in south St. Louis city Sunday night.

“This is a very sad and tragic week in the Mehlville School District,” the district posted on its Facebook page. “Please keep the Lee and Moorehead families in your thoughts and prayers.”

The other three family members who were passengers in the Lee family’s car, including Evan, are still in the hospital in serious condition recovering.

The driver, Caleb and Evan’s mother Candice Lee, 30, was reported at the scene as in critical but stable condition with possible broken bones. The front passenger, the boys’ aunt Brittany Lee, was stable at the scene with only abrasions and lacerations.

The St. Louis County Police Department is investigating the crash that injured the Lee family and the police chase that led up to it.

Police are also looking to speak to anyone who witnessed any part of the crash or the chase.

At roughly 9:46 a.m. Tuesday, an officer from the Normandy Police Department tried to conduct a traffic stop on a small gray SUV that allegedly committed an unspecified moving violation on Interstate 70 West near Interstate 170, according to a police account.

The SUV did not stop, and the officer, a four-year veteran of the Normandy department, looked up the license plate and saw a “wanted” had been issued on the car because it had been stolen in an armed carjacking earlier in the morning in St. Louis city.

Instead of stopping, however, the stolen car exited I-70 onto Lambert International Boulevard, where it crashed into the Lees’ small red car as the family drove away from the Southwest Terminal at approximately 9:47 a.m.

Three juvenile suspects in the SUV were arrested after the crash and taken into custody without any problems, police said. All were in stable condition after being taken to the hospital.

The driver, a 16-year-old male, and a boy in the front seat, 15, had abrasions and lacerations. The back passenger, a 15-year-old girl, had lacerations on her head from the crash.

Detectives found a replica handgun in the SUV.

The Normandy Police Department asked for help from county police on the investigation, and the SLCPD is investigating through its Bureau of Crimes Against Persons, Crime Scene Unit and Accident Reconstruction team.

Traffic around the Southwest terminal was diverted for hours for the crime scene investigation.