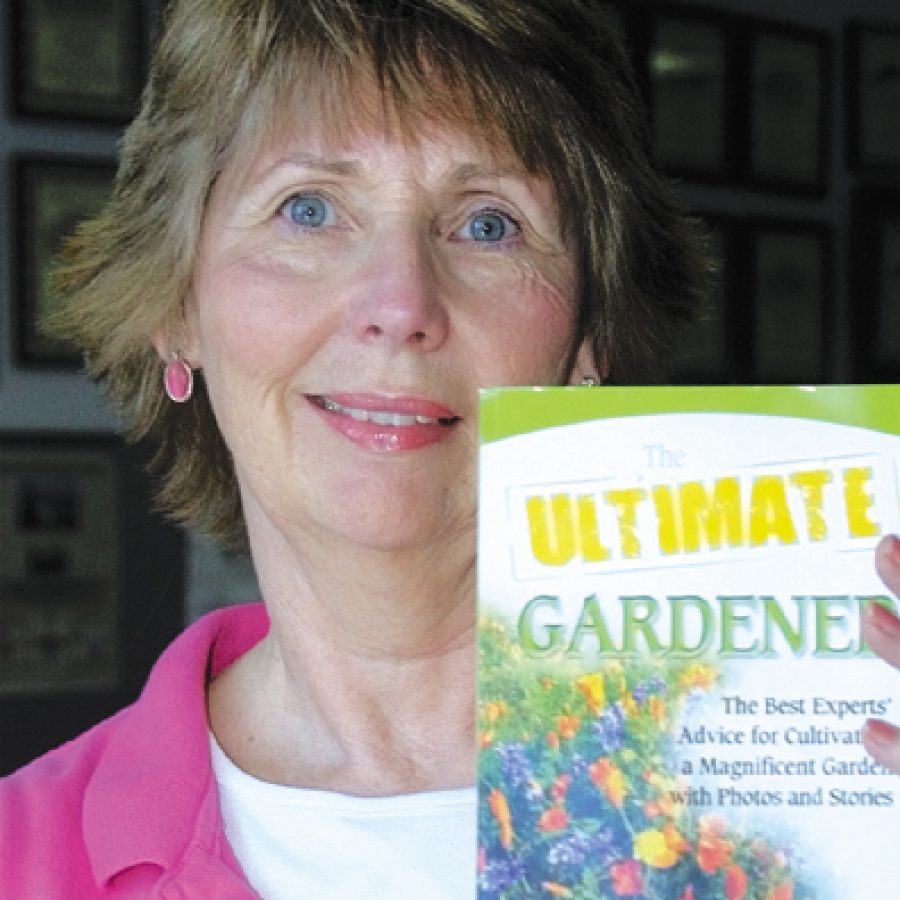 Linda O'Connell displays a copy of 'The Ultimate Gardener,' which features her story 'Grandpa's Garden.'

A Lemay resident is among dozens of writers in HCI Books’ recent release titled “The Ultimate Gardener.”

Linda O’Connell has been writing short stories in such publications as “Chicken Soup for the Chocolate Lover’s Soul” for more than a decade.

“I’ve been published in a variety of publications,” O’Connell said. “I can’t remember all of them. My passion is teaching, but I love to write.”

Her story “Grandpa’s Garden” was se-lected by “Ultimate Gardener” author Charlie Nardozzi of the National Gardening Association for inclusion in his chapter on memory gardens.

“I take a novel approach to my writing,” O’Connell explained. “The best writing tool is to connect with the reader. I believe we all have shared stories we can connect with. That’s my goal.”

Her grandchildren, now 16 and 19 years old, were the inspiration for her gardening story. More than a decade ago, they loved helping O’Connell’s husband tend the garden he has set out each year since the family moved there.

“Along with a healthy crop of tomatoes and peppers, one season compassion grew in my husband’s garden,” O’Connell’s story starts.

The tale details how her grandchildren loved helping their grandpa garden, and then picks up again the following spring when it was time to plant their garden again.

O’Connell relates how a foot operation prevented her husband from beginning the planting soon enough for his eager helpers.

The children asked for and were given spoons to dig in the garden. The next thing the adults knew, the garden was populated by silk flowers O’Connell had intended to use as teaching aids in her preschool class.

“Bill and I laughed with delight at the brilliant crazy quilt of fake flowers they had stuck in the dirt, a compassionate gift intended for their recuperating grandpa,” she wrote near the conclusion of her story.

The garden continues to generate stories.

Last year, a groundhog became the subject of a cross-fence rivalry.

After her husband chased the groundhog from his garden, it took up residence in the neighbor’s.

“It’s really comical to see these two old gents chasing that groundhog back and forth between their gardens,” she said. “My husband tells him: ‘He likes your beans’ and the neighbor will say: ‘No, no he likes your tomatoes.’ Gardening is its own universal language.”