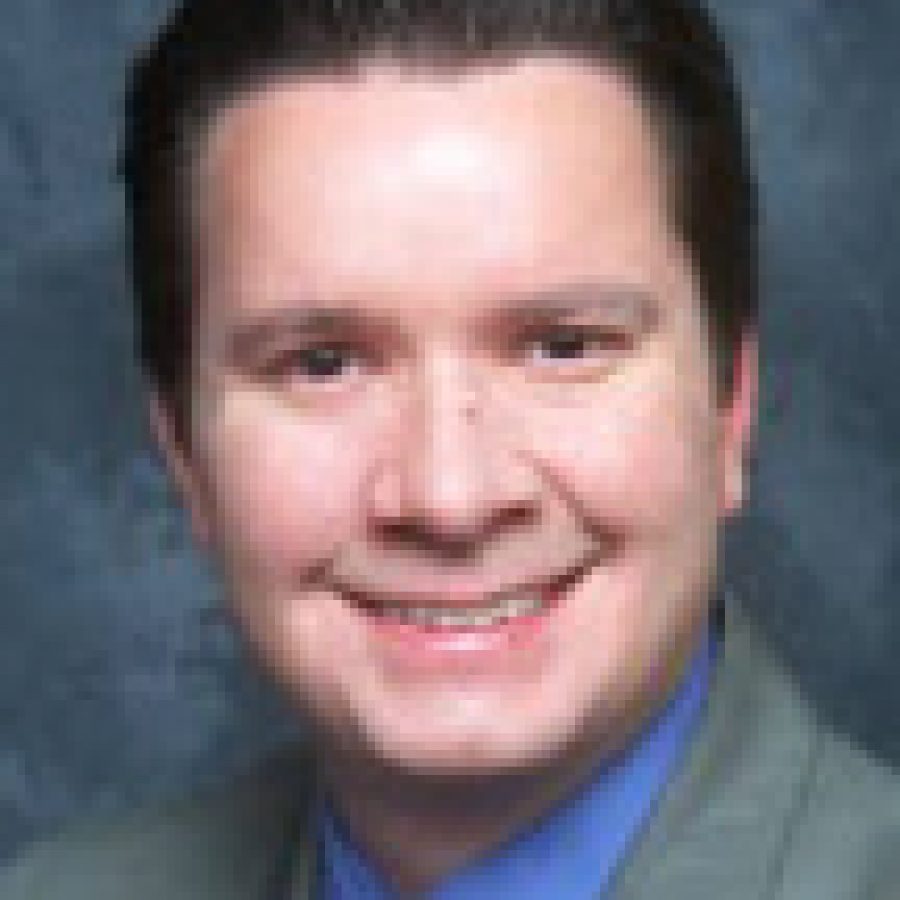  Newton of Fenton did not respond to a Call questionnaire.

Leara, who serves as Republican committeeman of Concord Township, said he is seeking re-election to the District 95 seat “to make Southwest St. Louis County and the state of Missouri a better place to live by fighting for common sense and conservative values and ideas in Jefferson City.”

Sgroi, 72, 11127 Patrina Court, 63126, is a counselor. She was married to the late Phillip Sgroi, a former Democratic committeeman and political activist.

Sgroi said she is seeking election to the District 95 seat “because I believe the Legislature should serve the people.”

Leara and Sgroi gave the following responses to the Call questionnaire:

Leara said, “I am pro-life, anti-abortion in nearly all circumstances.”

Sgroi said, “While I am opposed to abortion, I do not favor legislation which is punitive or condescending toward women. I believe that those who oppose abortion should support legislation which makes abortion less likely because of the social support it offers to vulnerable pregnant women to know they can support their child.”

Leara said, “(The) death penalty should be used in limited situations. I don’t believe it is used excessively in Missouri.”

Sgroi said, “I believe there is too much risk of executing the innocent. It does not bring back the victim. Its deterrent effect is unproven and the costs of keeping a convict on death row now exceed the cost of life in prison.”

Sgroi said, “I am not acquainted with the reasons put forward for repealing the supermajority requirement versus the need for it in bond issues. I suspect school districts are responsible in requesting bond issues. That would argue for not needing a supermajority.”

Leara said, “Yes. It is not equitably distributed.”

Sgroi said, “The school funding formula definitely needs to be revisited since some school board members say they did not understand it and it was last tweaked in 2005. But there is also a revenue problem which the funding formula cannot overcome.”

Leara said, “Yes. We need to change the law to five-year renewal.”

Sgroi said, “Urban voters opposed concealed carry in Missouri, leading to the defeat of Prop B in 1999 — 69.5 percent of the voters in St. Louis County. I would not overturn the wishes of the voters in Missouri. If a reasonable compromise between rural and urban areas could be worked out, I would support it.”

Sgroi said, “I support transparency in government, which is necessary for a democratic system to function. I think the law would be more effective if citizens winning lawsuits would be reimbursed for attorney fees. I would consider tape recording or written summaries of closed meetings. Training for officials would be valuable.”

Are changes needed to the Public School and Education Employee Retirement Systems of Missouri?

Leara said, “Possibly. These pension systems are costing taxpayers too much.”

Sgroi said, “The recent changes to the Public School and Education Employee Retirement Systems of Missouri which were proposed may have been passed in too great haste. I would like to see further in-depth study.”

Leara said, “Yes. Eminent domain should only be used if the property will be used or owned by the public.”

Sgroi said, “Gov. Blunt’s task force recommended: 1) Redefining the scope of eminent domain; 2) Improving the procedure and process for exercising; 3) penalties for abuse — 12-30-’05. A 2009 movie, ‘Begging for Billionaires,’ suggests that abuses are still going on. So the answer is yes, changes are needed, especially regarding legitimate public uses and just compensation.”

Sgroi said, “Gov. Jay Nixon became the governor at a difficult time for the economy. He has begun initiatives to seek local input for economic growth (and) signed tax incentives for the auto industry and manufacturing. (He) supported economic incentives that allowed expansion of aerospace manufacturing in Washington, Mo. — 100 jobs — (and) signed economic incentives for expansion of aircraft maintenance and repair in Perryville … I believe this is direction in which Missouri should go.”