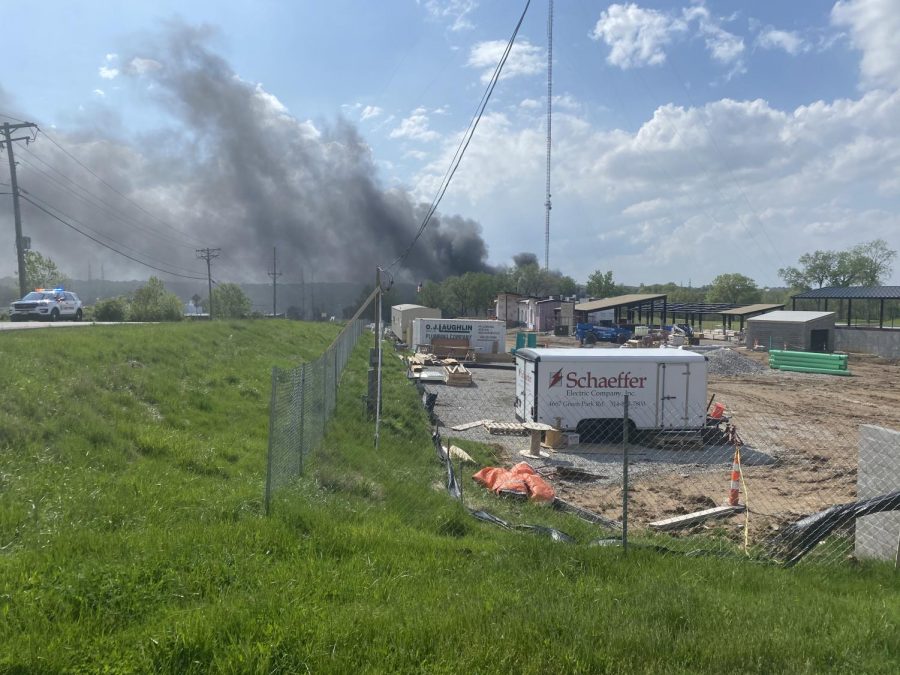 A large chemical fire, as seen from the new Tower Tee under construction.

Residents in Affton were evacuated from an area around a chemical plant along Heege Road Thursday afternoon after reports of explosions and a heavy fire around the plant.

The fire is at Manor Chemical Company at 6901 Heege Road, according to scanner traffic. The site is near Tower Tee, which is under construction for its new facility, but officials on the scene did not believe the fire would spread to the golf course.

Officers from the St. Louis County Police Department evacuated residents within a half a mile and took them to the Elks Lodge at 6330 Heege Road, the department confirmed at the scene. The Affton School District said that police told them the evacuation area was a half-mile radius around Heege and Valcour.

The Red Cross is assisting residents at the Elks Lodge, police said.

Large plumes of black smoke could be seen over the sky in Affton, visible from Tower Tee and elsewhere. But the smoke lessened while a reporter was on the scene.

The Affton School District held all buses at its three schools, but started dismissing car riders as of 3:39 p.m. and then bus riders around 4:45 p.m. All after-school and evening activities at the schools have been canceled today.

Multiple fire departments are assisting the Affton Fire Protection District, including trucks from as far as West County, Eureka and Rock Hill.

Heege Road is shut down between Mackenzie and Heege and Laclede Station and Heege.

Manor Chemical states on its website that it has been in operation since 1972 with current clientele that includes automotive aftermarket companies, dry cleaners, paint and coatings industry and industrial manufacturing. The company lists a large number of chemicals that are its products.

The U.S. Environmental Protection Agency found a violation at the plant in October 2017 which has not been fixed, so the plant has been in noncompliance for nearly four years. The company violated the Resource Conservation and Recovery Act, which governs hazardous materials. But the federal agency has never taken any formal enforcement action against the company.

This is a breaking news story and more will be added as it develops. A Call reporter is at the scene.