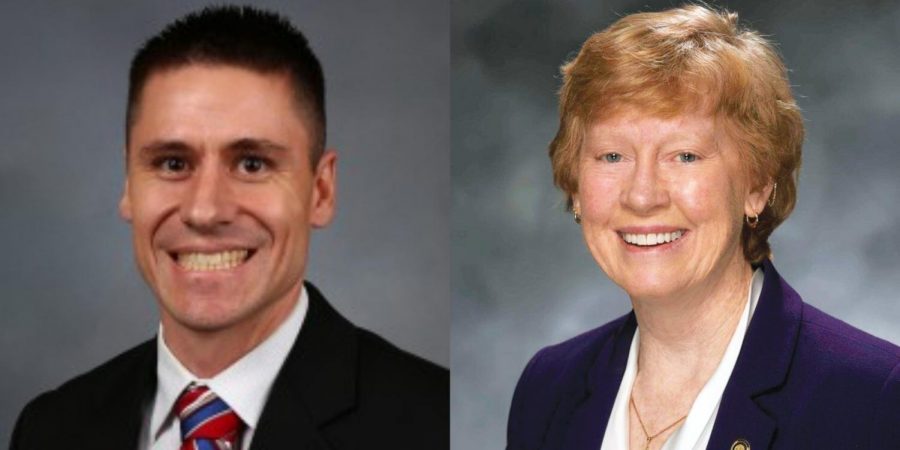 Missouri Democrats had another disappointing night in legislative elections Tuesday, losing in two state Senate districts crucial to their hopes of cracking the Republican supermajority in the upper chamber.

Republicans held a key Senate seat by re-electing Senate Majority Leader Caleb Rowden of Columbia in the 19th District in central Missouri. As in 2016, Rowden overcame a narrow majority in Boone County for his Democratic opponent, former state Rep. Judy Baker of Columbia, by taking 75 percent of the vote in Cooper County.

The results mean no seats will change hands in the 34-member state Senate, where Republicans will continue to hold a 24-10 majority when lawmakers convene in January.

Democrats appear to have flipped one House seat, the 135th District in Springfield, where complete unofficial returns show state Rep. Steve Helms was defeated by 34 votes by challenger Betsy Fogle. That is far short of the number of seats Democrats needed to undo the supermajority in the House.

They even fell short in Lee’s Summit, a traditionally Republican district Democrats hoped they could pick off after the GOP candidate, Rick Roeber, was accused by his adult children of physically and sexually abusing them when they were young.

Democrats have made winning more than one-third of the seats in either chamber as the first goal of a legislative comeback for several election cycles. Neither chamber was in danger of losing its Republican majority when voting began.

In the Senate, where 17 of 34 members are elected every two years, the GOP held a 14-3 edge in districts that were not on this year’s ballot. Of the seats up for election on Tuesday, Republican candidates were unopposed in four, assuring their party a majority. There were four other GOP-held seats with Democrats on the ballot but none of those districts have been competitive in past elections and that did not change on Tuesday.

Democrats held seven of the 17 seats on the ballot, and were unopposed in three districts. In two others, while the Republican Party fielded candidates, the district has not been competitive in past elections. And, like safe Republican seats, that did not change.

In the Missouri House, the GOP went into the election with 53 candidates unopposed or facing only minor party opponents. Another 38 faced Democratic opponents in districts where the odds of an upset were very long. They didn’t lose one of those seats, assuring the party 91 seats, with 82 needed for a majority.

Democrats, on the other hand, had only 30 candidates running without opposition or with only minor party opponents. Another seven districts that had voted heavily for Democrats in the past had contests between Democrats and Republicans but the GOP was unable to flip any.

In seats where elections had been closer than 60-40 since districts were drawn in 2011, Republicans defended 24 and Democrats 11.

Not all results were in and no results had been reported by midnight for several districts. If the results in the remaining districts matches their previous partisan tilt, Republicans will hold a 114-49 edge in the Missouri House.

This election coverage comes from the Missouri Independent.