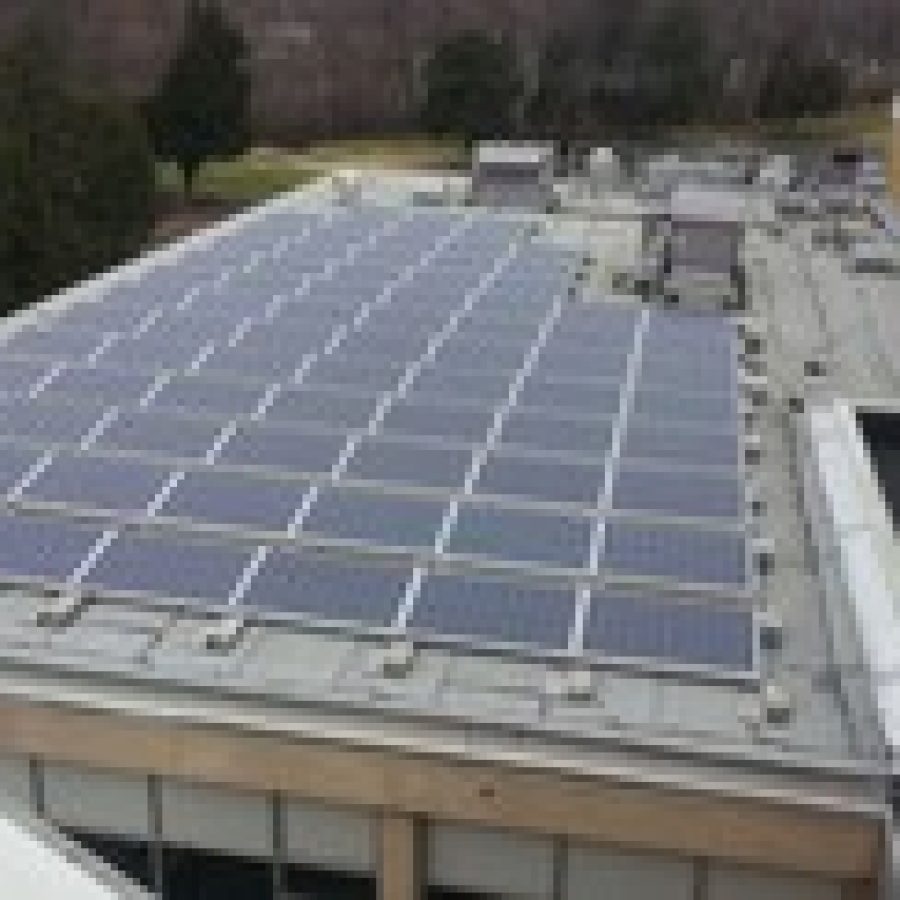 The Mehlville School District unveiled its solar-panel project last week at Beasley Elementary School. The 25-kilowatt systems are comprised of 104 U.S.-made solar panels and are on the roofs of Hagemann Elementary, Bernard Middle, Oak-ville Senior High and the Witzel Alternative Academy, besides Beasley.

Solar panels installed at five Mehlville schools are “rich with curricular opportunities,” according to Superintendent Eric Knost, despite the decision to install the panels being financial, not curricular.

“We fully expect that many of our classrooms, K-12, all levels, will grab onto this information (from the solar panels) and pull it into the classroom,” Knost said.

Using solar energy will save the district roughly $130,000 in energy costs over its 20-year lease with StraightUp Solar, a St. Louis-based solar-energy company.

Teachers at Hagemann Elementary, Bernard Middle, Oakville Senior High, Beasley and the Witzel Alternative Academy will have the opportunity to bring information to students through modules that were installed in each of the five buildings.

Josh Hill, a solar installer for StraightUp Solar, said the monitors show data in the following formats: the previous two weeks, month by month, the current day and environmental benefits.

“Another great part of this monitoring system is that students or any guests or visitors who want to can go online and interactively look at this data,” Hill said. “They can see how much (energy) individual solar modules on the roof are producing and they can look at historical data (and) download that data into the classroom …”

Eric Swillinger, StraightUp Solar’s vice president of operations, said the monitors allow people to put their hands on the solar panels without going to the roof, where the panels are located.

“It allows for students of the Mehlville School District to start studying what it means when the sun’s out, what it means to actually turn off and on a light switch,” he said.

Knost said he visited a technical class at Oakville High School last week that was working with robotic cars powered by solar panels.

“(The students) could talk about the process and compare what they were doing with this robotic car with what was on the roof,” he said. “So it’s rich with curricular opportunities for, obviously, our science classes.”

The district is prepared to support teachers professionally, according to Knost, “if there’s some professional development that they would like to apply and to better pull the information into the classrooms.”

Swillinger said working with Mehlville was “a great leap into teaching and educating students in the Mehlville School District.”

“It was a great test, and I respect the Mehlville School District for taking this on when there aren’t too many school districts in the area doing this …,” Swillinger said.

The Board of Education approved the lease agreement with StraightUp Solar in a 6-0 vote in May. Board member Mark Stoner was absent from that meeting.