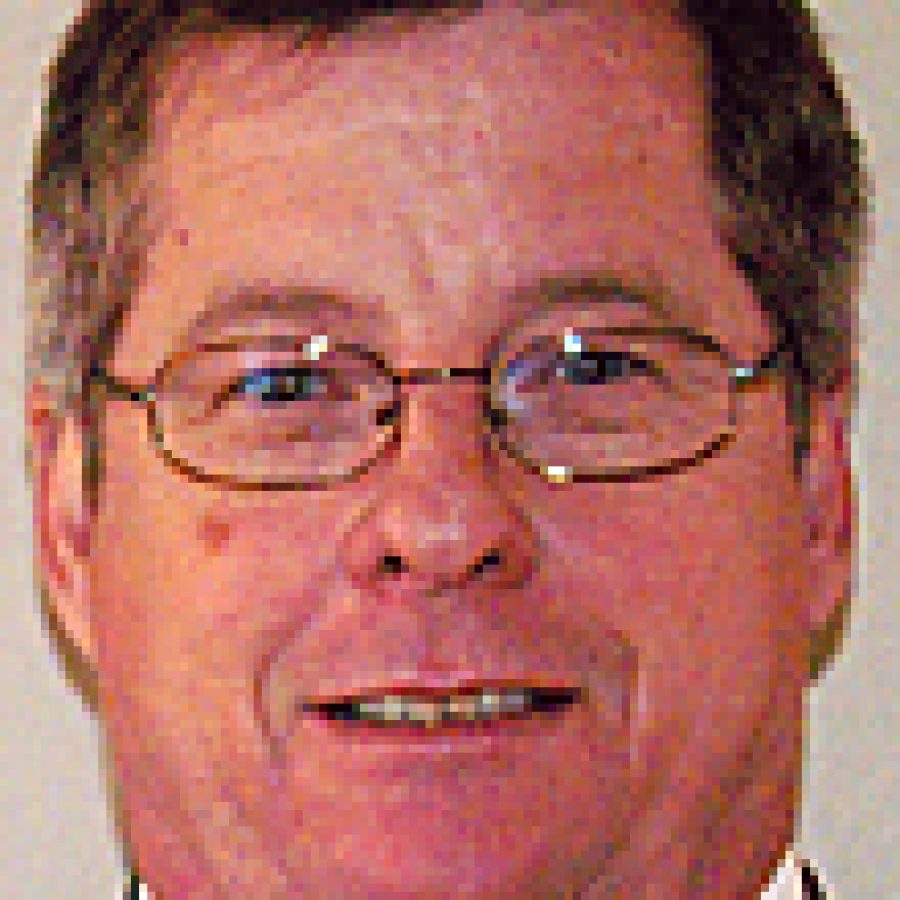 The two candidates seeking election to a six-year seat on the Mehlville Fire Protection District Board of Directors in the April 5 election offer contrasting views of the district’s finances.

Michael Klund of Lemay, who is challenging incumbent Aaron Hilmer of Oakville, contends “spending has gone out of control” while Hilmer counters Mehlville has the lowest tax rate of the county’s 24 fire protection districts.

 “I believe spending has gone out of control. They are building firehouses in the worst economy in 80 years and raising taxes to do it. We don’t need lobbyists in Jefferson City on our payroll. We need to concern ourselves with providing the safest service to our residents and spend the taxpayers’ money wisely,” Klund said.

 “MFPD now has the lowest tax rate in St. Louis County and the best services and equipment. I will ensure that they are maintained and taxpayers are the only group I represent,” Hilmer said.

Klund, who has not held elective office, said he is seeking election to the Board of Directors because “I believe the board under Mr. Hilmer has lost course. Mr. Hilmer tries to paint a rosy picture about our fire district. The facts are clear.

“He has continually raised our taxes. Mr. Hilmer has raided our reserves by millions, all to build firehouses with his name on them. I will stop excess spending. Period.”

Hilmer was elected to the fire board in April 2005 after running on a reform platform with Bonnie Stegman, who currently serves as board treasurer. Hilmer, who has served as board chairman since 2005, said he is seeking re-election “to continue the reforms Bonnie and I started six years ago when elected.”

A third candidate, R.L. Praprotnik of Concord, recently announced he has withdrawn from the race and will support Hilmer.

Praprotnik previously told the Call that the only reason he filed for the board seat is because he feared Hilmer was not going to seek re-election. Praprotnik’s name will remain on the ballot.

Klund and Hilmer gave the following responses to a Call questionnaire:

What is your position on the fire district’s Proposition S?

Klund said, “I must admit there has not been much information presented to the public regarding this issue. It states that it will save money, but I believe that may be a bit deceiving to the taxpayer. It may save time in the office setting but I do not think this will save the taxpayers money at the ballot box. This also eliminates a checks and balance that currently exists by separating the funds.”

Hilmer said, “I support it. It will be a no tax-rate-increase opportunity to simplify, streamline and save.”

Do you agree with the direction the district is moving under the leadership of Chief Tim White?

Klund said, “Chief White has always been nice to me and I appreciate his efforts. What concerns me is that he appears to not have any support other than of Mr. Hilmer and the board. While that is vital, nearly as important is his employees.

“There has to be a way to work with both the chief and his rank and file. This relationship or lack thereof is and should be a concern to all taxpayers. This leads to quitting, hiring, training, quitting and over and over again.”

Hilmer said, “Yes. Tim has ensured employees must meet the highest standards of training, fitness and discipline to serve residents. He is unlike other leaders of local districts who work for four years to increase their retirement check, then leave with the district in disarray.”

How do you envision the relationship between the Board of Directors and the firefighters’ union?

Klund said, “I promise the firefighters’ union nothing. I would expect that if an environment of stability would be created that they would make less annually than they do now. The turnover rate is unacceptable and must be addressed. The cost financially and to our safety is too much.

“But I will listen to the firefighters before I make a decision that concerns them. But they will not dictate my decision.”

Hilmer said, “A firefighters’ union who has sued me personally multiple times, whose then-vice president is in prison for murder and who has opposed every reform I have made is not an organization I care to have a relationship with.”

How did you vote on the fire district’s Proposition 1 and Proposition 2 in the April 2009 election?

Klund said, “It is no secret that I was and still do oppose the props. They were just political propaganda to get Mrs. Stegman elected. They did not lower any taxes. What troubles me is that the state of Missouri, on behalf of all of us as citizens of this state, has taken this board to court trying to stop them from taxing us in an illegal manner.”

Hilmer said, “Yes. It was a historic opportunity to decrease the tax levy and undo the lies and deceit spoken by the previous board and firefighters’ union with Prop S.”

Do you support the fit-for-duty policy for employees enacted by the Board of Directors?

Klund said, “I think there should be a fit-for-duty test. But I would work with the employees in creating one. Everything does not have to be so confrontational on every issue. This is an example where I went online and found a test that meets the goals of the district that firefighters from around the nation use. But Mr. Hilmer appears to have no use for his employees.

Hilmer said, “Yes. It is the only mandatory policy in the state and ensures that employees can perform their jobs.”

The State Board of Mediation recently rejected the MFPD Board of Directors’ request to move captains from the Local 1889 bargaining unit into management. The board has appealed this decision. What is your position on this issue?

Klund said, “This issue was first brought up at a meeting that I attended. This is a prime example of how we spend our tax dollars. This issue will not change the operation of the district and it is my understanding that the decision was unanimous in disagreeing with Mr. Hilmer. I would ask the district’s legal counsel what makes him think we will prevail and if the answer was not satisfactory, I would let it go because it’s about how we spend our dollars.

“If our counsel is convincing, I would continue on, but not getting one vote in support of Mr. Hilmer’s idea is troubling.”

Hilmer said, “I support it. An employee cannot be both labor and management.”

If elected, would you support the board voluntarily rolling back the district’s tax rate?

Klund said, “I will set the tax rate at the lowest possible rate needed to operate the district. But I will not use this issue to get elected by promising something that sounds good. The responsibility of the board is to set it as needed. I know that Mr. Hilmer is very good at using this issue to get elected. In fact he brags on the fact that he lowered the tax ceiling of what we did not actually pay, but raised the tax rate we do pay 13 percent last year from 59.3 cents to 67.1 cents without a vote of the taxpayers. My assessment went down but my rate went up. Is that right?”

Do you agree with the Board of Directors’ decision to change the district’s pension plan from a defined-benefit plan to a defined-contribution plan?

Klund said, “I think the pension plan needed to move in the direction of change. The problem I have is that the district could have kept its word to its current employees and changed the plan for new hires. It is the national trend that would have helped us keep employees from leaving. But by doing the way Mr. Hilmer did, he placed the residents at risk by having so many people quit and creating a district that no one wants to come to.

“Then he negotiates an agreement with the union to settle the lawsuit and gives pension payouts greater than any past board had ever thought of giving. It is my understanding that some of the firefighters received a million dollars because of the agreement Mr. Hilmer made with buyouts and cash-outs. The residents will certainly learn more of this in the future.”

Hilmer said, “Yes. This was the hardest reform I had to accomplish due to the multiple firefighters’ union lawsuits. However, we prevailed and restored financial equilibrium and sanity to the pension while cutting the tax rate in half.”

Should facility and equipment purchases be funded on a pay-as-you-go basis or should the district borrow money?

Klund said, “They are two different items that do not fit the same category. As far as equipment, they should be a pay-as-you-go purchase. But with facilities, I believe it is the taxpayers who should decide what we build and when. The reserves have been depleted in the building of these firehouses and the old ones were functioning well anyway. We have not added equipment nor increased the truck size that would make it necessary for a new building. This board has made a decision to spend down reserves in order to build buildings in this economy. When people spoke against the school tax issue, part of the concern was who would start construction projects in this economy. The reserves are gone and we as taxpayers had no choice in the matter. Taxpayers should vote on items of great magnitude. Period.”

Hilmer said, “Pay as you go. We are the only government entity in the state who can build new buildings and buy equipment without borrowing and I want that to continue.”