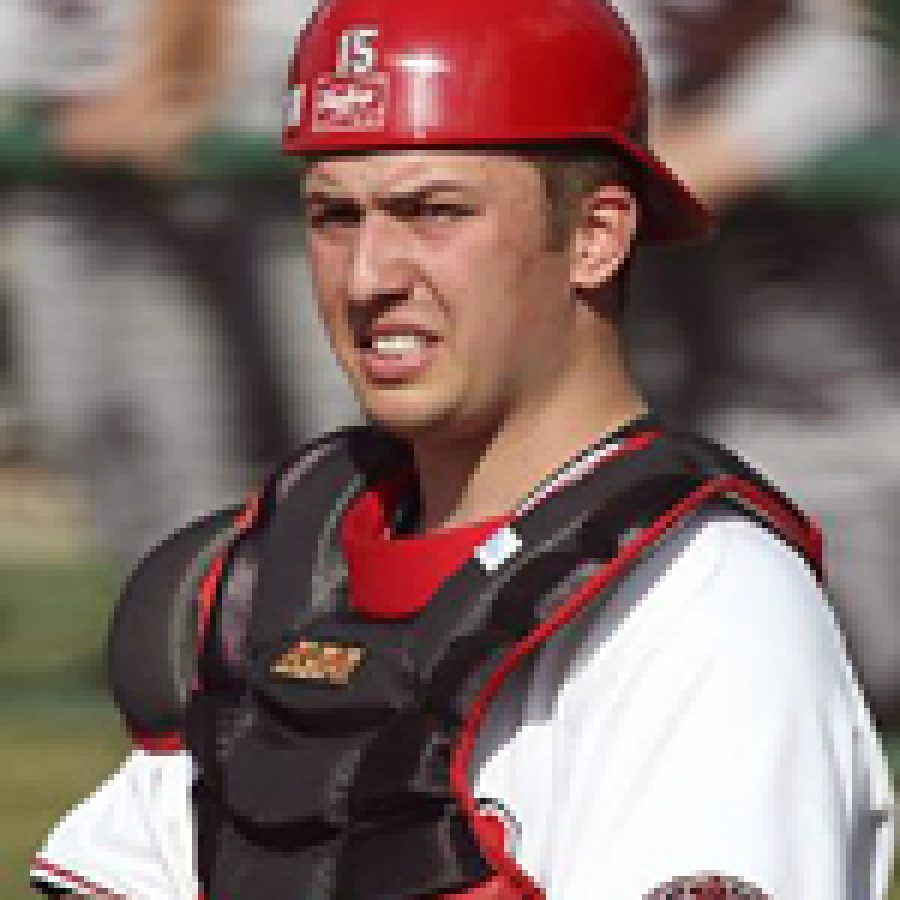 South county native Jim Klocke will spend the summer in northern Pennsylvania after being selected in the 31st round of the Major League Baseball draft by the Philadelphia Phillies.

Klocke will play short-season AAA baseball for the Williamsport Crosscutters after being selected as the Ohio Valley Conference’s Male Athlete of the Year this season.

He led Southeast Missouri State to a 30-win season and was one of 16 semifinalists for the Collegiate Johnny Bench Award.

“The Phillies are a great organization to be with,” Klocke said from Williamsport on Monday.

Fitting in won’t be difficult for the player who set the SEMO all-time RBI record with 190.

At SEMO, Klocke also was second in runs scored with 206, second in hits with 283, second in walks with 121, second in total bases with 442 and tied for second in games played with 213.

He was named to the All-Ohio Valley Conference team each of the last three seasons he played for the Redhawks.

Klocke was selected by the St. Louis Cardinals in the 46th round last season, but elected to finish college rather than turn pro at that time.

A 2006 graduate of Vianney High School, Klocke, 22, is the son of Tina and Jim Klocke of south county.

He was named to First Team All-State honors his senior year when he was a pitcher and third baseman.

He made the switch to catcher at SEMO where he graduated with a degree in finance.

“We’ve only played three games so far,” Klocke said. “Hitting with the wooden bat is tough.”

Playing for the Crosscutters this summer may not be as difficult as learning how to spell Susquehanna, the name of the river that runs through the town.