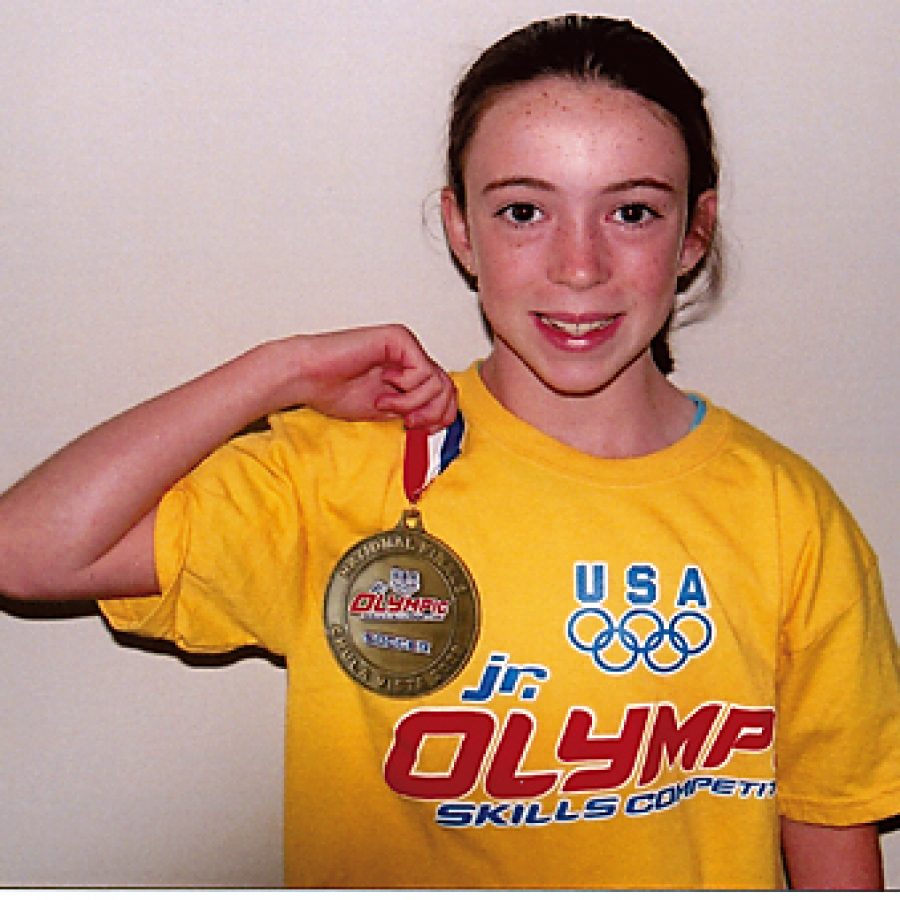 Kate Daus of Concord proudly displays the gold medal she won for her soccer skills at the Junior Olympics Skills Competition that took place last month in Chula Vista, Calif.

When her teacher asks what she did over the summer, one fourth-grader at Kennerly Elementary School in the Lindbergh School District can say she won a national championship.

“Soccer is my favorite sport,” Kate said. “I’m tired when I get done, but its been really fun.”

Her results qualified her for one of 130 regional events conducted throughout the country in early June.

At the regional event, she competed against youngsters her age from throughout Missouri.

“There were three balls and a line in the middle,” Kate said. “We had to kick the ball with our right foot and then the left and shoot before we crossed the line. If we missed, they gave a three-second penalty.

“You wanted the lowest possible time to score all three balls.”

When the results were in, Kate had the lowest time in the Midwest and the Olympic Committee invited her to San Diego for the national finals, all expenses paid.

“They provided air fare, lodging and food for the participant and one companion,” said her mother, Mindy. “The opening ceremonies were just like in the Olympics. They lit the torch.

“Friday night, they took the kids to Dave and Buster’s. On Saturday, they took them on a San Diego Harbor cruise and the closing ceremonies were at the San Diego Zoo,” she continued. “It is wonderful for any child that gets to go.”

But she credits practice for her success.

The Junior Olympics Skills Competition is in its fourth year of introducing youths to Olympic sports.