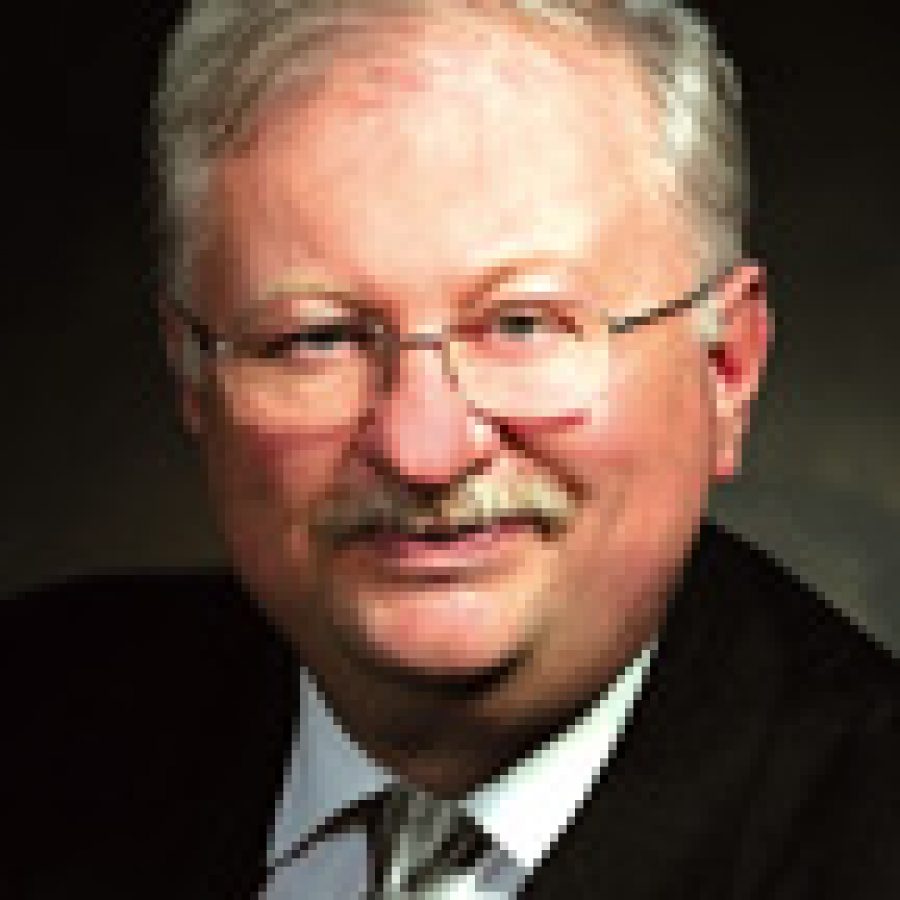 An effort to keep last year’s refinancing of $2.87 million in Crestwood’s debt into a tax-exempt annual-appropriation note would put the city’s general fund back in debt by the end of 2008.

Cutting the general fund’s cash balance down to a federally required level of no more than 5 percent of this year’s expenses in that fund to keep the note tax exempt would result in “our cash balance in the general fund will be at a negative balance by the end of 2008,” City Administrator Frank Myers stated in a Dec. 7 memorandum to the Board of Aldermen.

Because of this possibility, Myers has recommended that aldermen consider “the unpleasant option” of converting $442,042 of the city’s projected $773,270 excess above the desired 5-percent reserve needed to keep the annual-appropriation tax exempt to a taxable note.

“When considering these options, it is important for the board to remember that based upon our 2008 cash-flow analysis, the general fund is projected to only have a cash balance of $681,653 by the end of the fiscal year,” Myers wrote. “This balance assumes the general fund retains all of its present balance of $1,195,260.

“Again, by simply meeting the 5-percent cap of $421,990 set by our 2007 general-fund spending level, our cash balance in the general fund will be at a negative balance by the end of 2008. Given the uncertainty of our sales-tax performance in light of recent developments with the Crestwood mall, I believe it is critical to protect our cash position as much as possible, which means the unpleasant option of converting a significant portion of our excess cash limit to a taxable note.”

The city would have to pay additional interest of up to 2 percent on top of the note’s already-approved 5.44 interest rate on $442,042 of the general fund’s projected excess of $773,270. Converting that excess cash to a taxable note would also result in conversion costs to the city.

Aldermen were set to vote Tuesday night — after the Call went to press — on various options that would either convert the city’s debt to a taxable note or bring the city’s general-fund reserve below 5 percent of operating expenditures, or $421,990 of a projected $8,439,816 in general-fund expenses for all of 2007, to keep the note at tax-exempt status.

The city’s $2.87 annual-appropriation note approved in October 2006 with Royal Banks of Missouri contains an Internal Revenue Service provision that requires a 5-percent cash-balance limit in the general fund to stay at a tax-exempt status.

Any dollar amount more than the projected 5-percent balance of $421,990 in the general fund would have to be applied to the principal on the city’s annual-appropriation note by April 1 if the city wishes to keep a tax-exempt note, according to city officials.

According to the city’s administration, aldermen can consider a combination of the following options to keep the annual-appropriation note at a tax-exempt status:

 Repaying $331,228 to the capital-improvements fund from the general fund.

 Repaying $53,281 to the sewer lateral fund from the general fund.

 Transferring $773,269 from the general fund to the city’s non-expendable trust.

And as the city reported a $2,968,098.39 cash balance in 15 separate accounts — including the general fund — as of Sept. 30, city officials have declined to say how much of that balance already is designated for expenses.

After city leaders contacted 10 banks to seek proposals to refinance Crestwood’s debt, aldermen agreed in October 2006 to accept the only bid they received — the $2.87 million annual-appropriation note with Royal Banks of Missouri.

The note carries an interest rate of 5.44 percent, which is less than the 5.95-percent interest rate on the city’s one-year promissory note and line of credit with Southwest Bank that expired Tuesday. City officials initially had hoped for an interest rate ranging from 4 percent to 4.5 percent on the new agreement.

The city will pay roughly $535,820.36 in interest over seven years to Royal Banks of Missouri. That figure combined with the $2.87 million note results in the city spending slightly more than $3.4 million of the estimated $3.64 million earmarked for funding the note.

That $3.64 million in expected funds comes from Proposition S — a tax-rate increase of 20 cents per $100 of assessed valuation that was approved by voters in April to retire more than $3.5 million in debt and line-of-credit expenses accumulated at that time.

City officials also were able to obtain the debt refinancing without using any city property as collateral. The city’s previous agreement with Southwest Bank included pledging the titles to the Crestwood Government Center and the city garage on Pardee Lane to the bank.

Because the city had not received any bids on the debt refinancing last year by Oct. 18 — the original deadline for bids to be submitted — Myers changed the deadline to Oct. 24.