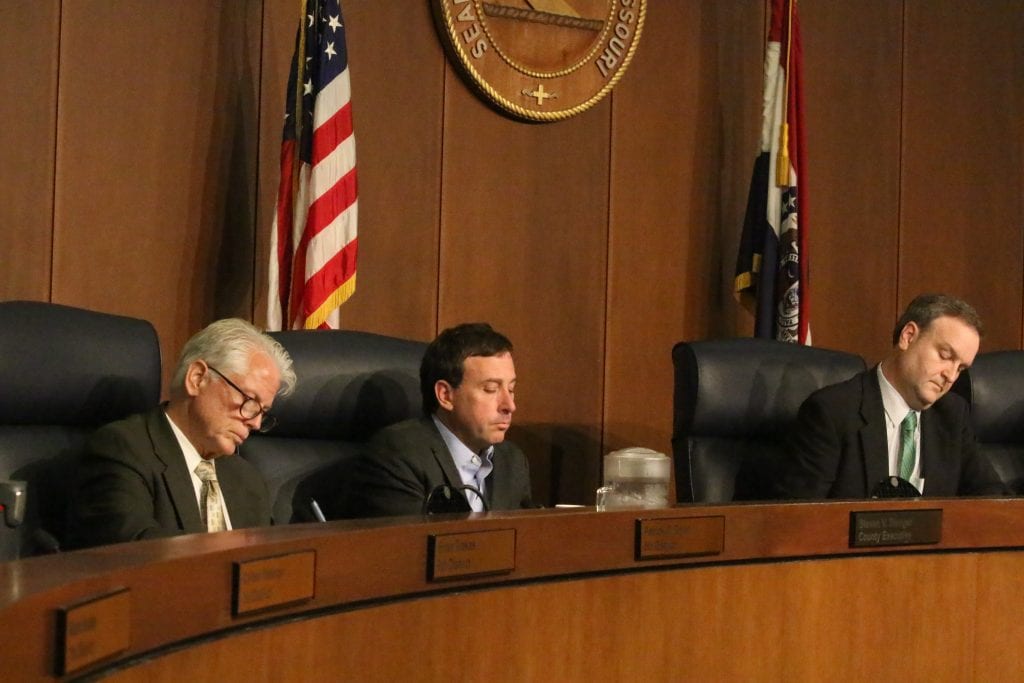 A judge ruled Tuesday that one of the St. Louis County Council’s three proposed amendments to the county Charter should be taken off the Aug. 7 ballot, but voters can still consider the other two amendments.

Tetired Franklin County Circuit Judge Gail D. Wood, who was specially appointed to the case when St. Louis County judges recused themselves, issued the ruling in a lawsuit filed by a Kirkwood resident that sought to keep all three amendments off the ballot. Wood said in his judgment that the ballot summary for Proposition 4, an amendment that would create a $2,600 campaign-contribution limit at the county along with other financial changes, is too misleading to be considered by voters this August.

Because the council’s legislation for the amendment evolved before final passage to say “interdepartmental” from “intradepartmental,” the ballot language is misleading, Wood said.

Two other amendments remain on the ballot: Proposition 2 that allows the council to hire its own staff attorney along with private outside attorneys, and Proposition 3 that defines the Charter meaning of “employment” so that work as an independent contractor for government entities would not be prohibited.

The ballot language of those amendments is “not illegally insufficient, unfair or misleading,” Wood wrote in his ruling.

Ballots will not have to be reprinted since all sides to the lawsuit agreed that if any amendments were thrown out, a note could be posted in election precincts to warn voters that their votes on the amendments would not count.

The lawsuit was brought by Kirkwood resident Jordan Grommet, who was represented by Jefferson City attorney John Watson.

All three amendments are opposed by County Executive Steve Stenger, who is running for re-election in the Democratic primary that same day, but the council says they are necessary to counter Stenger’s power.

But Stenger denied any involvement in the lawsuit.