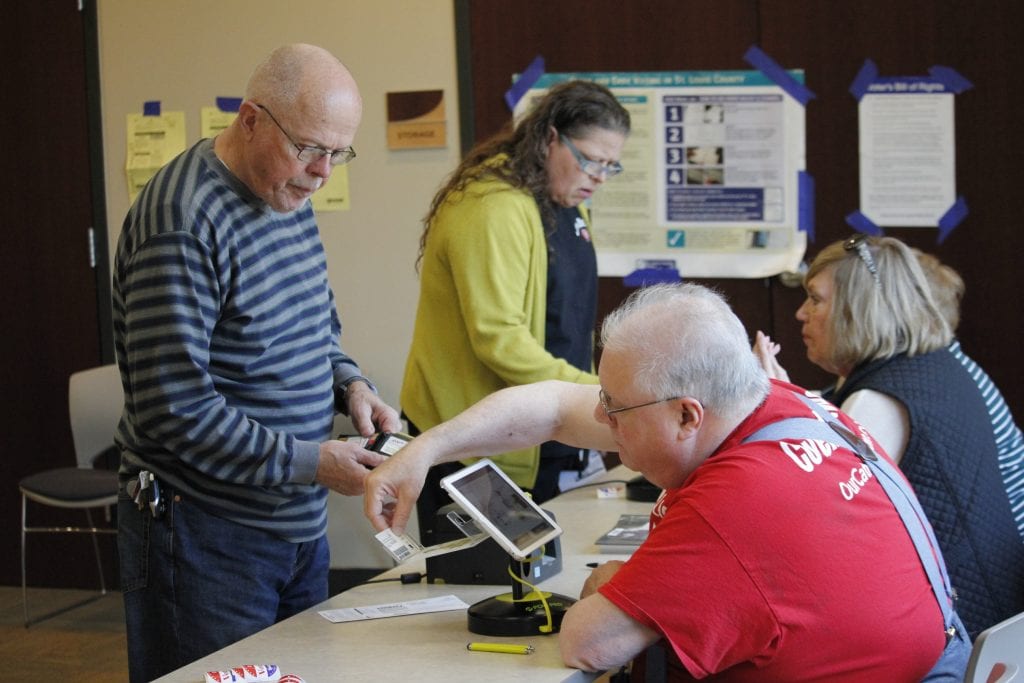 A judge in Cole County struck down ballot language placed on the November ballot by Republican Missouri lawmakers for Amendment 3, calling the ballot summary of the revision to the “Clean Missouri” amendment “misleading, unfair, and insufficient,” violating the law in the process.

The judgment may be read online.

Backers of the original Clean Missouri amendment, who classify the new amendment as “Dirty Missouri” and as a “dishonest and deceptive” attempt to change the redistricting and lobbyist restrictions set by voters in November 2018, said in a statement, “The ballot language written by politicians for Amendment 3 was full of objective falsehoods and misleading language designed to trick voters and hide the true intention of the measure — to overturn voter-approved redistricting reforms, and install a new gerrymandering plan in the state constitution that would allow lobbyists and political operatives to draw maps designed to protect incumbents.”

If approved, Amendment 3 would alter changes made to the Missouri Constitution by voters during the November 2018 election, including revisions to the redistricting process in Missouri. Opponents of Clean Missouri in 2018 had taken backers of that amendment to court to have its ballot summary thrown out, and it was also thrown out by a Cole County Circuit Court judge, but an appeals court allowed the language to stand. That amendment had been placed on the ballot by citizen petitions.

The original Clean Missouri constitutional amendment passed by 62 percent statewide and empowered a nonpartisan state demographer to oversee redistricting. It also set strict limits on lobbyist gifts and lowered some campaign contributions for state lawmakers, among other things.

Critics of the amendment say it undoes the will of the voters, but supporters say bringing it back to the ballot still leaves the final decision up to voters.

Joyce pointed to the 2018 election results as a reason the new ballot language isn’t legal. She wrote in her ruling that the ballot summary, which was written by the Missouri Senate instead of Attorney General Jay Ashcroft, but certified for the ballot by Ashcroft, is illegal because it didn’t inform voters that the amendment would essentially abandon that 2018 redistricting decision to return to the system that voters had voted to overturn.

In the ruling, Joyce wrote  that a “summary statement may not falsely inform voters a ballot measure will do something it will not.” The legislators’ ballot summary had led with the modest proposed $5 reduction in lobbyist gifts rather than the redistricting change, which is a far more substantial change, Joyce said.

“Where, as here, the legislature seeks to override the recent, clearly expressed will of Missouri voters on a matter as important as redistricting, the law requires that voters be plainly informed what they are being asked to consider,” Joyce wrote.

By ruling, Joyce vacated the ballot summary crafted by politicians for Amendment 3 and ordered that it be replaced with fair and accurate information about the proposal. The full ballot title for Amendment 3 will now read:

Shall the Missouri Constitution be amended to:

Repeal rules for drawing state legislative districts approved by voters in November 2018 and replace them with rules proposed by the legislature;
Lower the campaign contribution limit for senate candidates by $100; and
Lower legislative gift limit from $5 to $0, with exemptions for some lobbyists?

“Politicians may lie to our faces about what they’re trying to do with Amendment 3, but they can’t lie in what appears on the ballot,” said Sean Soendker Nicholson, campaign director for the No on Amendment 3 campaign, in a news release. “Everyone needs to understand that politicians are trying to trick voters by hiding a deceptive gerrymandering plan in the state constitution. The whole goal of their plan is to protect incumbent politicians in rigged maps drawn in back rooms by lobbyists and political operatives.”

During a Missouri House hearing earlier this year on the legislation to send the proposed new amendment to the ballot, Rep. Mary Elizabeth Coleman, R-Arnold, refuted claims that the resolution undoes the will of the voters because the measure, if passed, would ultimately put the proposed changes back to a vote in November.

The Senate resolution passed largely along party lines, with 22 members of the Senate voting in favor, including Sen. Andrew Koenig, R-Manchester, while nine members were opposed, including Sen. Scott Sifton, D-Affton. There were three vacancies in the 34-member Senate. Only one Republican voted against the resolution: Sen. Lincoln Hough, R-Springfield.

“It (Clean Missouri) went through mostly because people wanted the pay-to-play, the lobbyist effect out of our elected officials. But we got some other things with that. A lot of people didn’t realize they were getting a change in redistricting,” said Rep. Michael O’Donnell, R-Oakville, at a town hall at Grant’s View Library last October.