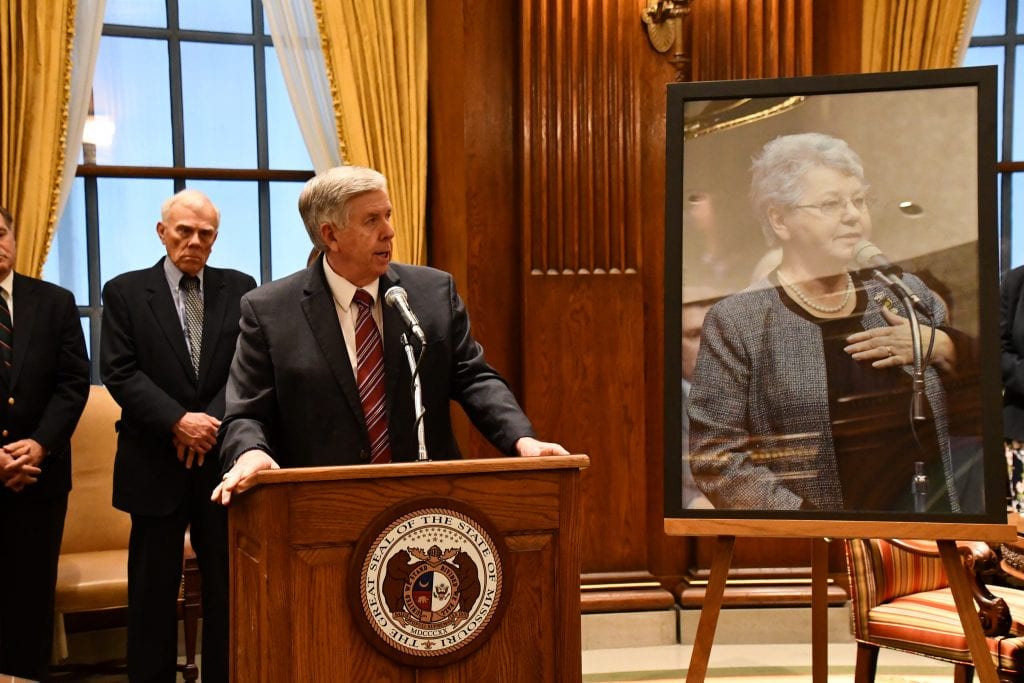 Depending on a judge’s ruling expected Friday, Missouri could become the first state since Roe v. Wade with no functioning abortion clinics.

On the heels of signing an abortion ban after eight weeks last week, Gov. Mike Parson, a Republican who opposes abortion, said this week that the Missouri Department of Health and Senior Services could shut down the only abortion clinic in the state, Planned Parenthood’s St. Louis clinic, due to a list of unspecified but “numerous violations of state laws and regulations” found in the state’s annual inspection in March.

Planned Parenthood sued to prevent the state from allowing its license to lapse. A St. Louis city circuit judge will decide by Friday whether to side with the state or allow the clinic to continue operating.

“It would be reckless for any judge to grant a temporary restraining order before the state has taken action on a license renewal,” Parson said. “No judge should give special treatment to Planned Parenthood in this instance.”

Among the problems, Parson said there had been failed abortions and problems getting the same doctor who signs an informed consent 72 hours before an abortion to also perform the abortion. Planned Parenthood has to perform a pelvic exam 72 hours before an abortion. The governor says they did not comply with those state laws in every case, and that the clinic should get “no special treatment” due to its position as the only abortion clinic.

“This should be concerning to all Missourians who support the safety and care of women’s health,” Parson said Wednesday in a press conference at his office.

The state agency said it needs to talk to all seven doctors at the clinic before it will renew the clinic’s license to operate, which is set to expire Friday. So far, it has spoken to two of the abortion doctors. Planned Parenthood argues that since the doctors are not employees, it cannot force them to talk to the state.

Protesters rallied under the Arch and walked to Parson’s downtown St. Louis office to protest.

Planned Parenthood said the governor’s “fearmongering” and “dangerous” move was targeted to intimidate abortion providers, rather than being driven by patient safety.

“Just days after signing into law an extreme and dangerous bill that bans abortion after eight weeks, Gov. Parson has weaponized the health department to block the last remaining licensed abortion center from providing care in the state,” the organization said in a news release. “More than 1.1 million Missouri women — and trans and nonbinary Missourians — of reproductive age now face a world where they are blocked from accessing the health care they need. A world we haven’t seen since before 1973 when Roe v. Wade was decided. This is effectively a ban on abortion, period.”