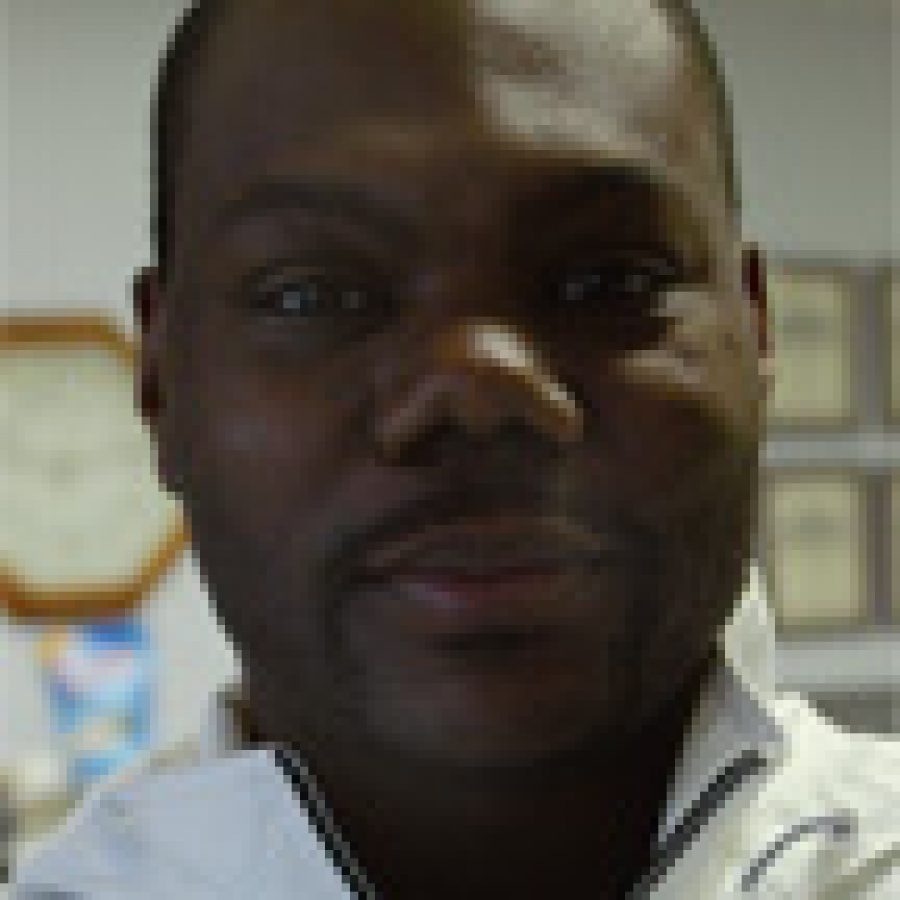 James Jones Jr. will square off against Thuston, who is seeking his second two-year term as a Ward 2 alderman.

 “To oversee the current development and growth within Green Park, the institution of a business-to-citizen relationship and oversight of the Green Park Road project,” Thuston said.

Jones, 30, 11109 Patsy Drive, is an electrician and member of International Brotherhood of Electrical Workers Local 1 and has been involved in Habitat for Humanity. He and his wife, Stephanie, have two children who attend elementary school.

Jones is seeking office “to bring active representation to the Ronnie Hills subdivision.”

Thuston, 54, 9400 Green Park Road, is a consultant for membership for CCA Global. He has six children ranging in age from 14 to 33.

Thuston is seeking re-election “to continue to oversee the development of Green Park and that it grows in balance with population and infrastructure.”

Jones said, “The current system we have is fine for short term, but not for long term.”

Thuston said, “We need to help our local businesses through these tough economic times, not burden them with more costs. That said, though, if those tools will help getting some of our vacated properties filled, it would help.”

Do you agree with the direction the city is moving under the leadership of Mayor Tony Konopka?

Jones said, “Everything except the Green Park Road project.”

Do you support the performance of City Administrator Zella Pope?

Do you support the performance of City Attorney Paul Rost?

Jones said, “Yes. I will keep the meetings open for my fellow neighbors and residents. Also, I will make sure the information on the city Web site is kept updated.”

Thuston said, “Absolutely. We have been very cautious to comply with the Sunshine Law.”

Thuston said, “Much improvement has been done on the original plan. The delays have definitely been worth it.”

Jones said, “Yes, I would encourage both, depending on the size of the business.”

Thuston said, “Of course I do.”

City officials have discussed in recent months whether Green Park Commerce Center business owners should be allowed ownership of streets within that business park. What is your opinion of this proposal?

Thuston said, “No, no, no. We need to keep this Commerce Center and its businesses under our boundaries. The facilities and roads used to get to and from these businesses are ours, and we need to keep the residents of the center within our boundaries. Any move to leave ownership of these streets under any political body other than Green Park would lead to a possible move to leave the city. The city of Green Park benefits too much from the revenues collected from the center’s residents.”

Do you believe city officials should study expanding the city through annexation of nearby areas?

Thuston said, “Preliminary research would not hurt. But we have a lot on the table now with all the issues on streets and other business development.”

Jones said, “Growth in these trying times. And to expand growth into our unincorporated neighbors.”

Thuston said, “Our streets will continue to be among the finest in St. Louis County. Our Commerce Center is a model of balanced development of what could have been a landfill. And it’s just about built out.

“We can improve the relationship with our local businesses by letting our citizens know exactly who is here with a registration of them and a subsequent roster sent to our residents of where these businesses are and what they offer. It would be a phenomenal way for these businesses to have virtually free advertising.”