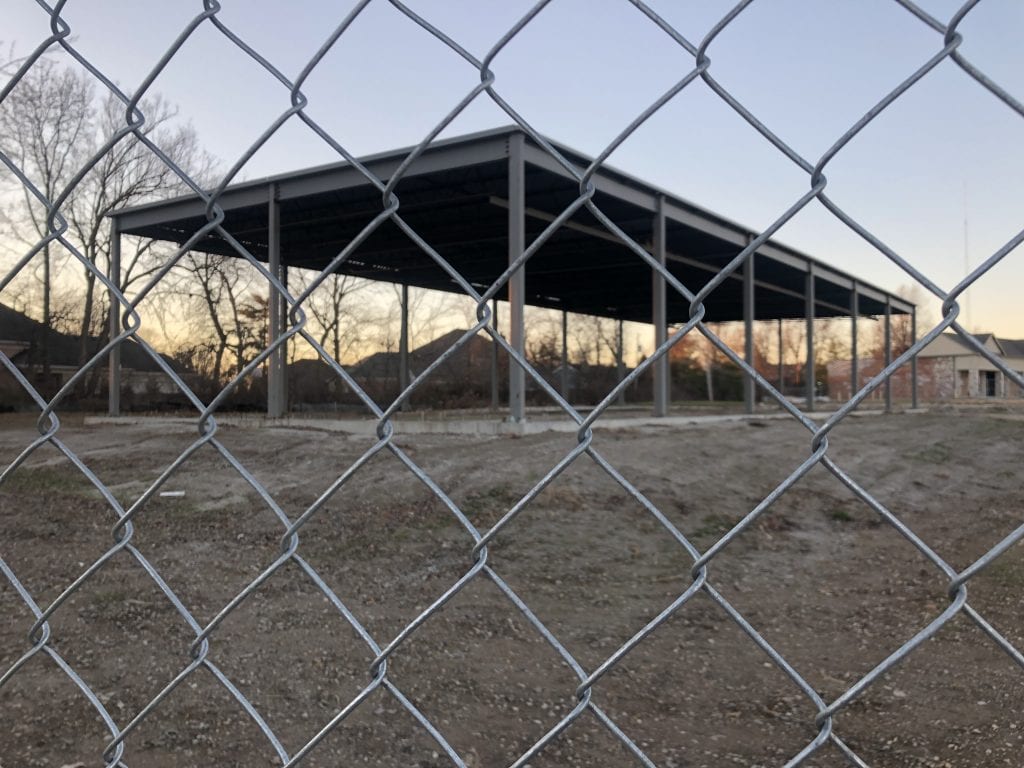 The skeleton of the would-be Jimmy John's on Tuesday, Jan. 8, 2018. Construction began at the site at 3751 S. Lindbergh Blvd. over a year ago but little progress has been made since. Photo by Erin Achenbach.

The owner of a proposed Jimmy John’s at 3751 S. Lindbergh Blvd. appeared before the Sunset Hills Board of Aldermen Feb. 12, this time with good news.

Steve Saladin told the board that he had secured loan approval from the bank and was awaiting a letter of commitment, and that he will be able to continue construction on the building where he plans to operate a Jimmy John’s, as well as lease out the rest of the building to another business.

“We’ll be putting shovels in the ground soon,” said Saladin, although he did not give a solid timeline when that would be.

Saladin also told the board that he had come up with a plan to address the flooding issues that a Sunset Chase resident brought up against the property at the January meeting.

“On behalf of the board and myself, we are very happy to hear that you secured financing,” said Mayor Pat Fribis.

“Congratulations. It sounds like a step in the right direction,” said Ward 2 Alderman Casey Wong. “We appreciate you addressing the water issues as well.”

Eventually the plan was approved with some concessions to neighbors, and construction began at the site. The concrete foundation was poured and the steel skeleton of the building was constructed, but progress halted in December 2017. An amended permit was approved by the city in March 2017, but no further progress was made at the property.

Sunset Hills declared the property a nuisance in the fall and cited Saladin for several municipal code violations. Saladin cleaned up the property but missed a deadline in December to either take down the steel structure or make it safe.

Saladin appeared before the Board of Aldermen in January, which granted him a 90-day extension to secure financing and a 120-day extension to begin construction, with the caveat that he attend every board meeting with status updates on the property.

At the January meeting, Saladin said he saw no reason why construction could not resume within 30 days of receiving a loan commitment from the bank.