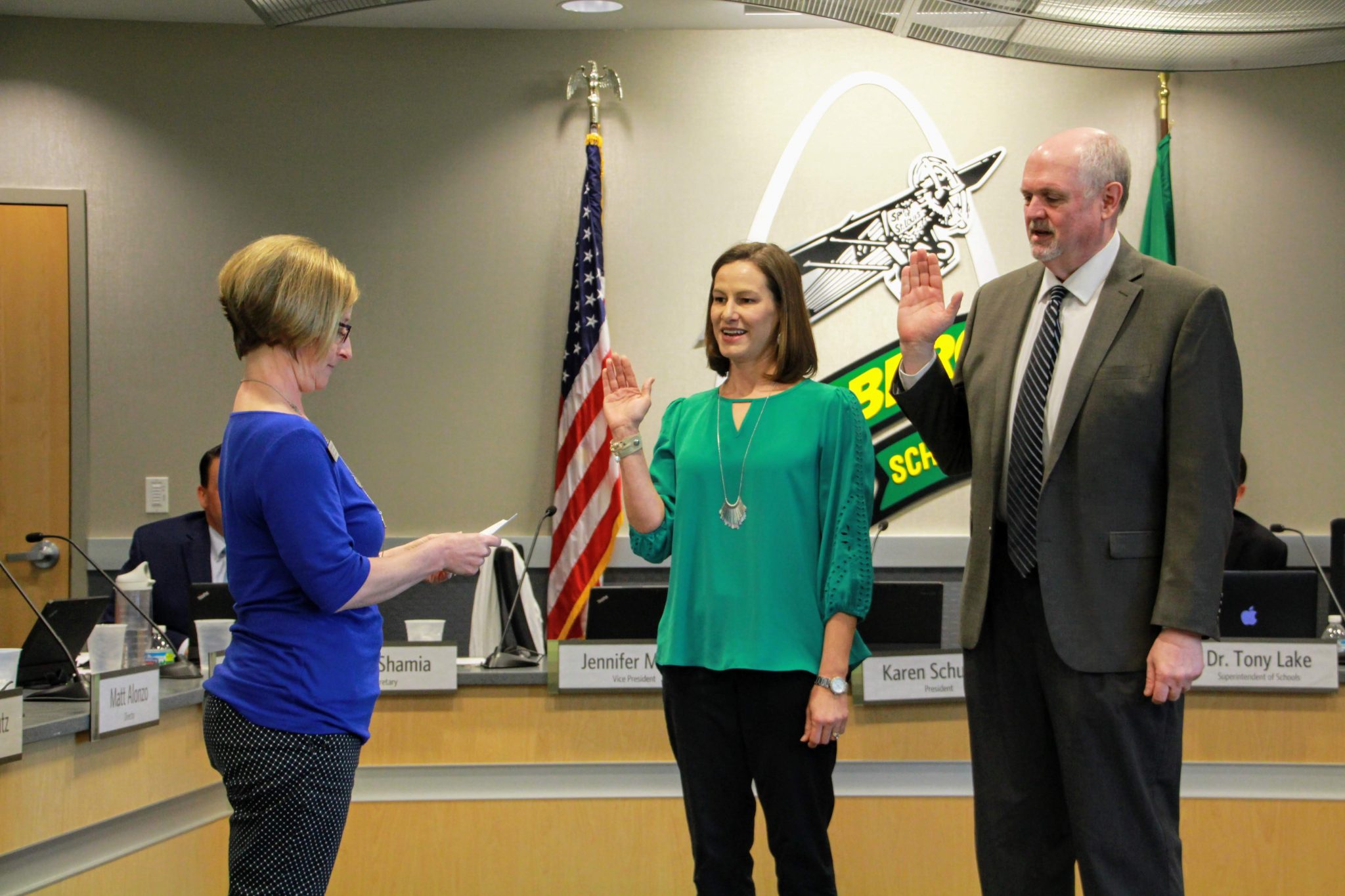 Pictured above: Lindbergh board President Karen Schuster, left, swears in, from left, Jennifer Miller and Mike Tsichlis to their second terms on the Lindbergh school board Tuesday.

Voters re-elected Jennifer Miller and Mike Tsichlis to the Lindbergh Board of Education last week, and Miller and Tsichlis were sworn in for second terms during the April 9 board meeting.

Miller and Tsichlis were unopposed in their bids for second three-year terms.

They were re-elected the same night that voters passed the district’s $105 million no-tax-rate-increase bond issue Proposition R with 77 percent of the vote.

At the board’s annual reorganization meeting after Miller and Tsichlis were sworn in again, board members unanimously re-elected board President Karen Schuster to serve another term at the helm.

Outgoing Vice President Miller then nominated outgoing Secretary Mike Shamia to serve as vice president, which the board unanimously approved.

For secretary, Tsichlis and another member nominated Miller, who was unanimously approved to serve in that role for the year.

Outgoing Treasurer Tsichlis nominated board member Christy Watz to serve as treasurer, and the board unanimously approved the motion.

The unofficial results of the election have not yet been certified.

The unofficial election results for the board race are: