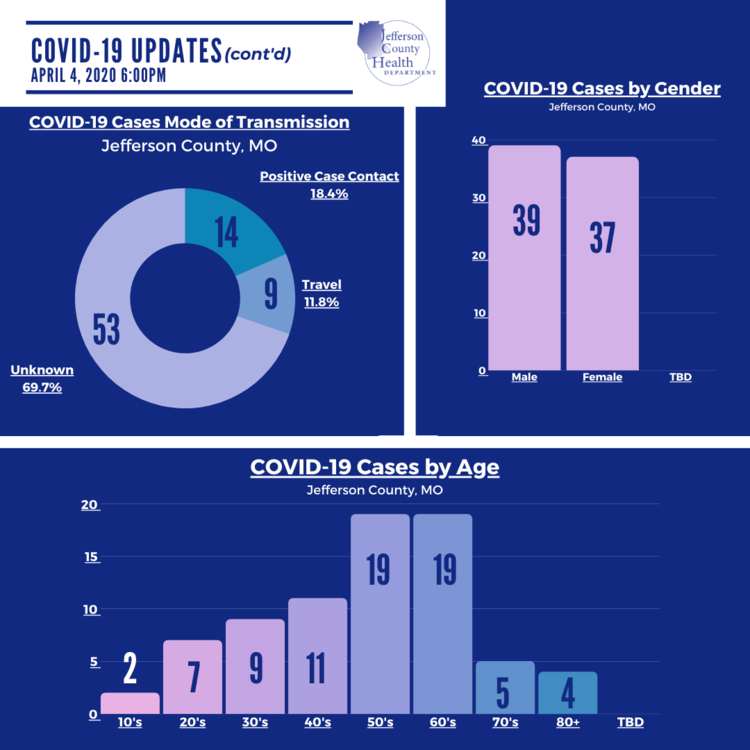 Some of the data released on Jefferson County's new data dashboard.

Jefferson County has reported its second death from the coronavirus, just days after its first death during the COVID-19 pandemic.

Of 76 total cases, the county has had two deaths and one recovered case, according to a new data dashboard unveiled on the Jefferson County Department of Health’s website.

The dashboard also provides data on gender of those who tested positive, along with their age and ZIP code.

Cases are slightly more common in men, 51 percent to 48 percent. Of the cases so far, 39 have been men and 37 have been women.

Most cases in Jefferson County appear to be from community spread. Only nine cases are known to be from travel, and 14 cases are from known contact with a person who tested positive.

So far, 59 people have been released from monitoring.