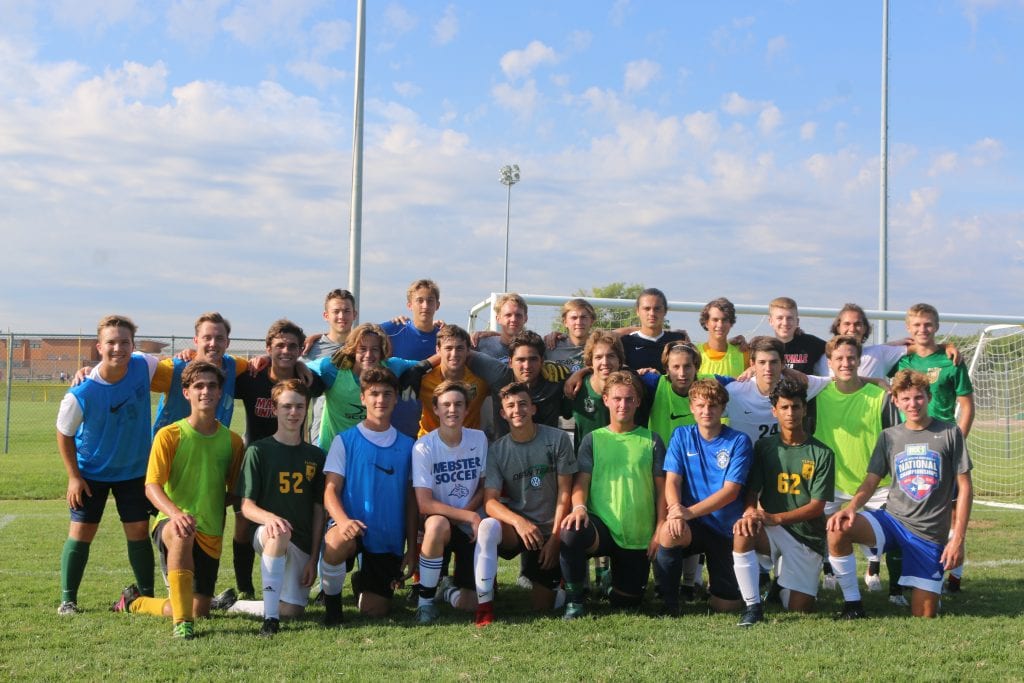 Despite losing 11 starters to graduation, Lindbergh High head coach Mark Giesing is confident about the 2018 season for his boys’ soccer team. Photo by Jessica Belle Kramer.

“We have a lot of positions available, so right now, we are trying to find who that starting 11 is going to be,” Giesing said. “There were a lot of vacancies. We were a very senior-latent team last year. And so a lot of guys will have to step up and fill some big spots, especially on the goal-scoring side where our biggest goal-scoring threats have all graduated.”

Despite the loss of all last year’s starters, Giesing is confident in his incoming senior players.

“We know we’ve got a lot of great talent, and they’re eager to get their chance now,” Giesing said. “We think we do have the talent to fill those shoes, but we’ve yet to identify exactly who those guys are going to be.”

Though the team has yet to identify their starting offenders, when it comes to their lead goalie, they don’t need to look any further.

“Wil Ohler is back this year, and (he) looks to be early on to get the knot as our lead goalie,” Giesing said.

Last year, a battle with leukemia took Ohler out of the game.

Giesing calls it the “very fabulous story of, literally, survival.”

He said, “Wil brings a huge energy and inspiration to these guys because here’s a guy who was truly on his deathbed many times last year. And here he is, ready to go and really recharging the team with his positive attitude and his enthusiasm.”

Last year, the team and the school rallied around Ohler during his cancer treatment, selling “Where there’s a Wil, there’s a way” shirts.