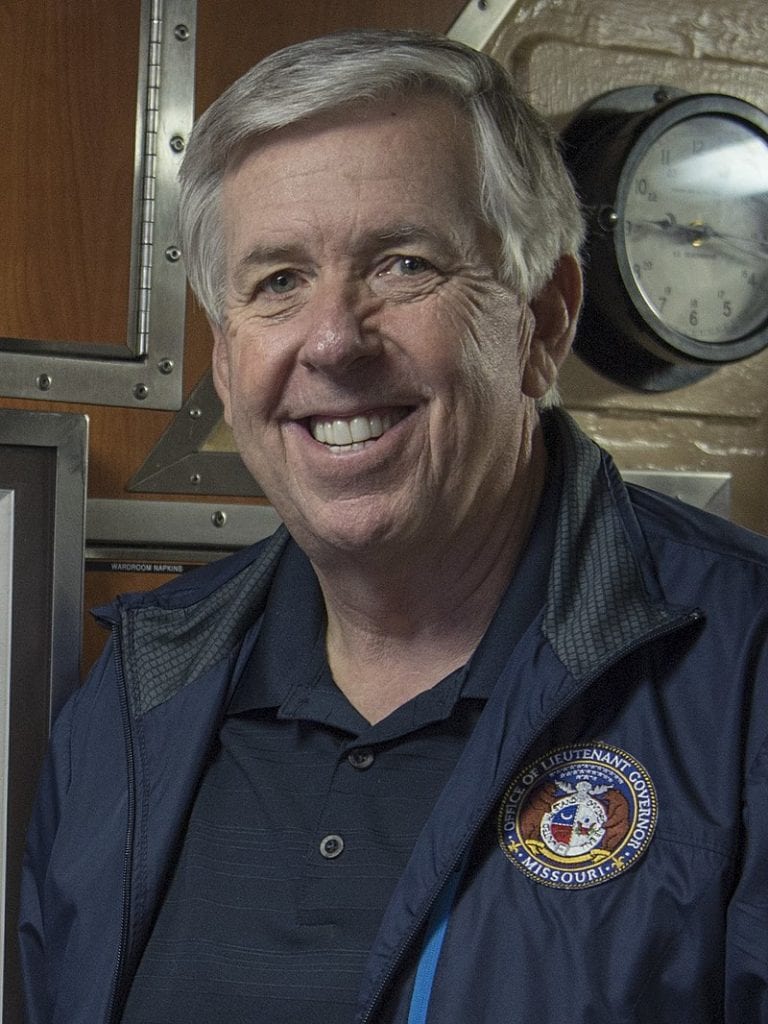 Missouri’s next governor, Mike Parson, has few similarities to Gov. Eric Greitens, but he might serve as a greater ally for Republicans in Jefferson City.

Parson will become Missouri’s 57th governor at 5 p.m. Friday, after Greitens announced he would resign Tuesday evening amid criminal charges and scathing reports by the Missouri House’s investigative committee. Peverill Squire, political science professor at the University of Missouri at Columbia, said that while Parson isn’t particularly dynamic, Squire suspects that Republican officeholders will be happy to govern with less drama.

“Next year’s General Assembly will likely have to contend with far fewer distractions,” Squire wrote in an email.

Parson said Greitens’ decision to resign was in the best interest of the state and Missourians, according to a press release from his office. The decision will allow the state to move forward and heal in a difficult time, he added.

“This is an enormous responsibility serving as our state’s next governor,” Parson said, “and I am ready to fulfill the duties of the office with honor and integrity, and with a steadfast commitment to making our great state even greater for the people we are entrusted to serve.”

Greitens slashed funding for higher education, but Parson has expressed support for the state’s colleges and universities.

“We cannot sit around and cut education and not allow them to have the tools they need to meet the skilled workforce demand,” Parson previously told the Columbia Missourian.

In a joint statement, University of Missouri System President Mun Choi and Mizzou Chancellor Alexander Cartwright said that Parson has been a strong champion for higher education and has demonstrated his dedication to providing affordable high-quality learning.

“We’re looking forward to working with him as we educate the future leaders of Missouri and support our researchers who impact the lives of Missourians every day,” Choi and Cartwright said.

Although Attorney General Josh Hawley, who is running against McCaskill in November, is probably relieved by Greitens’ resignation, it is not clear whether he can escape criticism for his office’s handling of its investigations into the governor, Squire said.

Parson, 62, was elected in 2016 alongside Greitens. Parson won 110 out of the state’s 114 counties, according to the biography on his website. Parson was elected in 2004 as a state representative. Afterward, Parson served as a state senator from 2011 to 2017, until he took office as lieutenant governor.

A small-business owner and third-generation farmer, Parson was raised on a farm in Hickory County, southwest of St. Louis County. He served as sheriff from 1993 to 2005 of Polk County, where he lives with his wife, Teresa, near Bolivar. The family owns and operates a cow and calf operation.

“He’s not the type of guy who would be elected governor, but he’d make a good governor,” said Chris Kelly, a former state representative from Columbia. “He’s not flashy or spectacular, but he’s smart and knows how to make good decisions.”

In the General Assembly, Parson chaired the Small Business, Insurance and Industry Committee and served as the majority whip for two years during his tenure as a senator. While serving in the House, he was chair of the House Rules Committee.

Between 2012 and 2017, Parson ranked fourth in the number of bills passed in the Senate.

“He’s the polar opposite of Greitens,” Kelly said. “He’s experienced and knows how to make decisions. I don’t agree with him on a lot of things, but he’d be a good governor.”

Other officeholders have lent their support to the new governor, including Hawley and U.S. Sen. Roy Blunt.

“The governor made the best decision for his family and the state,” Blunt said in a statement. “I look forward to Gov. Parson’s leadership and will do everything I can to be helpful.”