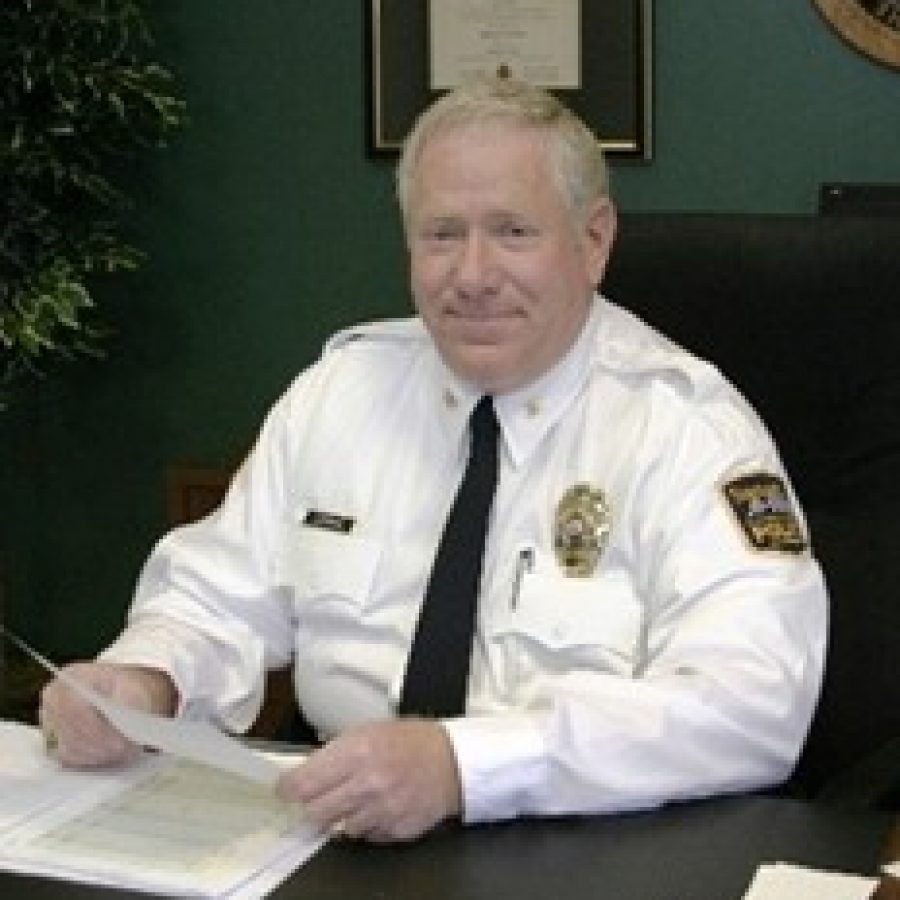 When the Sunset Hills Board of Aldermen considered impeaching Mayor Mark Furrer last week, the charges went beyond Furrer’s July 29 incident with a Fenton bicyclist to also allege a behind-the-scenes conspiracy at the Police Department.

Although aldermen voted down articles of impeachment, the final clause in the document accuses Furrer and longtime Sunset Hills Police Department Lt. Greg Zveitel of “conspiring” to force Police Chief William LaGrand out of the job LaGrand has held for 23 years.

Furrer committed “acts of crime, misconduct, and moral turpitude by deliberately and intentionally making false statements accusing Sunset Hills Chief of Police LaGrand of working a private job while he should be working for Sunset Hills,” the articles of impeachment allege.

The document further alleges Furrer conspired with “Zveitel to discredit the chief, have him resign, have him fired and have his official car removed.”

Five of the city’s eight aldermen rejected the articles of impeachment. The aldermen in favor were acting board President Scott Haggerty, Ward 1 Alderman Dee Baebler and Ward 3 Alderman Jan Hoffmann, who will retire in April after 24 years on the board.

When Ward 3 Alderman Kurt Krueger voted against the articles of impeachment, he said, “I refuse them as written.”

Furrer, LaGrand and Zveitel did not respond to requests for comment from the Call for this article. Previously, Furrer has declined to comment to the Call about whether he asked LaGrand to resign last year, noting that the matter is a personnel issue. In emails to LaGrand and Zveitel, however, he has discussed his “beef with the chief.”

Indications of the strained relationship between Furrer and LaGrand did not surface publicly until Furrer asked the chief to work night shifts, but Baebler said Furrer was open with aldermen about his intent to oust the chief soon after the mayor took office last April.

LaGrand is near retirement age, and Zveitel is one of the longest-serving city employees, with 37 years of service.

In public and in private, Furrer has favored Zveitel over LaGrand, once asking the lieutenant a question about the budget of the Police Department at a Board of Aldermen meeting, even though LaGrand sat on the dais as the head of the department.

Last year, the mayor disinvited the chief to city meetings for department heads that Zveitel attended instead. During the past year Furrer also told LaGrand not to attend the pinning ceremonies for new recruits to the Police Department, Baebler wrote in a letter to the Call.

During board meetings, Zveitel usually sits at the front of the room near aldermen, but he sat in the audience at last week’s meeting on articles of impeachment that mentioned him.

The first three paragraphs of the articles of impeachment focus on the bicyclist incident last summer in which St. Louis County prosecutors allege Furrer deliberately hit bicyclist Randy Murdick with his car on Old Gravois Road in Sunset Hills. Furrer faces a Dec. 14 jury trial on felony charges of assault and property damage for the incident with Murdick, who took months off work after he ruptured his Achilles tendon during the altercation. Furrer denies he swerved into Murdick.

The incident happened the same day Furrer sent an email to LaGrand asking the chief to work night shifts instead of day shifts, a request that LaGrand interpreted as a permanent change but Furrer said LaGrand misinterpreted.

“What’s the problem? It’s not like I wanted him to wash the officer’s cars,” Furrer told the Call about the night shift dustup. “But even that, is that beneath him?”

The city declined to provide that email to the Call since it involves a personnel issue, so it is unclear whether Furrer contacted LaGrand before or after the July 29 incident.

Earlier that day, Zveitel had lunch with Furrer, Crestwood Mayor Gregg Roby and five other guests at the opening of Gordo’s Margaritas restaurant in the Sunset Hills Econo Lodge. LaGrand was not at the lunch.

Gordo’s, which closed in January, did not have its state liquor license at the time of the grand opening lunch, and manager Rogelio Lopez told police that no alcohol was served.

Zveitel was one of two lieutenants who responded to the scene outside Delta Dental when 911 callers reported a hit-and-run involving Furrer and a bicyclist around 4 p.m., according to the police report. LaGrand did not go to the scene, but turned the investigation over to county police two days later.

Zveitel and other Sunset Hills officers at the scene told county detectives they did not see any signs of intoxication from either Furrer of Murdick. The police report quotes Zveitel as speaking to the mayor at the scene, but not Murdick.

Although Furrer denied ever intending to outsource the city’s Police Department, LaGrand sent Furrer a memo June 10 that said he met at the mayor’s request with St. Louis County Fenton Precinct Capt. Jeff Bader about contracting out police services to the county, but LaGrand concluded the move would cost the city more money.

That night, the Board of Aldermen voted 7-1 to take away the chief’s use of a city vehicle, with only Ward 1 Alderman Richard Gau dissenting. Furrer has declined to discuss the events of that closed meeting, but the articles of impeachment allege that Furrer fought to have LaGrand’s car taken away for supposedly working a second job on city time.

However, personnel records from the city and Catholic Charities in Crestwood show that LaGrand worked a second job in counseling for the nonprofit organization at night after work, not during the day, Baebler said in an email to her constituents. The chief has a degree in counseling.

Aldermen unanimously voted in open session in September to restore the chief’s city car, to clarify that the Police Department could only be dissolved on a vote of the Board of Aldermen and to grant a vote of confidence to the city’s police and to LaGrand. The board voted 7-1 for a vote of no confidence in Furrer the next month, with Ward 2 Alderman Tom Musich the only dissenting vote.

If true, the allegations outlined in the articles of impeachment could not only be potential impeachable offenses but might open the city up to a lawsuit from LaGrand on age discrimination or other grounds. Police Advisory Board Chairman Frank Pellegrini told the Call that LaGrand has always had favorable evaluations throughout his time in Sunset Hills.