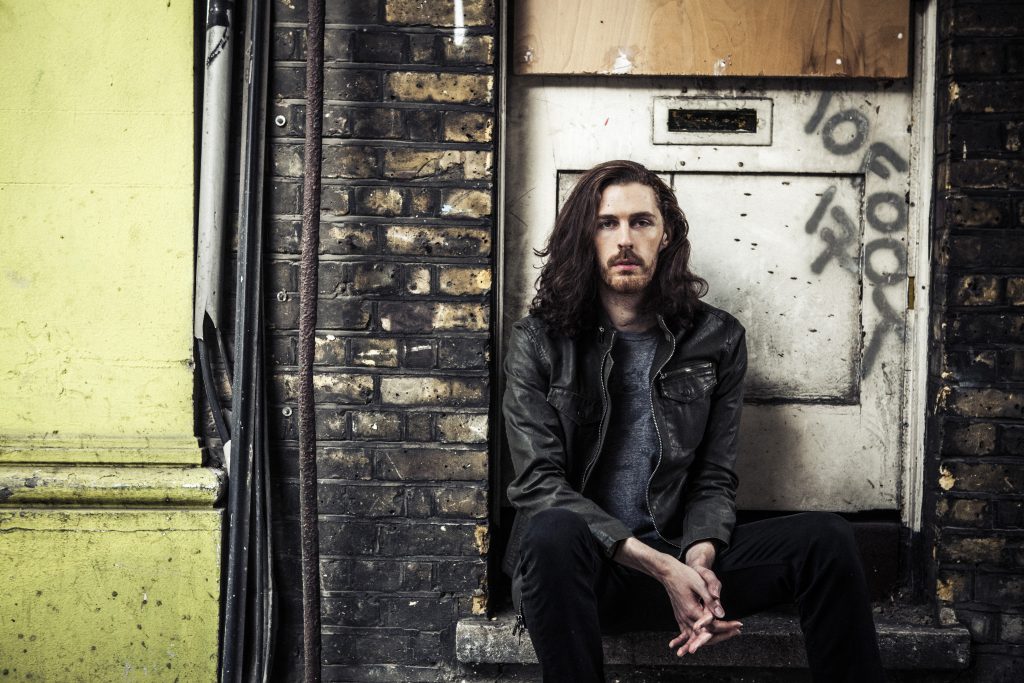 Hozier will appear June 6 at the Stifel Theatre, 1400 Market Street. Tickets start at $43.

Even if Hozier’s newly released second album, “Wasteland! Baby,” fails to come close to the success of his debut effort, the Irish singer/songwriter will always have at least one memory that will make the new album stand out over time.

That experience came in recording the lead track and first single “Nina Cried Power,” when Hozier worked in the studio with gospel/soul great Mavis Staples and legendary keyboardist Booker T. Jones. The song pays homage to artists – Staples being a prime example — who stood up for civil rights, both in their music and their work for the cause.

“It was an absolute honor having Mavis, the fact that she was up for being part of that song and she knew where it was coming from,” Hozier said in a recent phone interview. “She’s a super important artist and just a total hero. That song was written about artists like her. She totally embodies what that song is about. And then Booker T, the first band I was ever in at 14 or 15, I joined a group of kind of older kids. We were covering Stax (Records songs played by) Booker T & the MGs. Being able to tell him that (was special), that his music is one of the reasons I became a musician and have continued with it. His work kind of switched on that light in my head. I just think, just working with both of them was a total dream of mine to be able to see that happen.”

Hozier, who turned 29 on St. Patrick’s Day, began his solo career about seven years ago when he landed a development deal with Universal Ireland Records followed by a record deal in early 2013 with Rubyworks Records.

At the time, some early attempts to demo his songs with a few different producers had fallen short. So he decided to try his hand at producing in hopes he would realize his vision for his music.

One of his early songs was called “Take Me to Church,” and it was when he tackled that song – at first on his own and then later with producer Robert Kirwan (known for his work with U2 and PJ Harvey), who replaced Hozier’s fake instrumental tracks with live instruments – that a grittier sound, rooted in blues, jazz, soul and gospel, started to come together.

That song, of course, would entirely change Hozier’s career trajectory.

The video for “Take Me to Church” was posted onYou Tube Sept. 25, 2013, and almost immediately went viral.

The YouTube activity got the attention of bigger worldwide labels, and Hozier was signed by Columbia Records in America. Songs from his 2013 debut EP “Take Me To Church,” a second EP, “From Eden,” and some newer songs were assembled to create Hozier’s self-titled debut album, which was released in September 2014.

“Take Me to Church,” naturally enough, became the album’s lead single and reached No. 2 on “Billboard” magazine’s all-genre Hot 100 singles chart in December 2014, and about a month later, “Take Me to Church” was up for a Grammy for Song of the Year.

Hozier performed the song with Annie Lennox during the Grammy telecast.

By the time touring behind the debut album wrapped up in late 2016, the album had gone double platinum and Hozier was a bona fide star. He was also exhausted from touring and promotional activities that came with his whirlwind success.

Coming off of the road, Hozier returned to Ireland and unplugged.

“I was living alone kind of in the countryside in a bungalow close to where I grew up, a place in Wicklow County in Ireland, which is pretty close to the coast, a kilometer or two from the seafront,” he said. “A lot of quiet, a lot of green, just being able to do kind of normal person things, like waking every day and preparing food for yourself. It’s the little, tiny things that you miss when you are on the road.

“You miss the regular sort of everyday stuff, being able to walk or being able to swim in the sea. Weirdly, it was one of the first summers in many, many years, in nearly my (whole) adult life I can remember being able to enjoy a summer in Ireland, which is great. That, to me, was super helpful for just the ideas and the writing and just for taking stock of things.”