House speaker recognizes Haefner as Freshman Legislator of the Year 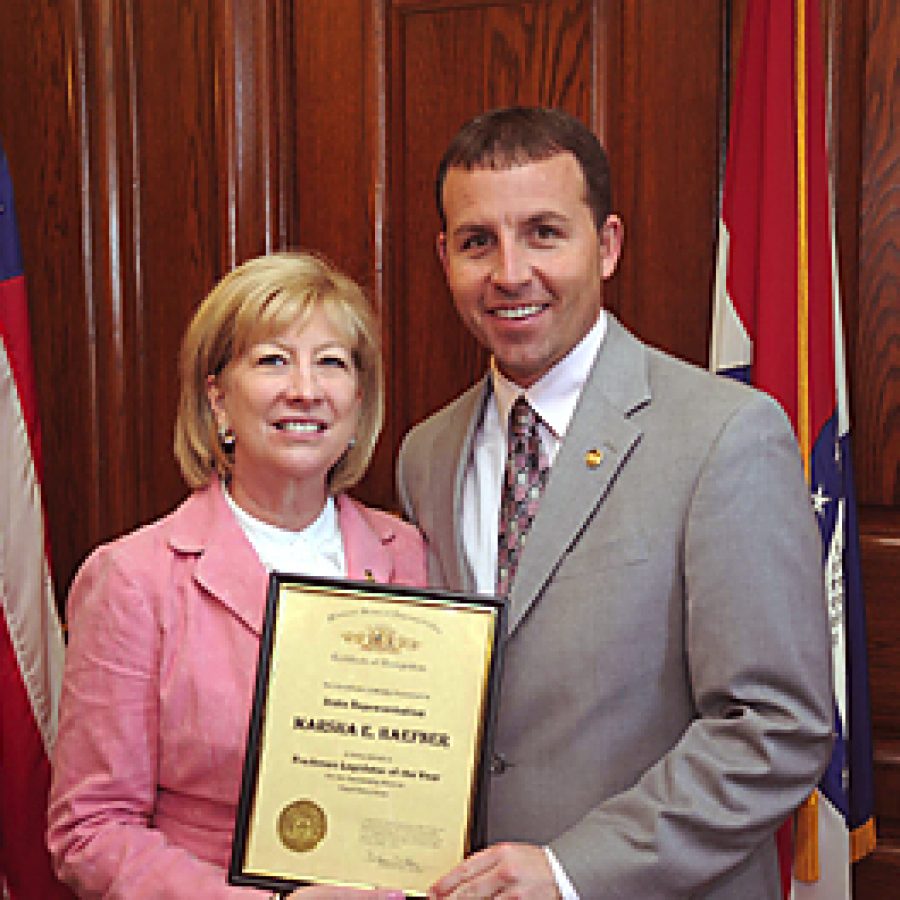 To honor and recognize the efforts of Rep. Marsha Haefner, R-Oakville, for her work this year on fiscal policy issues, Speaker of the Missouri House of Representatives Steven Tilley, R-Farmington, recently awarded her the Freshman Legislator of the Year Award for Fiscal Policy.

“I firmly believe actions speak louder than words and as an elected official, those actions are crucial to the well-being of our constituents. I commend Rep. Haefner on her actions regarding the state budget showing firsthand that their actions demonstrate leadership for the people of her district,” Tilley stated in a news release.

Through her role as a member of the House Committee on Budget, Haefner helped promote legislation that would balance the state budget in this difficult economic time, according to the release.

“I believe we accomplished a lot this year, both in the committee and in the House of Representatives,” Haefner stated. “I look forward to next year’s legislative session.”