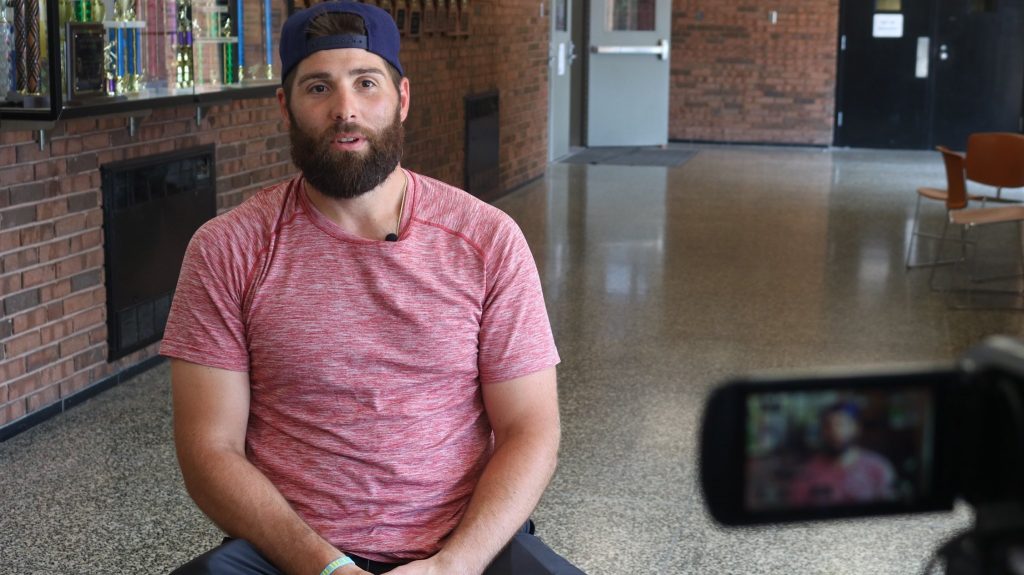 Journalism students at Oakville High School landed a major-league interview in August when OHS alum and NHL player Pat Maroon sat down for an interview with Channel 97 News, the school’s news broadcast, on his year with the St. Louis Blues and winning the Stanley Cup. It was one of Maroon’s last public appearances before he announced that he signed a one-year, $900,000 contract with the Tampa Bay Lightning.

Maroon, 31, the Oakville native who scored two game-winning playoff goals to propel his hometown team the St. Louis Blues to the Stanley Cup in June, signed a one-year, $900,000 pact with the Tampa Bay Lightning in August, days after his Aug. 19 sit-down interview with student journalists at his alma mater Oakville High School, shown in the gallery. ‘This is bittersweet for me,’ Maroon wrote on Twitter. ‘I want to start by saying thank you to the St. Louis Blues organization for giving me a chance to play in my hometown and living out a dream that I had since I was a kid … ‘I’m pumped to get the opportunity to play for the Bolts and I can’t wait to get down there and meet my new teammates and see all the fans.’