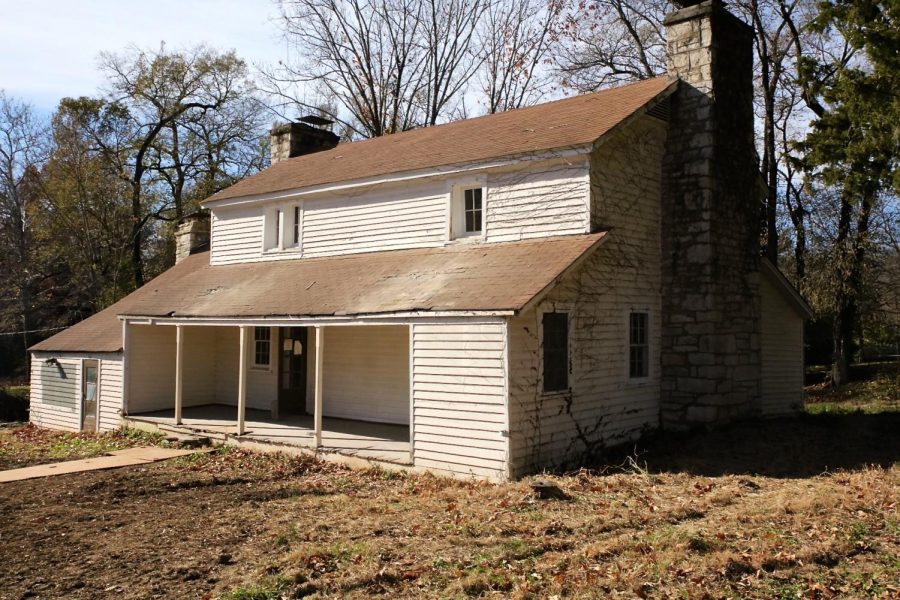 The Sappington House Foundation hosts an open house at the Joseph Sappington Cabin Nov. 20, ahead of the cabin’s disassembly, move and reassembly at a Crestwood park. The cabin was built in 1816 and is on the National Register of Historic Places.

The Joseph Sappington Log Cabin welcomed visitors for the last time last month during an open house ahead of the structure’s disassembly and move to Crestwood.

The Sappington House Foundation hosted the open house Nov. 20 after the cabin had been gutted, giving visitors the opportunity to see the cabin’s log construction up close. The cabin was built in 1816 and is on the National Register of Historic Places, although it will lose that designation once it is disassembled and moved.

The Crestwood Board of Aldermen voted 6-1 in September to help pay part of the costs to disassemble, move and rebuild the cabin at the Sappington House property, 1015 S. Sappington Road. The vote was the culmination of an effort going back to March by the foundation and historic preservationists to get the cabin moved. The lot the cabin currently sits on was purchased by Jim Freund, who wants to construct a new house on the property and Freund had offered to donate the cabin to the city if it could figure out a way to move it.

The proposal passed by aldermen authorizes the city to reimburse up to $125,000 toward the cabin’s move, as well as permit the foundation to assemble the cabin on the Sappington House property. The foundation is working with Antique Logs Unlimited to disassemble, relocate and reassemble the cabin. The city is offering $100,000 to reimburse the move, as well as $25,000 toward utility relocation. Separately, the foundation has raised $125,000 for the move and the “Save Joe” campaign will raise the remaining $200,000 needed.

The cabin’s relocation and rebuild is broken down into three phases. Phase I is the actual disassembly and relocation of the structure, while Phase II is the rebuild. Phase III involves finish work.

Once moved and reassembled, the cabin will be used as a space for expanded educational programming, exhibits and events. It will also be updated with a full-length porch for performances, a catering kitchen and Americans with Disabilities Act-compliant restrooms. The foundation hopes the cabin will be open to the public by November 2023.

“Too many buildings of the past have been lost. Now is the time to come together to safeguard this historic structure as it becomes a useful and vibrant venue for our community,” said Sappington House Event and Volunteer Coordinator Sally Cakouros in a press release.

The main feature of the Sappington House museum is Thomas Sappington’s brick home and the foundation believes the addition of Joseph Sappington’s wood cabin is a prime example of the two different architectural styles in the area from that time.