Historic Crestwood cemetery hopes to get on national register

Effort underway to help get cemetery on national register 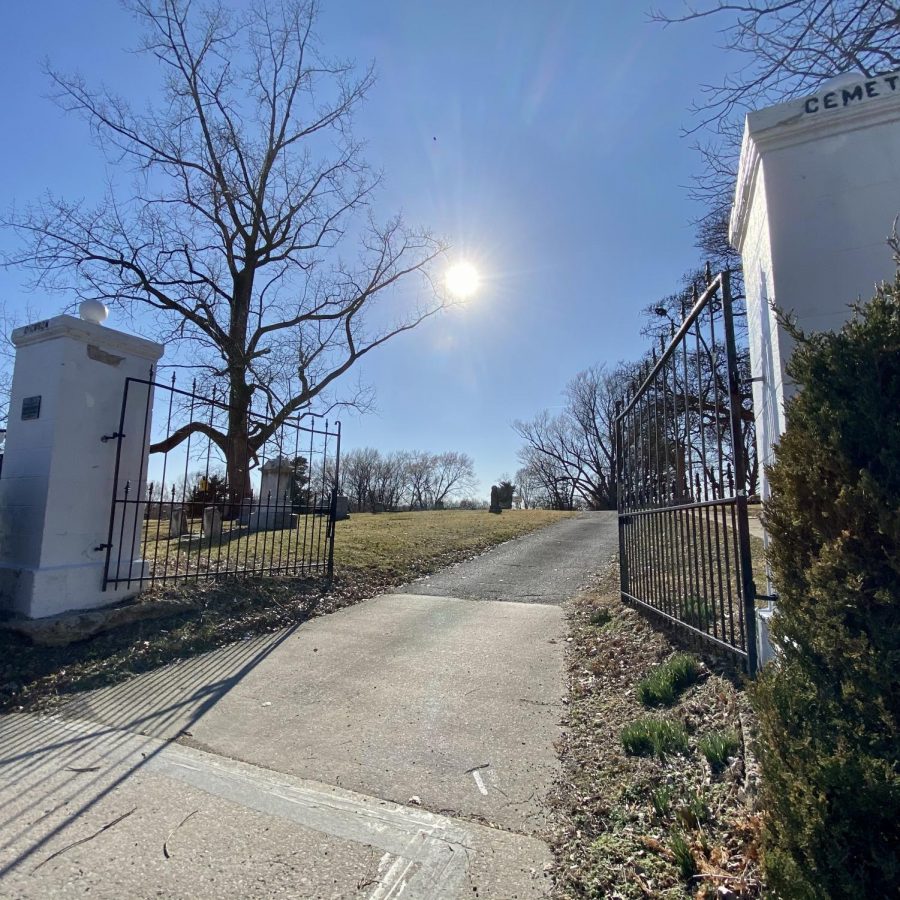 The entrance to Father Dickson Cemetery in Crestwood.

An effort is underway to help get a historic cemetery in South County onto the National Register of Historic Places, and volunteers are needed for the endeavor.

Father Dickson Cemetery, 845 Sappington Road in Crestwood, is a historic African American cemetery and is the final resting place of a large number of African Americans who lived in the early 1900s.

The nonprofit group Friends of Father Dickson Cemetery is preparing to apply for the cemetery to be on the National Register of Historic Places.

People buried in the cemetery include leaders of the Underground Railroad, victims of lynching and slavery and people who migrated north after the Civil War. Moses Dickson, the cemetery’s namesake, was born in 1824 and was a prolific abolitionist, organizing slave uprisings and providing aid on the Underground Railroad, and his burial was the first on-site in 1903. Also in the cemetery are James Milton Turner, the country’s first African American diplomat, and Susan Paul Smith Vashon, the namesake of Vashon High School, the second Black high school in St. Louis.

On Sept. 12 from 1-5 p.m. Friends of Father Dickson Cemetery is holding a grave marker surveying event as part of the application process for the historic register and is looking for volunteers to help with the process. For more information and to sign-up, email PreserveFatherDickson@gmail.com. No experience is required.

Volunteer Melissa Bauer said surveying grave markers would help the cemetery on its way to being registered, which would bring attention and potential funding to help preserve the historic cemetery. Being on the register would also protect it from any government takeover.

The surveying opportunity is in partnership with Lindenwood University through a class taught by history professor Jeffery Smith. Smith and Bauer discussed getting the cemetery on the register, which is a long and complicated process.

Bauer said about 1,000 gravestones are remaining of the original 12,000. Volunteers on Sept. 12 would take measurements and other information related to each marker, which would help get information ready for the register application. Smith’s class of about 10 students will handle the application from there and should have it ready to start the process by December.

According to Bauer, the cemetery was abandoned before the 1990s. At that point, Ernest Jordan, who has relatives at the site, worked out a deal with the owners of the cemetery to care for and repair it. Bauer said when Jordan began caring for it, the cemetery was totally run down — vegetation was overgrown, people would vandalize and steal gravestones and local teenagers would use it as a hangout spot.

“Mr. Jordan is aging and his board is also aging, and that’s what happened with the previous owner — they were aging and moved out of town,” Bauer said. “As Mr. Jordan spends less time in St. Louis, there’s always the possibility because there’s no endowment, that nobody takes over the care of the cemetery … at which point it would be easy for the city of Crestwood to take it over with eminent domain and do what they want to do with the property.”

Bauer first learned of the cemetery while volunteering at Ulysses S. Grant National Historic Site and hosting a bike tour that stopped there.

“Ever since learning about it, it’s just very apparent that it’s a very special place and it needs some larger organization to take over its maintenance,” Bauer said. “I think it’s hugely important to preserve because there are not many sites to preserve Black history in St. Louis County.”

Jordan attempted to appeal to the National Parks Service to get its care taken over by the Grant Historic Site, but that can only happen with an act of Congress, which he felt could not happen while Donald Trump was president. Bauer said Jordan also appealed to Crestwood to take over its care but the city declined.

“It’s disappointing because Crestwood does maintain another historic cemetery with taxpayer dollars,” Bauer said. “In the past, Crestwood has supported the cemetery by increasing police patrols to make sure there’s no funny business going on.”

She said she hopes the city will reconsider the matter if the cemetery makes it on the national register.