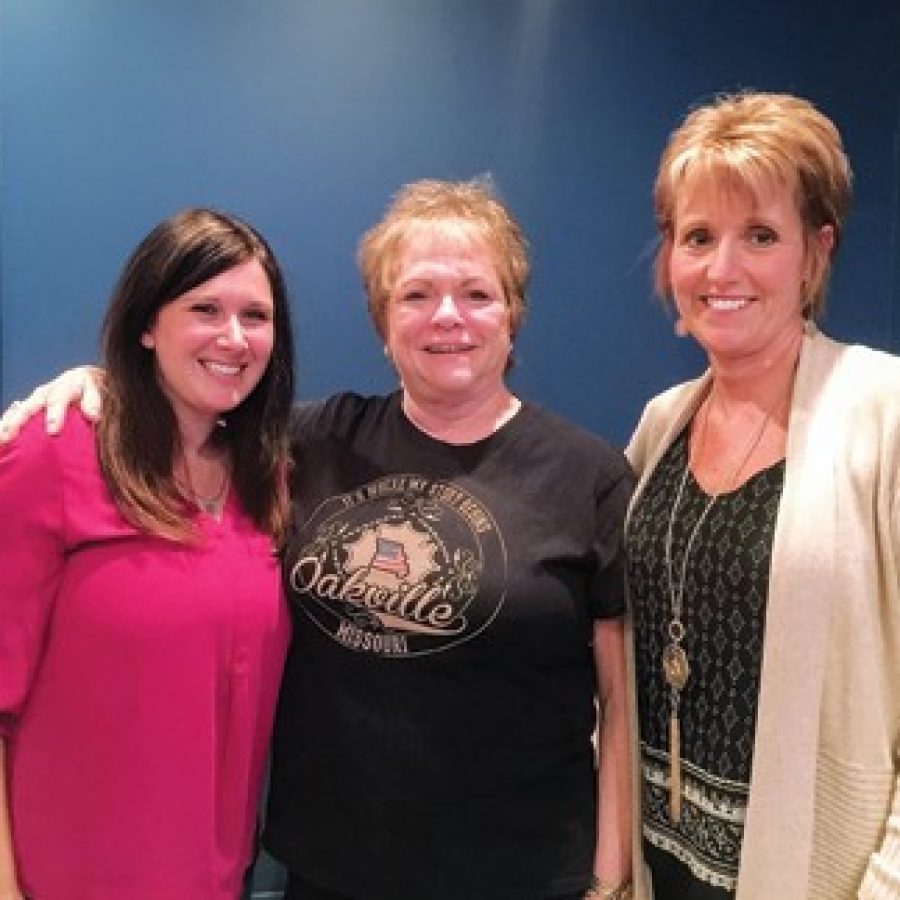 Mehlville Board of Education President Samantha Stormer, left, board Vice President Jean Pretto, center, and Peggy Hassler celebrate their election victories April 4. Three seats were up for election on the Mehlville school board. Gloria Lloyd photo.

Political newcomer Peggy Hassler was the top vote-getter in the April 4 election for the Mehlville Board of Education.

Board member Venki Palamand did not file for re-election.

Stormer and Pretto first were elected three years ago.

Hassler, Stormer and Pretto are scheduled to take the oath of office when the Board of Education meets at 6:30 p.m. today — Thursday, April 13 — in the Mehlville High School Library, 3200 Lemay Ferry Road.

The meeting will be Palamand’s last one. He first was elected to the board in 2007 and served two terms before being defeated in his re-election bid in 2013.

He then was elected to a third three-year term in 2014.