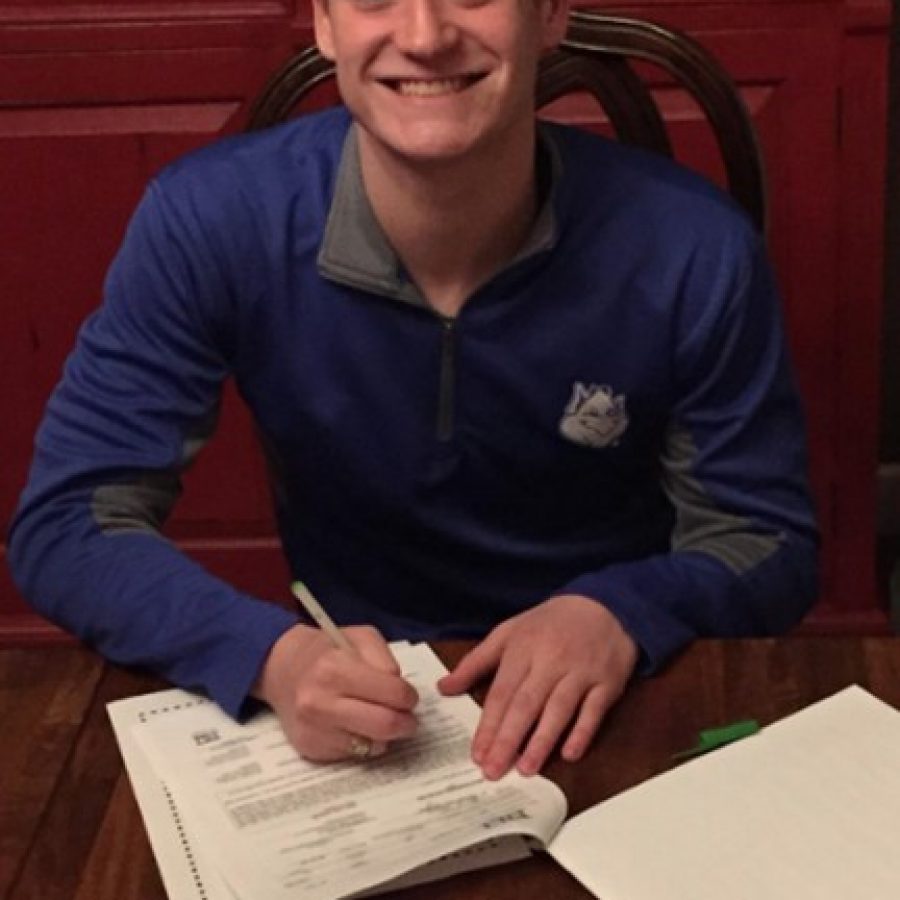 TJ Halliburton signs his National Letter of Intent, committing himself to the St. Louis University swim program coached by his father, Jim Halliburton.

TJ Halliburton, a senior at Chaminade College Preparatory, and a six-year member of the Flyers Aquatic Swim Team, or FAST, recently signed a National Letter of Intent to swim at St. Louis University.

TJ will have four years of college eligibility starting next fall, according to a news release.

At Chaminade, TJ was a six-time Metro Catholic Conference champion and is one of only five swimmers in Missouri high school history to break 50 seconds in the 100 backstroke.

He also swam the fastest backstroke leg of the 200 medley relay in Missouri high school history with a time of 23.32 seconds.

During his time with FAST, TJ was a two-time scholastic All-American and helped the FAST men’s team win the 2015 Spring Sectional Championship by placing in multiple A-Finals. At the 18-and-under National Club Swimming Association Jr. National Championships, he placed in the B-finals.

TJ is rated by

as one of the top three swimmers in the state for 2017 high school graduates, the release stated.

TJ’s father, Jim Halliburton, serves as St. Louis University’s head swimming and diving coach. He expects TJ to become the team’s top backstroker, as well as helping add speed to some of the butterfly and freestyle events.

Jim Halliburton also serves as the head coach of FAST, which is headquartered at Lindbergh High School.

FAST is a silver-medal USA Swimming club, ranked in the top 100 swim teams in the nation.

For additional information about FAST, visit