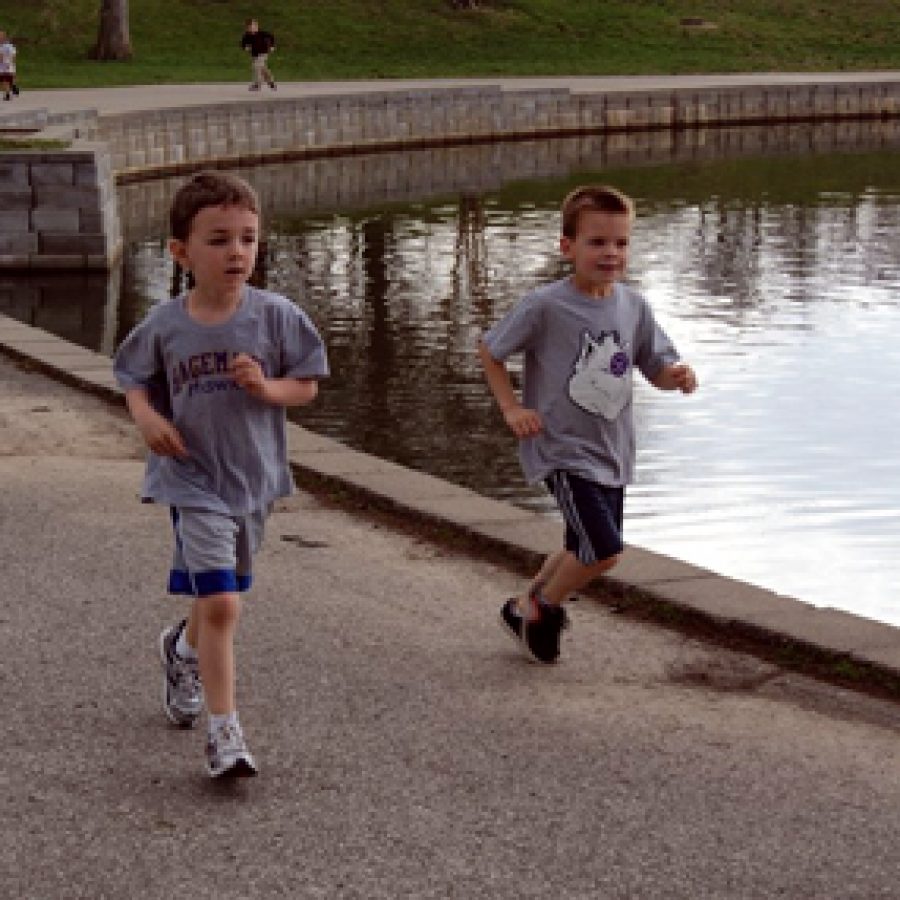 Hagemann Elementary School students had an opportunity to support their school while enjoying the spring weather at the Hagemann Pond-A-Thon last week, and they did both in a big way.

After collecting pledges for the event, which took place April 8 at Suson Park, students circled the pond at the park and celebrated their efforts in raising nearly $3,000 for the Hagemann Parent Organization.

“This was another great example of the staff and parent organization working together to create a great event that would benefit the school,” Hagemann P.E. teacher Jim Scott, who helped organize the event, stated in a news release. “Also, I talk to my students in class and tell them about the importance of exercise and staying healthy by saying, ‘You will have lots of cars, lots of boyfriends/girlfriends and houses, but that is the only body you will ever own — take care of it.'”

Every student at Hagemann was encouraged to participate in the Pond-A-Thon, which was held during each grade level’s P.E. and music periods, as a healthy activity aligned with a national push in April to limit the amount of time spent watching television. After circling the Suson Park pond for about 35 to 40 minutes, students enjoyed a healthy snack before returning to school.

The HPO plans to spend the nearly $3,000 raised during the Pond-A-Thon to update technology at Hagemann.