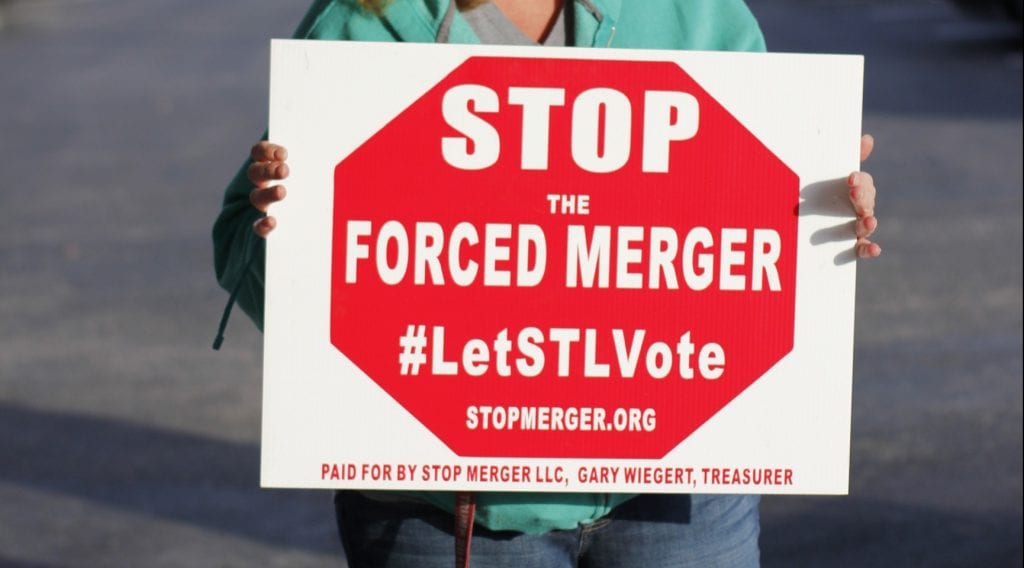 Green Park passed a resolution against Better Together and a statewide vote for a city-county merger at the March 18 Board of Aldermen meeting.

The resolution states that the city “opposes any statewide vote on a constitutional mandate affecting the governmental organization of the city of St. Louis and St. Louis County and the municipalities therein” and that the board recommends local discussion and local votes on a merger, using the Board of Freeholders process.

The resolution, which was approved unanimously, is one of multiple things Green Park is doing to raise awareness about the statewide vote on the merger and the merger itself. Like nearby Sunset Hills and Crestwood, Green Park has a petition at City Hall for residents to sign that opposes the Better Together process and instead uses the Board of Freeholders to determine if the county and city should merge.

Ward 1 Alderman Tony Pousosa said that a group had been put together, dubbed “Stop the Merger, LLC,” which is focusing on outstate and rural outreach about the merger and statewide vote.

“This is a nonpartisan issue. It crosses party lines,” said Pousosa, who is the Concord Township Republican committeeman. “I’ve spoken to Democrats, Libertarians, Constitution Party and they’re all, for the most, onboard against a statewide vote.”

Resident Donald Lattray, who lost the race for Ward 2 alderman April 2, spoke in support of Better Together during public comments at the meeting and questioned the legality of the city discussing its efforts to educate voters on the merger.

“This gentleman here keeps talking about Better Together,” said Lattray, referring to Pousosa. “The negative side of it, nothing about the positive… This could lead into a lawsuit. Because if they bring a Better Together guy in from the organization that is privately funded with a recorder and listens on this, you could be sued because you’re not representing both sides because you’re spending our money on one side.”

City Administrator James Mello responded that the city had not spent any of its money to raise awareness about Better Together.

“You’re sitting here talking about it on my dime,” said Lattray. “This is a public meeting… my city money. I think you’d get sued.”

Following Lattray’s comments, City Attorney Paul Rost said that under state statute, mayors and individual elected officials don’t lose their First Amendment rights and are free to share their own opinions. The only thing prohibited would be the city directly spending city money to campaign for or against a ballot measure.